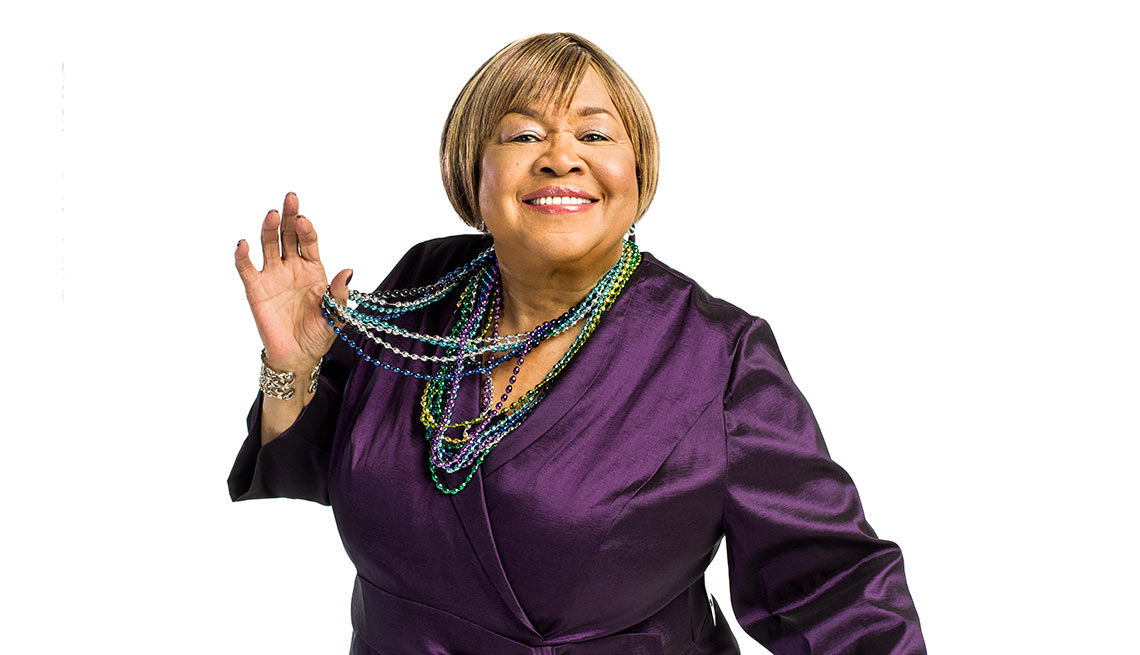 Mavis Staples still remains marvelous with a 50-year plus career.

Mavis Staples has one of the most captivating voices in American music. As a mainstay of the gospel/soul Staple Singers, she uncorked that espresso-flavored contralto to sing lead on such hits as "I'll Take You There," "Respect Yourself" and "If You're Ready (Come Go with Me)." Thanks to the group's involvement with Martin Luther King Jr., her voice also became synonymous with the civil rights movement.

In 2015 we were treated to a four-disc retrospective box set, Staple Singers: Faith & Grace — A Family Journey 1953–1976. Then came a documentary, Mavis!, which debuted in 2016 on HBO. The film showcases the singer's extraordinary half-century (and counting!) career, shining light on her late-career renaissance as a Grammy-winning solo artist. We also got to hear insightful perspectives on her work from the likes of Bonnie Raitt, Chuck D. and Bob Dylan; the last famously asked Mavis to marry him when she was barely 20.

After recording Livin' on a High Note, Staples she sat down to share her thoughts about Mavis! and her record producer M. Ward.

Q: How does it feel to be the subject of a documentary?

A: I resisted it at first. "I'm so tired of telling my story," I told my manager. "I've told it over and over in interviews." But then I thought, if I'm already thinking it's time for me to retire, maybe I should document how my family, the Staple Singers, has tried to make the world a better place through our song.

Q: In the film you talk a lot about your late father, Pops Staples. Did he have a crucial life lesson for you?

A: We were about to go onstage one night in New York when I was maybe 14 years old, and the group before us was jumping and moving all over the stage. So when I got onstage, I did some stuff like that. Pops snatched me off. "Let me tell you something, baby," he said. "You're singing sacred music — you don't need gimmicks. Stand there, and sing from your heart. What comes from the heart reaches the heart." I never forgot that.

Q: Mavis! also touches on your work with Prince in the late '80s and early '90s.

A: He was crazy about Pops, too — he called Pops Junior. One time we were doing a TV special on Prince, and Pops was strumming his guitar backstage. Prince walked past and said, "You gonna play tonight, Junior?" Pops said, "What you call me, boy?!" Prince came back and said "Junior," then ran off. [Laughs] Daddy said, "Boy, if I catch you ..." It was so funny. Q: The producer of Livin' on a High Note, M. Ward, is a fellow musician himself, one-half (with Zooey Deschanel) of the indie band She & Him. What was it like to work with him?

A: I like the way he works, so I kind of fell in love with him. He arranged for every song on the album to feature a different songwriter, from Valerie June and Benjamin Booker to Nick Cave, Aloe Blacc and Jon Batiste. I really enjoyed those recording sessions.

He even wrote a tune on the new record, called "MLK." I choked up as we laid it down because I remember Dr. King's speech so well; as I was singing it, I could just see him.