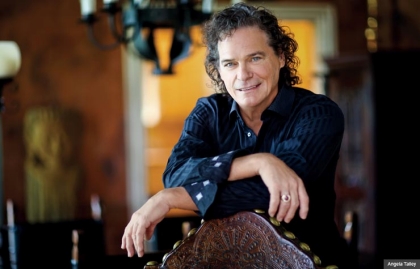 At 71, B.J. Thomas is back, making music with Vince Gill, Lyle Lovett, Keb' Mo' and more on his new CD, "The Living Room Sessions."

As a new decade dawned in January 1970, the Vietnam War raged on, the Beatles broke up, the Apollo 13 mission narrowly avoided tragedy, political unrest spilled into the streets and Oklahoma-born B.J. Thomas had a splashy new hit in "Raindrops Keep Falling on My Head."

Sign up for AARP's free Leisure Newsletter — and get movie reviews, great games and more every month

While popular tunes on the radio then often reflected the turbulence of the times, Thomas' signature song, written by Burt Bacharach and Hal David for the 1969 Western outlaw classic Butch Cassidy and the Sundance Kid, was both robust and soothing: "Because I'm free / Nothin's worryin' me." It topped the Billboard singles chart for four weeks straight.

Now, more than 40 years later, those "Raindrops" are falling again.

Thomas, who turns 71 next month, has reinvented the past for the present with acoustic interpretations of 12 of his best-known hits on a collection titled The Living Room Sessions, which entered the Billboard country charts at No. 39. While the recording was done in a Nashville studio, the mood is intimate and relaxed, each track performed live with minor redubs. (See Thomas performing in the video below.)

"I thought it was a good way to reintroduce me to a new audience," says Thomas, speaking from his Arlington, Texas, home, of his first release on the indie label Wrinkled Records. He at first resisted revisiting such favorites as "Hooked on a Feeling," " I Just Can't Help Believing" and "Rock and Roll Lullaby." "But someone said, 'Do it unplugged.' It was a lot of fun to go back and do them with a new feel."

Adding to the album's appeal, many of the tracks are duets with fellow artists, including Lyle Lovett, Vince Gill, Richard Marx and Grammy-winning blues musician Keb' Mo'.

"I had my wish list, and I went to them one by one and everyone was willing to do it," he says. "It was pretty flattering." One sentimental choice for a partner was Sara Niemietz, 21, who first made an impression on Thomas as a 4-year-old fan who joined him onstage and sang "Hooked on a Feeling." They share an encore of that moment together on the new album.

"She's listened to a lot of my recordings and they influenced her voice," he says of his protégé, who has since done soundtrack work and acted on Broadway. "She is the best female singer I've heard in my life."

Next page: Battling demons, valuing love and planning what's next. »

Even the greatest singers, like Frank Sinatra in his later years, aren't immune to losing vocal power as they age and often resort to a more comfortable register. But not Thomas. As he says: "Lowering the key takes away from how the song is supposed to be sung and how people recall it in their memory."

AARP Members! Save 15% off of any regular-priced touring show by Premiere Live Events

Besides, he sounds as strong as he did back when he had his first hit, a 1966 cover of the country standard "I'm So Lonesome I Could Cry" by one of his heroes, Hank Williams. And he still has all that wavy hair — although more than a few strands are gray. 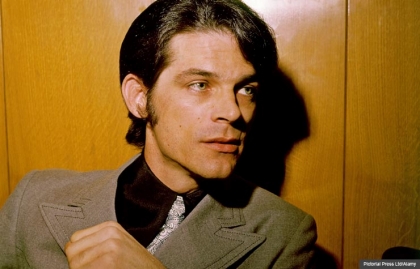 At this time of life, you are susceptible to [all] kinds of things, like reflux," says Thomas, who does up to 80 concerts a year. "But I watch what I eat and get enough sleep."

No medicinal hocus-pocus for him, however. "If I did have some special potion to drink, I'd have a superstition about it, especially if I forgot to take it. If my voice gets rough and tired after hours of recording, I just stop for an hour and eat a bite of something and come back."

The singer wasn't always so careful about his own well-being, however. While Thomas was never in Ozzy Osbourne's league when it came to substance abuse, he did struggle with alcohol and drugs early in his career.

"It was part of our generation," he says. "It is a societal thing. My dad, God bless him, had his problems and transferred them over to me. He was a huge hero to me, and I wanted to be just like him. And alcohol problems transferred into drugs. It was detrimental to my marriage and career. There were some things I wasn't able to do because of these things. You don't know when you are young how important some decisions are."

Thomas was able to overcome his addictions, including relying on "the usual self-help things. The whole ball game. Psychological, spiritual."

Having a devoted spouse who stood by him through it all didn't hurt, either. "We are still in love," he says of Gloria, his spouse of nearly 45 years (their anniversary is in December), mother of three grown daughters and grandmother of four.

It was Gloria's idea to leave New York and move back to Texas, where he was reared. "The main thing is that we never gave up on each other. Even if I never had any music success, I would still have a great family, a great marriage. And that's who I am."

Not that he plans to stop making music anytime soon. After working with Keb' Mo' and idolizing the likes of Bobby Bland, Ray Charles, Jackie Wilson and Elvis Presley, Thomas — who has already mastered pop, country and gospel — will try to conquer a new genre.

"My next project that is planned for late 2014 will be a full-blown R&B album, including a full horn section," he says. Meanwhile, Thomas — whose initials stand for the all-too-common Billy Joe — has a birthday to celebrate on Aug. 7. "I don't feel like I am 71. But there it is."

Not that he can deny it. "I made the mistake of putting my birth certificate on the back of an album, so I can't cheat. I had no idea I would live past 30."

Susan Wloszczyna is a freelance writer specializing in entertainment topics for AARP Media.