Me, on the left, with my friend Todd, the art student, getting artsy somewhere in Jackson Heights, New York, sometime in the '60s.

They dropped from the sky on a windy February day, the unlikeliest band of conquerors America had ever seen. Though their music had preceded them by many months, this encounter in the flesh turned out to be nothing short of life-altering for millions of Americans.

Like proper English lads, the Beatles wore jackets and ties, but make no mistake, they were avatars of a cultural revolution. Droll, irreverent, they mocked dumb questions from their elders in the press, with British wit. Reporter: "How did you find America?" John Lennon: "Turn left at Greenland." Reporter: "What do you call your hairstyle?" George Harrison: "Arthur." 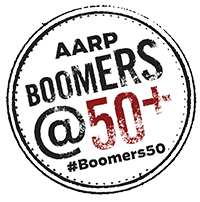 Like Penelope Rowlands, who wrote and compiled our tribute to Beatlemania, I was a freshly minted teenager in 1964. Like her — and 40 percent of the entire U.S. population — I was glued to the TV set a few days later when Ed Sullivan introduced "these youngsters from Liverpool."

The Beatles never asked to be role models, but we idolized them anyway. We listened in amazement as they reinvented themselves with each new album, testing the limits of their talent and their friendship. They taught us to be citizens of the world. From gritty post–World War II Liverpool, they turned west, to Memphis and Nashville, for inspiration; later, to the east — to India — to recharge their music and their souls.

Many of us took the ride with them. We meditated, formed rock bands with our friends, wrote songs, made artsy album covers (like the photo here, taken with my lifelong friend Todd Ryan).

As I ponder the impossible passage of 50 years, I find it easy to slip back inside the skin of an awkward, scrawny teenager dropping the needle on a 45 rpm single, listening for clues to life's mysteries. In that way, I am typically American: According to an intriguing new AARP survey on attitudes about aging, a stunning majority of us — 85 percent! from 40 to 90 years old! — say they don't feel old ("You're Old, I'm Not"). And as we all celebrate this joyful anniversary, I say anything that keeps us feeling younger than our years, without a copay, cannot be bad — yeah, yeah, yeah.