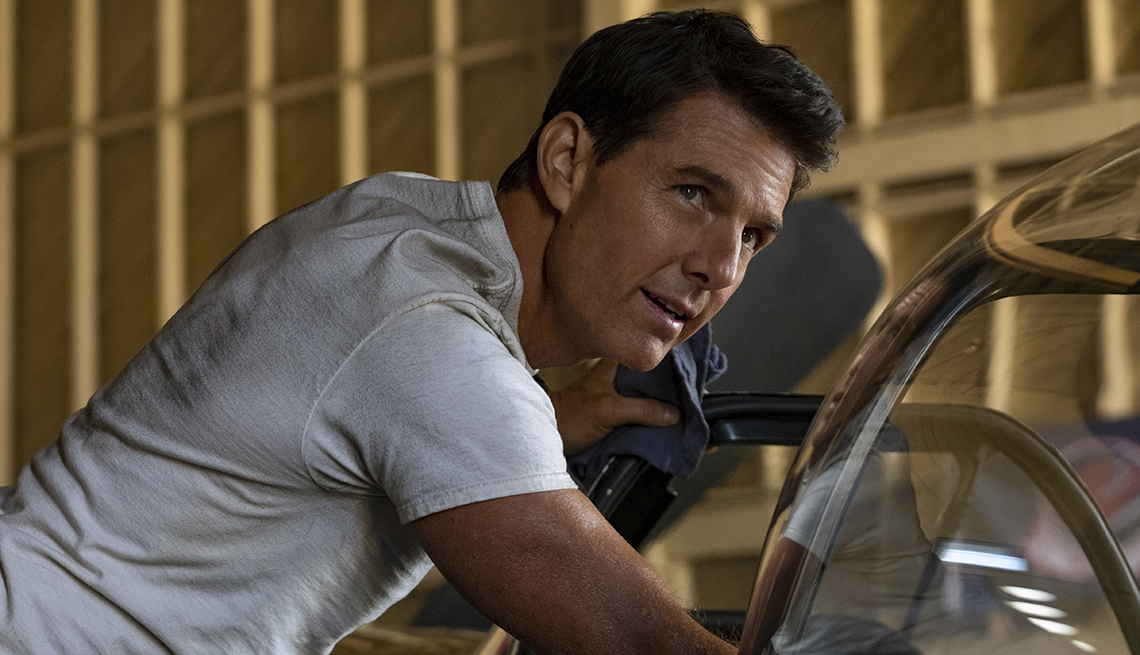 En español | Grab your aviators and head for the runway. The summer opening of Top Gun: Maverick — the 2020 sequel to Tom Cruise's 1986 flyboy blockbuster — may have been pushed back to December, but we can still ride into the danger zone this spring. To celebrate Top Gun Day (May 13), a newly remastered, 4K Ultra HD Digital version of the original film (with lots of new interviews) has hit streaming platforms including Amazon and iTunes. (For Blu-Ray fans, the 4K version ships Tuesday.)

But that's just the bow of the aircraft carrier. The 57-year-old superstar has made more than 40 movies, and while not every one is worth revisiting (Rock of Ages, anyone?), the best of the batch are American classics. Welcome to Tom Cruise's top 10 movies of all time, ranked. Because it's time to bring back that lovin’ feelin'.

In one of history's great acting duels, Cruise, as a callow military defense attorney trying to save two recruits accused of murder, faces formidable officer Jack Nicholson, who bellows, “You can't handle the truth!” Aaron Sorkin wrote this dazzling courtroom drama on cocktail napkins at his bartender job, and it made him famous enough to create The West Wing and The Social Network.

Another duel, between Cruise as a young pool shark and Paul Newman as Fast Eddie Felson on a comeback. Newman got an Oscar nomination as young Fast Eddie in 1961's must-see The Hustler and won the Oscar for this — partly because of Cruise's star-power support.

After six years as a megastar, Cruise got his first Oscar nomination in Oliver Stone's adaptation of Ron Kovic's memoir about the Vietnam War and his campaign against it. Once again, Cruise's fiery genius helped win an Oscar — this time for director Stone.

In a beautifully moody Michael Mann thriller set in East L.A. after dark, when coyotes and furtive people wander the streets, Jamie Foxx is a cabdriver who picks up Cruise, the nattiest assassin you ever saw. His fare is hundreds of thousands, and all he has to do is help kill five trial witnesses — and survive.

In a grownup role for a forever-young star, Cruise plays a high-tech cop who busts perps before they commit the crime. When director Steven Spielberg made this paranoid futuristic tale by sci-fi master Philip K. Dick (Blade Runner), he said, “I'm in my mid-50s — I'm no longer afraid of the dark.” Cruise doesn't crack his famous smile, and as a result you take him dead seriously in a dark, smart thriller.

All the M:I flicks are fine, but the sixth's the best, partly because Cruise's Ethan Hunt is a guy in his 50s — after stunts, he hurts like we do (Cruise actually broke his ankle on camera). Ethan hunts plutonium terrorists, races through Paris and London, skydives (warning another diver not to open the chute late or “the last thing that goes through your mind will be your knees"), and pilots a chopper spinning out of control inches from snowy Asian mountaintops. What a ride! What a buildup of tension and sublime release!

Cruise plays a selfish California cad forced to go on a road trip with a sweet, idiot-savant older brother he never knew (Dustin Hoffman), to try to cash in on their father's inheritance and use the older brother's odd gift to win big in Vegas. Again, everybody but Cruise got Oscars (for best picture, actor, director and original screenplay), and they owe it partly to his supportive genius.

In a brilliant, generation-defining youth comedy that Roger Ebert put on a par with The Graduate, Cruise is as good as Dustin Hoffman was in the hit that made him a star. Sliding on socks into his first iconic scene in his underpants while belting out “Old Time Rock ‘n’ Roll,” Cruise instantly hit the A-list and never left.

Cruise's greatest achievement is his rebelliously idealistic sports agent Jerry, who quits his firm, champions an underdog client (Cuba Gooding Jr.) and courts his accountant colleague (Renee Zellweger) — he had her at “Hello.” The deeply authentic romantic comedy (that's also slick as a pop tune) got Gooding an Oscar, plus nominations for best actor (Cruise), best picture and best screenplay (for writer-director Cameron Crowe, who wrote it as a critique of his movie-biz experience).