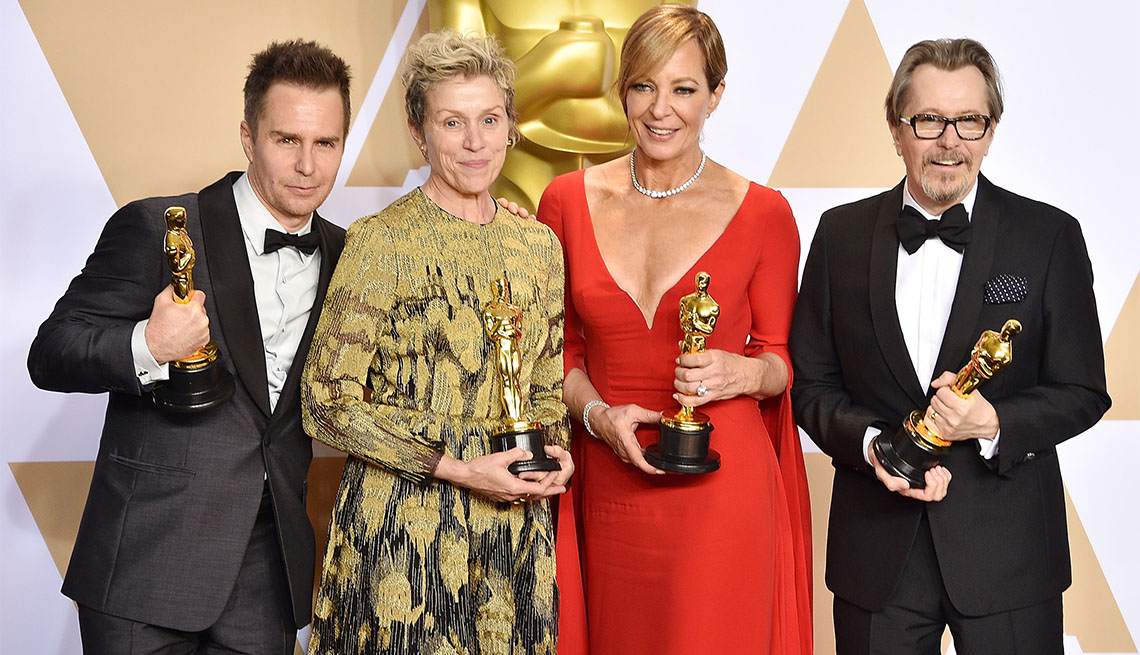 From left: Sam Rockwell, Frances McDormand, Allison Janney and Gary Oldman with their Oscars at the 90th Academy Awards.

Experience earned Oscars Sunday night at Hollywood’s 90th Academy Awards: Most winners of the top-line honors were 50 or older, and James Ivory, writer of Call Me By Your Name, became the oldest competitive Oscar winner ever. He is 89.

Lively Sam Rockwell, who will celebrate his 50th later this year, earned his best supporting actor Oscar for Three Billboards, and Allison Janney, who has a bushel of nominations and wins for her work on screens small and large, won her first Oscar as a supporting actress for I, Tonya. (She has seven Emmys for various television works.)

Other over-50 talents who took golden statues home included Roger Deakins, 68, nominated 14 times, who won his first Oscar for best achievement in cinematography for Blade Runner 2049; and Alexandre Desplat, 56, who won his second Oscar of nine career nominations for original score.

Desplat paid tribute to his mother, who will turn 90 this year. Oldman, who has been picking up awards all season (including AARP’s Movies for Grownups) also noted his mother, 99, who he said was watching from her couch. He told her, “Put the kettle on. I’m bringing Oscar home.” 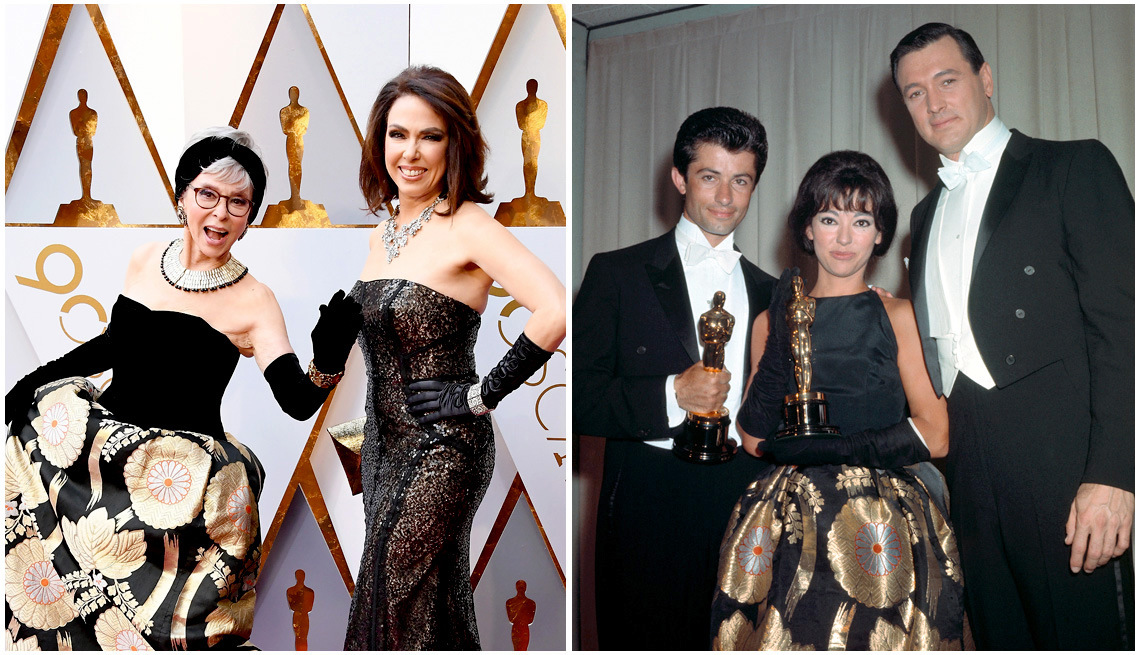 Did Rita Moreno's gown at this year's Oscars look familiar to you? The black-and-gold masterpiece was the same one the actress wore to the 1962 Oscars. The only differences this year: The top was strapless, and she added some accessories.

Academy Awards producers – celebrating the milestone 90th anniversary – showcased, in presenting roles, still stunning legendary Oscar winners Eva Marie Saint (On the Waterfront), Rita Moreno (West Side Story), Jane Fonda (Klute and Coming Home) and Helen Mirren (The Queen). They also put the spotlight on Christopher Walken (The Deer Hunter) as presenter; Wes Studi (Dances With Wolves), a veteran of the Vietnam War, who introduced a tribute to war movies as a thanks to men and women serving in the military; and Eddie Vedder, 53, who sang Tom Petty’s Room at the Top in tribute to artists who died in the past year.

In a brilliant stroke, producers brought back last year’s best picture presenters Bonnie and Clyde costars Warren Beatty and Faye Dunaway to give the award to The Shape of Water. Last year the duo presided over the mistaken best picture award, reading an incorrect envelope.

In addition to the top awards, many others — from hair and makeup to costume design to visual effects — were won by veteran practitioners. Said Lee Smith, who won his Oscar for film editing on the nominated Dunkirk: “This is the most awesome thing to happen to a guy like me.”