(Video) A Hologram for the King Movie Trailer: Tom Hanks plays a U.S. businessman in Saudi Arabia awaiting the chance to pitch his product to the country's king

The best thing about A Hologram for the King is that we get to have fun with Tom Hanks again.

As fine an actor as Hanks is — witness his two Oscars — not since You've Got Mail way back in the last century have we been able to sit down in a movie theater and have a good laugh with him.

A Hologram for the King isn't a comedy per se; it's the straightforward story of a U.S. businessman named Alan (Hanks) stuck in Saudi Arabia while he awaits the chance to pitch his company's new holographic conferencing system to the country's king. But because nothing much happens in the film — the humor and the minimal action arise largely from Alan's increasing exasperation in the face of Middle Eastern bureaucracy — we can focus on how pleasant it is to hang with the most likeable man in the movies.

This is true from the film's first moments, a dream sequence in which Alan appears in an alternate-universe music video of the Talking Heads' "Once in a Lifetime" (you can see most of it in the movie's trailer). Hanks' affable presence provides the film's quiet spark throughout as Alan feigns optimism for his young business colleagues, patiently tries to negotiate in an alien culture and emotionally shields himself from his problems back home: a bossy boss, a bitter ex-wife and a once-promising career that is now on the skids half a world away from his comfort zone. 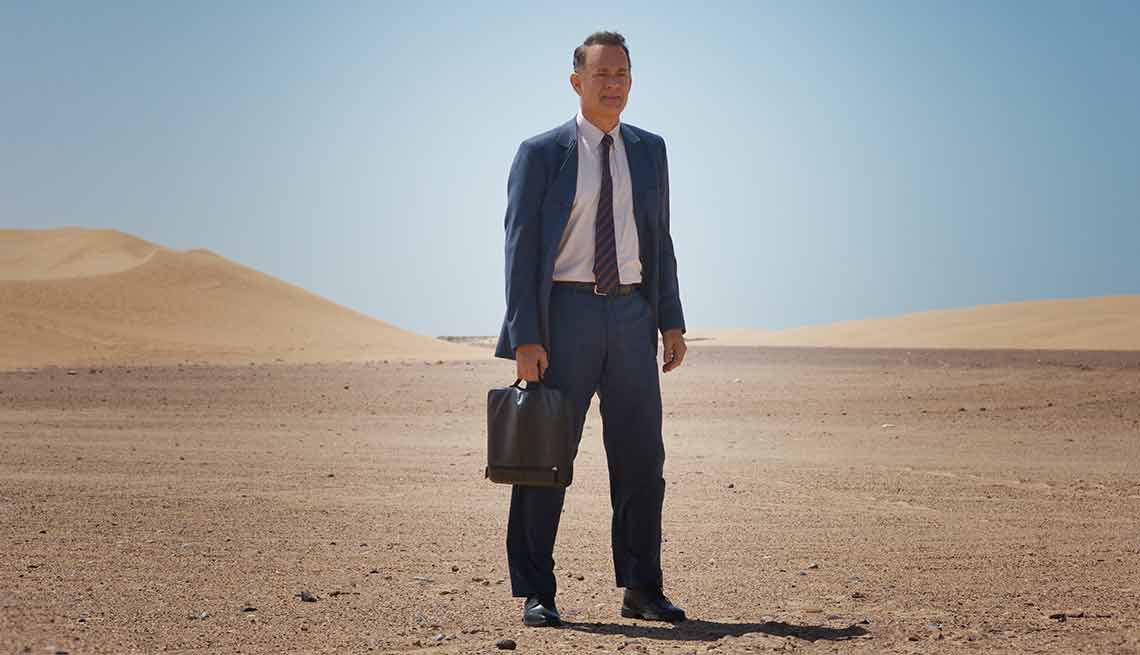 Best of all, Alan finds unlikely love with a Saudi Arabian doctor (Sarita Choudhury of TV's Homeland) who is herself something of an alien in a culture that showcases her as a model of modernity while elsewhere oppressing women at every turn.

In many ways, A Hologram for the King is a companion piece to Bill Murray's Lost in Translation (2003) about a faded movie star trying to find professional redemption in Tokyo. Like that Oscar-winning film, Hologram's strongest quality is its focus on an eminently genial character, uncertain of his future, his feet sinking (this time literally) in the sands of time.