An inspiring true story of human creativity blossoming under the scorching heat of government oppression, Desert Dancer succeeds both as a drama and as a rare example of a dance film done right. The movie's protagonists are young, but their battle against mindless authority is ageless. 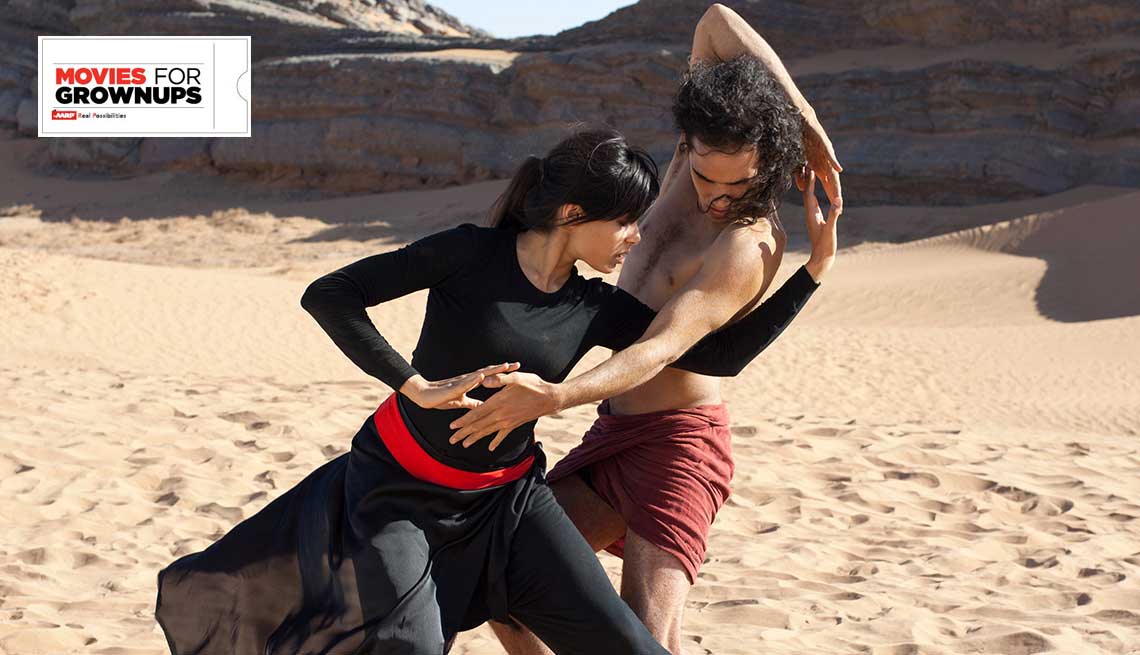 If the narrative of "Desert Dancer" is distractingly predictable, the film is rescued by a number of dreamy dance interludes.

Afshin Ghaffarian (Reece Ritchie) has grown up under Iran's revolutionary government, entertaining his grade-school classmates with impromptu dance performances inspired by bootlegged Western films, most notably Dirty Dancing. He also gets his knuckles rapped a lot by teachers.

Under the country's sharia-influenced laws, dancing is even worse than boys and girls holding hands, or girls going out without head coverings, or, well, just about anything else. The only thing the government permits its citizens to do, it appears, is rat one another out — an activity that borders on a national pastime.

But as Gene Kelly sang in Singing in the Rain, "Gotta dance!" Afshin manages to enroll in a semiofficial arts school, where a kindly teacher (Palestinian-Israeli actor Makram Khoury) shows his students how to walk the tightrope between artistic fulfillment and official tolerance.

A decade later, Afshin is at the University of Tehran, where he's delighted to meet some similarly creative students; they introduce him to the city's teeming-but-forbidden culture of secret nightclubs, hard liquor and harder drugs. Afshin and his new pals conspire to form an underground dance troupe, rehearsing in an abandoned building. Inevitably, the urge to perform in public begins to tug at them. But how do you find an audience when you can trust almost no one? And where do you perform when the show you're planning could land you in jail?

Clearly, the story of Desert Dancer raises the stakes on the old Judy Garland-Mickey Rooney formula — "Hey, kids, let's put on a show!" — but this gang's plucky determination springs from that same corner of the creative cortex.

If the narrative of Desert Dancer is distractingly predictable, the film is rescued by a number of dreamy dance interludes. Choreographed by Akram Khan, each dance is filmed in long, lingering sequences — a welcome change from the manic, edit-each-motion-into-a-dozen-shots technique that has hijacked dance films since 1980, when Bob Fosse and Alan Heim won an Oscar for All That Jazz.

The dance performances here, particularly those of Ritchie and Slumdog Millionaire costar Freida Pinto, are often mesmerizing. (Welsh actor Tom Cullen, best known as Downton Abbey's Lord "Tony" Gillingham, doesn't quite fit in as the dance troupe's third performer, but that dimply smile excuses any faux pas.) A pair of first-timers — director Richard Raymond and screenwriter Jon Croker — immerse us in the cloak-and-dagger stratagems that define everyday life in their vision of Iran. Many people survive by seeking out closed-door moments of personal freedom, desperately sucking them in like drowning swimmers gasping for air.

That stark portrayal of an Iranian populace crushed by oppressive overlords comes at an interesting juncture, as the U.S. and Iran conduct their own pas de deux over a nuclear weapons deal. We leave the theater loving the people of Iran — and longing for the moment when their leaders stumble over their own feet and fall.