The Internet makes us many things:

So why do so many of us suspect it's also destroying our lives? 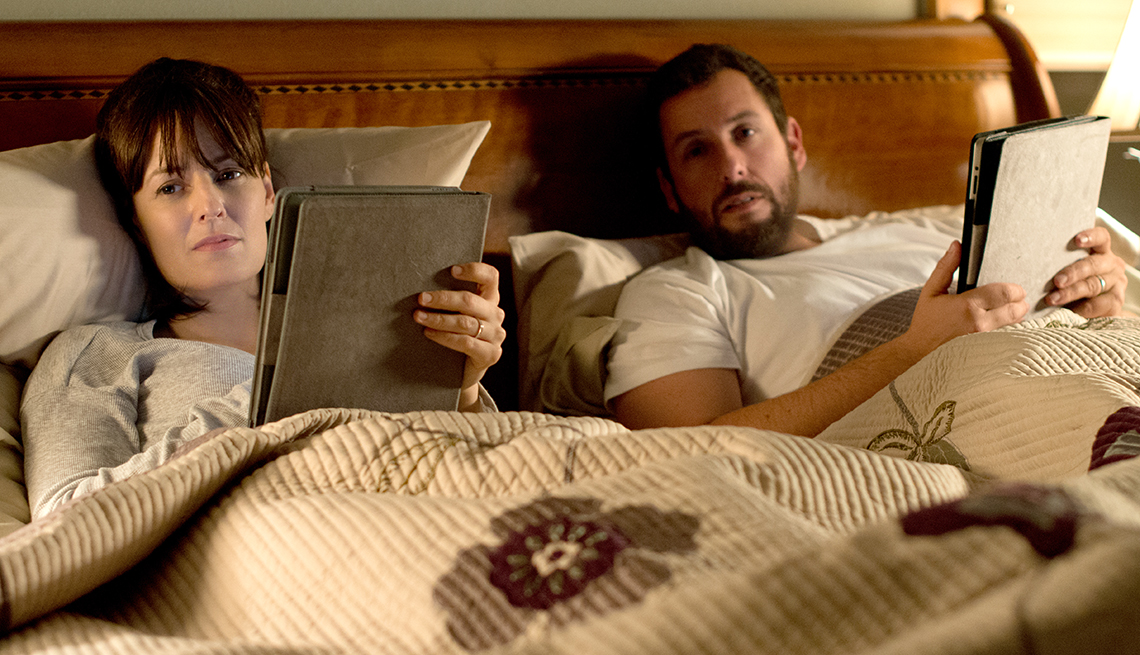 That's the notion incisively and at times ingeniously explored by writer-director Jason Reitman in Men, Women & Children. It's one of those movies with a great tangle of characters who are linked in various ways, from the intimate to the vaguely familiar. They all live in a small Texas town, and they are all digitally impaired in a way that has nothing to do with knowing how to download "Angry Birds."

Reitman has nothing but sympathy for these characters; oddly, he reserves judgment for an obsessively vigilant mother (Jennifer Garner) who is hell-bent on keeping her teenage daughter pure in mind, body and laptop. Mom uses every tracking and keystroke-monitoring app known to geek-kind to surveil the girl's online life; Daughter, like any self-respecting offspring, is generally one step ahead of her all the time. She's a good kid, but eventually Mom takes her intrusiveness an unforgivable step too far, with near-tragic consequences.

The lesson learned by most of the characters applies to every aspect of life, be it browsing or browbeating: "In all things, moderation." But as the film ended and the lights came up, the souls around me weren't chatting about the film with their companions; instead they whipped out smartphones to tweet instant reviews to distant "friends." As I crossed the theater lobby, movie posters exhorted me to "Like" films that haven't even opened yet.

Outside the sun rained glory on the sidewalk, but were people basking in the brilliant light? No, they were cursing it for washing out the images on their touch screens. At a downtown restaurant, married couples thumbed their phones and grunted to each other, while the girls texting furiously in the next booth giggled in an up-to-no-good way.

As the film's unfortunate band of Web victims, Reitman's cast is uniformly pitch perfect. Sandler and DeWitt are an appealing pair — so much so you wonder at their pointless wandering. Judy Greer is a hoot (as always) as the mom who unwittingly offers her daughter's pictures to creepy "webrats." Emma Thompson provides a classy narrator's track, presumably inspired by the text of the 2011 Chad Kultgen novel on which the film is based. And Garner, all lips and eyes, is both adorable and scary as the maternal equivalent of Homeland Security.

Reitman is correct, I think, in his indictment of our society, which has become not just wired but thoroughly trussed up. He comes down too hard, though, on the one character in Men, Women & Children who is caring and perceptive enough to see from the start where all this connectedness is heading.