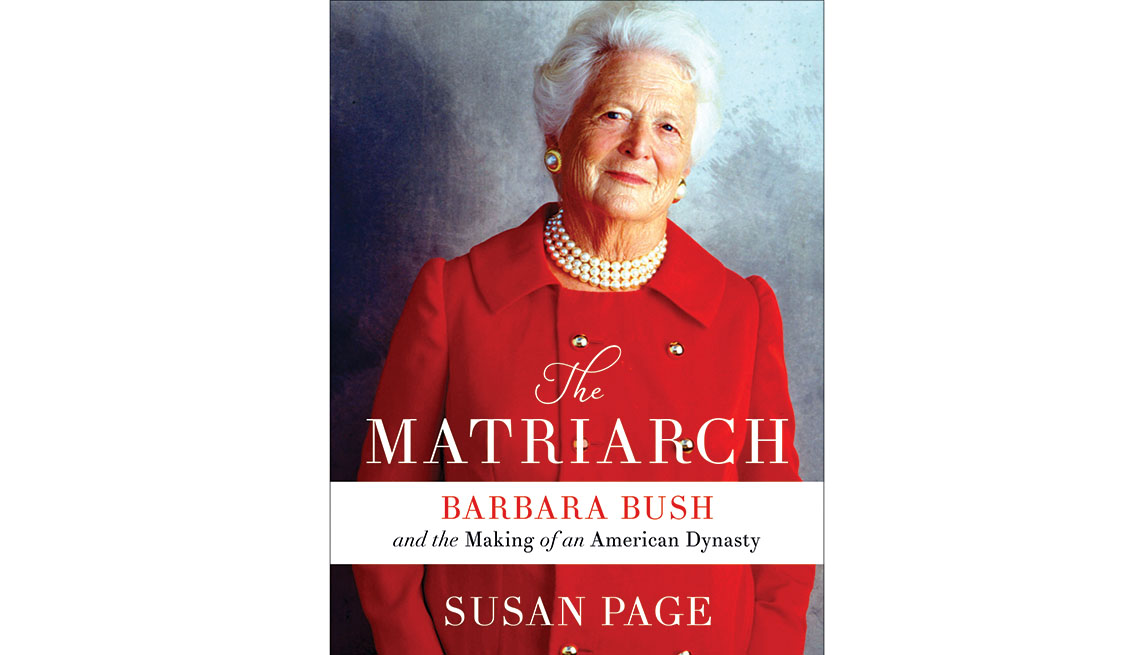 “What struck me was that voters thought they knew her, but they didn’t really understand her,” says Page. “They'd say, ‘Oh I love her, she’s such a grandmother. I wish she were my grandmother.’ And she was a grandmother, but that was such an incomplete picture of who she was. She was much more complicated than people thought ... and routinely underestimated.”

Page’s new biography of the former first lady, The Matriarch: Barbara Bush and the Making of an American Dynasty, describes many aspects of her life, including her love for her husband, George H.W. Bush, and her evolution into a formidable political strategist. But the author, who interviewed the Bush family matriarch before her death last year and was given access to her diaries, was particularly struck by the friction between Barbara and her predecessor in the White House, first lady Nancy Reagan. The chill ran particularly high in the eight years that Bush served as Ronald Reagan’s vice president.

Page says, “I think we all knew that Barbara Bush and Nancy Reagan weren’t pals, but I had no idea what was going on behind the scenes — the extraordinary tension that from Barbara’s point of view came mostly from Nancy. Now, Nancy Reagan, if she were here, maybe she would dispute that, maybe she would say it’s not her fault. But I found it remarkable.”

The following is an excerpt from The Matriarch: Barbara Bush and the Making of an American Dynasty by Susan Page:

They were so alike, and so different. 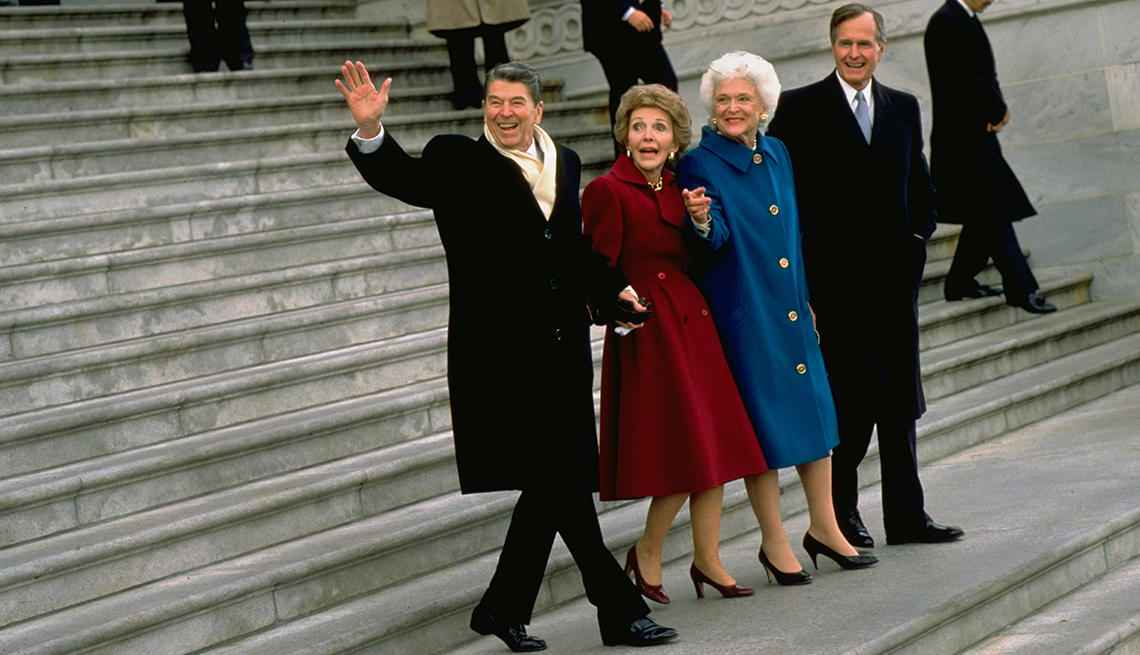 Indeed, the two women were distantly related, although there are no signs that either of them ever realized it. Their common ancestors were Edward and Margaret Marvin, a sixteenth-century couple from Essex, England. The Marvins’ son Matthew, Nancy’s direct ancestor through her biological father, immigrated to America in 1635 or 1636. His brother Reinhold, Barbara’s direct ancestor through her father, followed about a year later. That made the two women tenth cousins.

Even without that obscure connection, Nancy Davis and Barbara Pierce could have been sisters. Both were born in hospitals in Manhattan, and almost exactly four years apart, in 1921 and 1925. (As an adult, Nancy routinely shaved two years off her age, making the two seem even closer.) Both would ruefully remember themselves as chubby little girls. Both were no better than middling students at private all-girl high schools — Nancy at the Chicago Latin School for Girls, Barbara at Ashley Hall in South Carolina. Both attended Smith College, one of the elite Seven Sisters schools in New England, though their paths never crossed on campus. Nancy graduated from Smith in the spring of 1943; Barbara arrived at the Massachusetts school that fall.

Both married men they adored — Barbara at age nineteen, dropping out of college when she did; Nancy at age thirty, after pursuing an acting career in Hollywood. And both served as unswerving defenders of and true believers in their husbands. During the long political journeys that took Reagan and Bush to the White House, Nancy and Barbara each emerged as a trusted sounding board, an influential adviser, and, at times, a feared enforcer.

And both stood on the same side of a generational divide and the limitations of its expectations for women — that a political wife should never appear to be too powerful, too pushy. That traditional definition didn’t really fit either of them, though both avoided openly defying it.

Somehow, too, each managed to feel superior to, and also threatened by, the other.

Nancy Reagan’s personal insecurities were legendary and understandable after a childhood that did little to foster a sense of stability. Her parents had separated by the time she was two. They divorced a few years later, at a time when divorce was rare, because her father wanted to remarry. Her colorful and ambitious mother, Edith Luckett, parked the toddler with an aunt and uncle in the Washington suburb of Bethesda, Maryland, while she tried to break into the theater world. When Nancy was seven — her legal name then was Anne Frances Robbins — her mother married a wealthy Chicago neurosurgeon, Loyal Davis. When his stepdaughter was in high school, the austere Dr. Davis agreed to adopt her, and she legally changed her name to Nancy Davis.

While Barbara Pierce’s childhood had challenges of its own, she had clear advantages that Nancy Davis didn’t. Barbara was raised in a stable family, anchored in an affluent New York City suburb, surrounded by siblings and particularly close to her father. There was never any question about what her name would be. She was part of a New England aristocracy that dated its direct ancestry to the Mayflower and had no doubts about its rank in society and in the world, even when the bank accounts were stretched thin. She was comfortable in her skin and certain of her place.

Nancy was disdainful of Barbara for her sturdy figure, her matronly clothes, and her blunt manner. To Nancy’s amazement, Barbara didn’t bother to dye her white hair, wear much makeup beyond a slash of lipstick, or worry about the wrinkles that lined her face. But Nancy also was envious of Barbara’s self-confidence, her social standing, and her close-knit family, attributes that hit Nancy at some of her greatest vulnerabilities. “I think she just was insecure,” Barbara Bush told me.