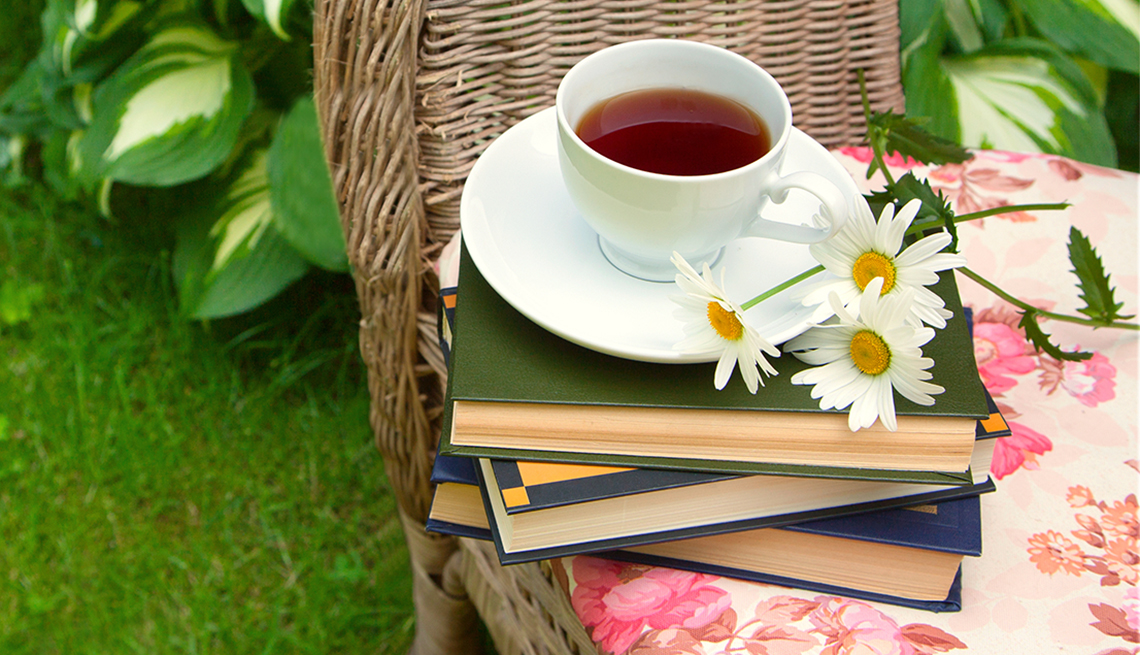 Rejuvenate your mind by reading these 13 delightful new books

The Patriots by Sana Krasikov

Her grandparents were Ukrainian Jews who fled their homeland for a better life in Brooklyn. But in 1934 idealistic Florence Fein, in love with a handsome Russian engineer named Sergey, made the fateful decision to return. This beautifully written book chronicles her harrowing life under Stalin's murderous reign. —Spiegel & Grau, in stores

The One-Cent Magenta by James Barron

Collectors around the world feverishly pursued the fabled One-Cent Magenta — the "Mona Lisa of Stamps." Barron tells the fascinating story of how this lone survivor of a set printed in British Guiana in 1856 sold for $9.5 million at auction in 2014. (The stamp's owner, John du Pont, had died while serving time for the murder of Olympic wrestler Dave Schultz.) —Algonquin Books of Chapel Hill, in stores

The Secrets You Keep by Kate White

In this absorbing psychological thriller, self-help writer Bryn Harper marries Guy on a whim, then watches her life unravel after the brutal murder of the attractive caterer he hired. Using her wits — and some insight from her therapist — Bryn races to uncover the truth about Guy and his shady cronies. —HarperCollins, in stores

Nevertheless: A Memoir by Alec Baldwin

The originator of the world's most famous presidential impersonation opens up about his private life. Baldwin retraces his childhood on Long Island, his college years in Washington and New York, his professional successes and his personal struggles with alcohol and drugs, as well as his experiences as a husband and father. —Harper, in stores

Rebel Mother: My Childhood Chasing the Revolution by Peter Andreas

After losing custody of her youngest son, Peter, straitlaced Kansas Mennonite Carol Andreas kidnapped the boy and lit out for a California commune, where she became a Marxist and a radical feminist. Later they lived in a series of South American slums with her assortment of young lovers. But mother and son forged a devoted bond amid the chaos. —Simon & Schuster, in stores

Leading Lady: Sherry Lansing and the Making of a Hollywood Groundbreaker by Stephen Galloway

This is a must-read for movie lovers. Sherry Lansing, the first woman to run a film studio, divulges a trove of insider stories about the making of Titanic, Braveheart, Forrest Gump and many other modern classics. The bio also looks at how much Hollywood has and has not changed since 1970, when Lansing appeared in Rio Lobo with John Wayne. —Crown, April 25

Backman captured the courage and kindness of ordinary people in his 2014 best-seller, A Man Called Ove. His new novel is another winner — the story of a teenage hockey team on the verge of national fame. When an off-ice scandal upends the boys' dreams, their entire village must reexamine the source of its pride and identity. Read it to understand the bonds that form among athletes. —Atria Books, April 25

Into the Water by Paula Hawkins

Her 2015 novel The Girl on the Train catapulted London journalist Hawkins from unknown to global sensation. Now she's back with another dark tale of men and women and the terrible secrets they keep. The novel centers on a landmark in the north of England called the Drowning Pool, where witches were once killed. Now "troublesome" modern women find themselves in similar danger. —Riverhead Books, May 2

The Stars Are Fire by Anita Shreve

This wondrous novel of a woman's reinvention has its roots in a real-life incident: the fires that torched coastal Maine in 1947, leaving Grace Holland and her two children destitute — and her husband missing. Grace takes the helm and discovers an invigorating resilience; will it survive the next sudden shift in her circumstances? —Knopf, May 2

This sweeping family drama brings history to life by imagining events that befall a Palestinian family from 1963 to 2014. Buffeted by war and political turmoil — the Six-Day War in 1967, the invasion of Kuwait in 1990 — the family is constantly uprooted, forcing its members to adopt new cultures in Paris, Beirut and Boston. It's a lyrical exploration of identity. —Houghton Mifflin, May 2

Between Them by Richard Ford

The Pulitzer-winning novelist gives us a deft, loving memoir of his childhood in Jackson, Miss., with his parents, Parker and Edna Ford. He also imagines their 14 years on the road as a couple before baby Richard came along, when his father worked as a traveling salesman during the Depression. A beautiful remembrance. —Ecco, May 2

Coach Wooden and Me: Our 50-Year Friendship On and Off the Court by Kareem Abdul-Jabbar

The basketball great looks back on his half-century relationship with UCLA coaching legend John Wooden, whom he met as an 18-year-old recruit. The young man from New York and the Wizard of Westwood formed a friendship that transcended mere hardwood glory. We learn that Wooden prized his players as people first — and remained a caring mentor long after the final buzzer sounded. —Grand Central, May 16

The Fact of a Body: A Murder and a Memoir by Alexandria Marzano-Lesnevich

The anti-death-penalty stance of the author — a young intern at a Louisiana law firm — is tested after she watches the videotaped confession of convicted child molester and murderer Ricky Langley. As Marzano-Lesnevich digs into the case, she must confront her own complicated truths as an abuse survivor. —Flatiron Books, May 16