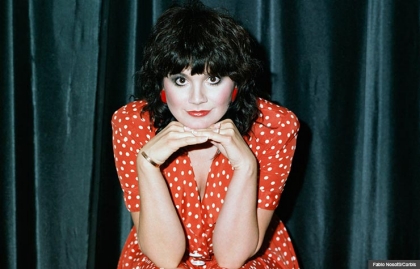 The winner of 11 Grammys during a 40-year career, Linda Ronstadt (pictured in 1985) recently learned she has Parkinson's disease. She says she can no longer sing.

En español | From her first burst of success in the 1960s as the lead singer for L.A.’s Stone Poneys, Linda Ronstadt has been as famous for fiercely guarding her private life as she has for the robust and glorious soprano that made her one of the supreme song interpreters of her generation.

Yet in an interview with AARP in advance of her coming memoir, Simple Dreams (Simon & Schuster, Sept. 17), Ronstadt opens up about the life-altering news she did not put in the book — she has Parkinson’s disease — and its tragic side effect: “I can’t sing a note.”

Though her book mentions that her voice began to change at age 50, Ronstadt, now 67, had never offered a solid explanation for her 2009 retirement (the book does cryptically mention a time when she had a “still-healthy voice”).

Ronstadt opens up about the life-altering news she did not put in her new book — she has Parkinson’s disease — and its tragic side effect: “I can’t sing a note.”

The winner of 11 Grammys during a 40-year career that produced more than 30 albums, Ronstadt recorded her final CD (Adieu, False Heart, with Cajun musician Ann Savoy) in 2006. Three years later — on Nov. 7, 2009 — she gave what she calls her last concert at the Brady Memorial Auditorium in San Antonio.

After that, Ronstadt simply declined all invitations to do more.

In late 2012, when a friend asked her to sing on a tribute album to Jackson Browne, a close friend from her L.A. days, she wrote in an email: “I have a serious case of being 66 years old and am completely retired from singing. Of course, one is always pleased to be asked, so tell them I said thank you.”

What old friends and fans did not know is that for the past seven or eight years, Ronstadt had suffered from symptoms that suggested Parkinson’s disease. Eight months ago, a medical diagnosis confirmed it. Never one to shy from a challenge, Ronstadt faces her disease with the determination to push for more and better treatments, both for herself and for other Parkinson’s patients. (For more about Parkinson's disease, see the box on page 4.)

In the exchange that follows, Ronstadt assesses her career and explains how her Parkinson’s was detected.

Q: You wrote your “musical memoir,” Simple Dreams, entirely yourself. Was that difficult for you?

A: Well, I’d never written anything longer than a thank-you note before. I never kept a diary or a journal. But I’m a reader, and I can put a coherent sentence together, so I thought I could make it honest and clear.

Q: You talk in the book about your love for animals and your pet, Luna the cow. 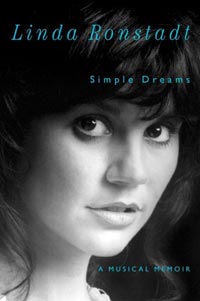 Q: You mean you have a tick disease now?

A: Well, I had two very bad tick bites in the ’80s, and my health has never recovered since then.

In fact I couldn’t sing for the last five or six years I appeared on stage, but I kept trying. I kept thinking, “What if I tried singing upside down? Or standing on my head? Or while juggling? [Laughs] Maybe I’d be able to sing better then.”

So I didn’t know why I couldn’t sing — all I knew was that it was muscular, or mechanical. Then, when I was diagnosed with Parkinson’s, I was finally given the reason. I now understand that no one can sing with Parkinson’s disease. No matter how hard you try. And in my case, I can’t sing a note.

Q: When were you diagnosed with Parkinson’s?

A: About eight months ago — just when I was writing the acknowledgments for the book, actually. I got the initial diagnosis, but they didn’t confirm it until six months later. I didn’t want to write about it in the book, because I wasn’t sure.

"I couldn’t sing for the last five or six years I appeared on stage, but I kept trying ... I didn’t know why I couldn’t sing — all I knew was that it was muscular, or mechanical. "

Q: You noticed the symptoms in your voice before anything else?

A: Yes, but it didn’t occur to me to go to a neurologist. I think I’ve had it for seven or eight years already, because I’ve had the symptoms that long. Then I had a shoulder operation, so I thought that must be why my hands were shaking. Parkinson’s is very hard to diagnose. So when I finally went to a neurologist and he said, “Oh, you have Parkinson’s disease,” I was completely shocked. I was totally surprised. I wouldn’t have suspected that in a million, billion years.

Q: You seem to be handling it emotionally quite well.

A: There’s nothing you can do about it except inform yourself. And I’m learning from other Parkinson’s patients that there are different treatments besides the drugs they give you. There are other things to try besides [the drug] L-DOPA, which I’ll go on only when I’m circling the drain. [Laughs] I’m so sensitive to drugs you have to talk me into taking aspirin.

A lot of patients tell me marijuana is very effective for Parkinsonism. But I don’t tolerate that very well either, so I don’t think it will help me. Unless it has low THC (Tetrahydrocannabinol) — I’d have to find the kind that doesn’t get you stoned! [Laughs]

Q: You’ve kept your sense of humor, though.

A: Well, that’s about the only thing I got left. [Laughs]

Q: You’re 67 now. Our generation thought we would be forever young. Is 67 what you thought it would be, or has your disease altered that?

A: Well, my father was quite robust until he died [at 84]. My grandmother was 96 when she died. She was doing fine. My mother didn’t fare quite as well, but she died pretty fast once she got sick. I didn’t see people in a decrepit state. So it’s a little shocking to me. I used to feel kind of impatient with people who couldn’t do things fast, or couldn’t remember stuff. Now I have tremendous sympathy for them. I’m still walking and talking, but I walk really slowly.

Linda Ronstadt onstage at the 2008 ALMA Awards. The following year she gave her final concert and retired.

Q: You live in San Francisco now, with your children. How are they doing?

A: There are two houses on my property — one tiny little cottage and one even tinier cottage — so I’m in one and my daughter, Mary [22], is in the other. She’s into art. She’s very creative — she sculpts, builds, draws and paints things. My son, Carlos [19], is interested in physics. He’s moving to Santa Cruz with his girlfriend in September, so I’ll be an empty nester.

Q: You famously dated Jerry Brown the first time he was governor of California (1975-1983), and you mention him in Simple Dreams. Are you still friends?

Q: Is he still as tight with a dollar as you paint him in the book?

A: [Laughs] He came by my house once when I was leaving to have dinner with Rosemary Clooney, and he invited himself to dinner — typical Jerry. Then he said, “Wait — we gotta take her something.” Somebody had sent me a big bouquet of coral roses. Jerry sees them and says, “We’ll just take these.” It took me years to admit to Rosemary Clooney that Jerry Brown had brought her secondhand flowers.

"There are people I care about passionately, but I don’t wish I still lived with them, or that I’d married them. Otherwise, I wouldn’t have left, you know? I just wasn’t the marrying kind."

Q: George Lucas was in your life in a serious way for a while. Are you still friends? Would you consider doing something creative with him?

A: We’re still friends, but we never mixed that with business. He just got married — his wife is lovely, I can tell — and he has a baby. At this age! [Laughs] So there are people I care about passionately, but I don’t wish I still lived with them, or that I’d married them. Otherwise, I wouldn’t have left, you know? [Laughs] I just wasn’t the marrying kind.

A: Brian had tremendous difficulties in his childhood, but I just love him, and I think he’s so resilient. I’ve always known Brian to be a gentle, lovely person with an incredible amount of talent. I think he was one of the great geniuses of American pop music, along with Gershwin and those guys.

I didn’t love Jim Morrison. There was something very reptilian about him. And I didn’t care for his singing, but his band! The Doors were fantastic.

As for Janis, it was impossible not to love her. She was a sweet, sincere person, and she truly loved the music. Not only was she passionate about the blues, but she had great respect for the people whose shoulders she stood on, which I appreciate: We’re all standing on somebody’s shoulders, aren’t we?

Q: And then, of course, your backing band fledged out as the Eagles. Did you realize at the time how great they were?

A: Oh, yeah! [Laughs] That would have been hard to miss! I already knew Glenn Frey’s work and thought he was good, and when we found out how well Don Henley could sing, we were just amazed. Don and Glenn started writing songs together, and they were so clear and so good they became their own little hit factory.

Q: Do you plan to write more?

A: I’m amazed that I wrote one book, and annoyed that now I have to go out and promote it! [Laughs]

I don’t mind talking, but I don’t like traveling. I traveled all over the world happily and never complained, but when your health is the way mine is right now, I travel like a crate of eggs without the crate. It’s hard, and I need a wheelchair, so I can’t do it anymore.

Q: You aren’t wheelchair-bound at this point, though, right?

A: No, but if I have to walk a really long way, I’m exhausted at the end of it. I resisted using any kind of sticks to help me walk, but I don’t resist it anymore. It’s helpful, and I’m grateful.

A: Well, I have two things like ski poles. I don’t have to use them all the time, but I use them if I’m going to be on uneven territory, or if I have to go very far.

Q: You certainly have new challenges ahead.

A: As I wrote in the book, you always learn more from failure than success. I really believe that. I think adversity is a great teacher.

Alanna Nash writes on music and other cultural topics. She remembers seeing a barefoot Linda Ronstadt perform in  concert in the 1970s.