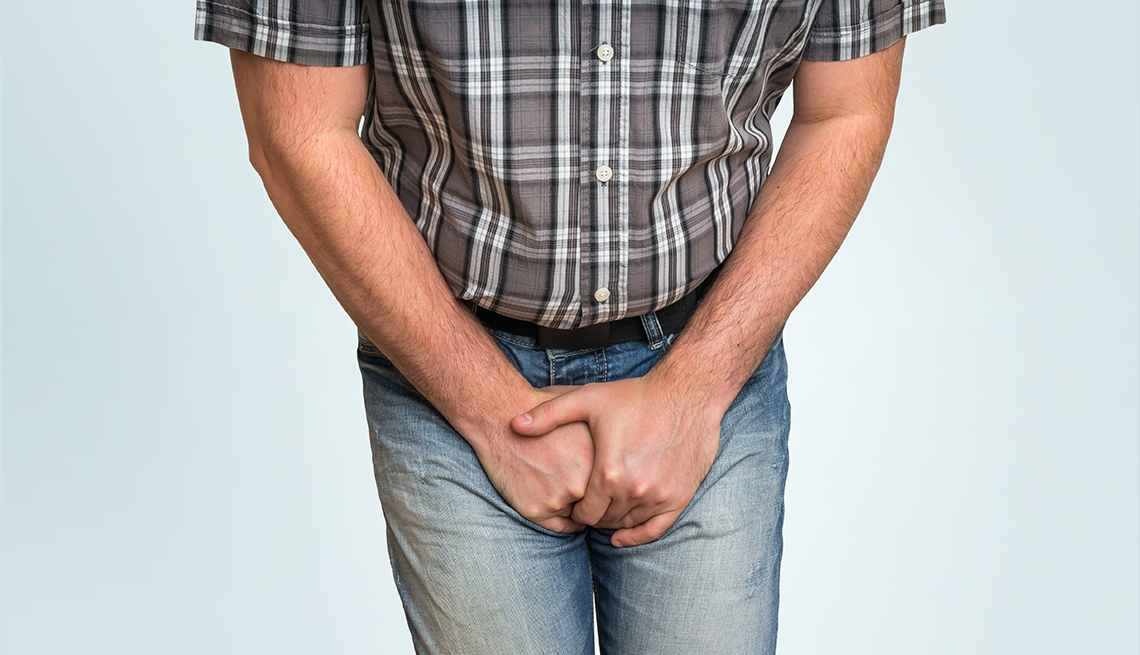 You are not alone! A quarter to a third of men and women suffer. —iStock

"I can't jump on trampolines anymore,” actress Kate Winslet once announced on a British talk show. “I wet myself.”

It was an amazing revelation. We don't expect anyone to admit publicly that they struggle with incontinence, much less a 42-year-old Oscar winner. But there she was, laughing about how incontinence is “bloody awful, especially if you're wearing a skirt."

For something so shrouded in secrecy, urinary incontinence affects a staggering number of people — a quarter to a third of men and women in the U.S., according to the Maryland-based Urology Care Foundation. That’s not a third of seniors or a third of pregnant women. A third of all people, regardless of age or sex. So why are we still not talking about it?

Time to change that. Here are 10 things you probably didn’t know about urinary incontinence — from who gets it and what makes it worse to the sometimes shocking ways it can be alleviated.

Seniors sometimes get incontinence, but age is not the only cause. Incontinence can develop from a wide array of things — from childbirth to neurological disorders to mobility challenges from diseases such as arthritis.“I’ve treated cases of incontinence in boys and girls, teens and young adults,” said Tamara Bavendam, a urology program director at the National Institutes of Health.

Pop singer Katy Perry, who’s 33, recently admitted that she had incontinence as a teenager and “wore diapers pretty regularly during high school.” Her doctors were originally unable to determine the reason, but they eventually figured out she had a stubborn urinary tract infection.

In theory, it seems like the perfect solution. If you can’t control your urine, you can at least stop how much is in your bladder. According to one 2012 study, young people between 16 and 35 are especially susceptible to believing less fluid intake is a cure-all. But cutting back on your water is the wrong idea.

“Your bladder is a muscle, and it needs to be exercised and trained,” said Susie Gronski, a physical therapist and certified pelvic rehabilitation practitioner in North Carolina. Cutting down on your water can result in dehydration, constipation and even kidney stones — urine flushes out the bacteria in there — which will only worsen the symptoms.

3. But maybe skip that third cup of coffee

Coffee is not your friend. A 2010 study of women found that high levels of caffeine can increase your chances of developing urinary incontinence by up to 70 percent.

So what’s a “high level” of caffeine? Three cups or more of caffeinated coffee, soda or tea. “Caffeine can cause a mild diuretic effect,” said Tanaka Dune, a urogynecologist at New York-Presbyterian and Weill Cornell Medicine. She recommends no more than two cups of coffee per day.

4. Blame it on winter

Cold temperatures won’t necessarily give you incontinence if you don't already have it, but it will aggravate and worsen the symptoms. Just like the rest of your body, your pelvic floor is sick of this winter already.

“Cold weather affects the bladder muscle by making it contract harder and sooner than it ordinarily would, even if the bladder is not full,” said Kathryn Kassai, a physical therapist in California and coauthor of The Bathroom Key: Put an End to Incontinence.

Botox has become an increasingly popular fix — “Wait, they want to put a needle where?”

5. It’s not because you’re out of shape

Although obesity can trigger incontinence, it also happens to elite athletes: 35 percent of female Olympic runners and more than a quarter of female college athletes who've never had children. Dune says it's due to all the intense physical activity that puts stress on the pelvic floor.

And it's not just athletes. The pop singer Fergie experienced some unexpected incontinence during a 2005 Black Eyed Peas show. “We were jumping around, it was all very rock 'n roll, and my bladder just started … you know …,” she once said in an interview.

6. Botox for incontinence is a real thing

Botox has become an increasingly popular fix for incontinence — and if you’re like us, that news probably made you wince and ask, “Wait, they want to put a needle where?”

According to the American Urological Association, Botox can decrease incontinence by up to 50 percent. But Kassai warns that it can lead to side effects such as urinary retention, which means you now have the opposite problem.

7. But wait, the cures get weirder

New devices designed to cure incontinence are being introduced every year. There’s a rubber device called Uresta that was designed by a Canadian urogynecologist who was inspired by some plasticine putty from his daughter’s toy chest; and EMSella, a high-tech chair that, according to its creator, "emits an electromagnetic ray” and is supposedly similar to doing 11,000 Kegel exercises in just 28 minutes.

Not all of it is insane. Gronski thinks that Uresta, which underwent successful clinical trials last year, “looks really interesting. It appears that it’s almost working as a pessary and it is reusable.” But as for the EMSella, “I almost died laughing when I saw this,” she said. “It reminded me of how my mom once bought a stimulator thinking she would have rock-hard abs and lose weight by wearing a belt that ‘contracted’ her abs all day long..”

In other words, according to Gronski, “No, it’s not going to work.”.

8. Kegel exercises are your best bet … even for men

There is no miracle cure for incontinence, but study after study after study have shown that Kegel exercises — where you contract and relax your pelvic floor muscles — are the best way to get relief. And they’re not just for women anymore.

Urologist Brian L. Steixner, the director of the Institute for Men’s Health at Jersey Urology Group, claims he spends “a good percentage of my day teaching men Kegel exercises. It can be a miracle for guys, especially my patients with incontinence who are recovering from prostate cancer.” Research is still in its infancy, but some recent studies support Steixner’s optimism.

It sounds nuts (and more than a little disgusting), but there are health benefits to using a shower as your personal toilet, at least for women with incontinence. Kassai said it’s not just a weak pelvic floor that causes incontinence, but also short pelvic muscles. If the muscles are too tight, Kegels not only won’t work but they also “could make the pain worse.” But with deep squatting — and a woman can't pee in the shower without squatting (at least if they don't want to pee down their legs) — you’re stretching those pelvic floor muscles and making them longer and stronger.

10. Not talking about incontinence only gives it more power

As recently as 1996, some medical journals were still referring to incontinence as a “female curse.” Even today, for many people struggling with incontinence, it can feel like a curse, and certainly nothing you bring up to your friends or family.

But talking about it can take away its power. Because you start to realize that for one thing, it’s not a curse, and for another, it’s not so uncommon. Samuel L. Jackson, the megastar of box office hits such as Pulp Fiction and the Star Wars and Marvel’s Avengers series, was initially reluctant to talk about the incontinence he developed in his 40s. “But I realized that this was a problem that millions of Americans dealt with every day,” he says. You are not alone.

Eric Spitznagel has written for Playboy, Vanity Fair and the New York Times Magazine, among others.