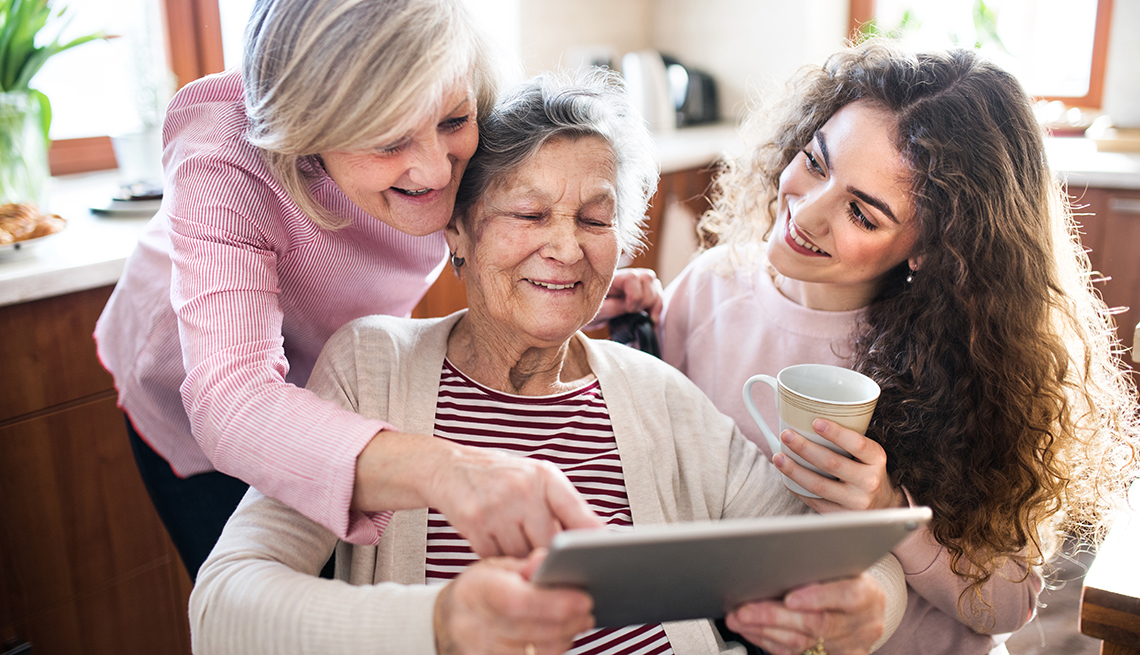 En español | Carol had a big heart — sometimes too big, she thought. She was glad to run errands for her unmarried 82-year-old aunt who suffered from Parkinson's disease. But then her 85-year-old mother started complaining of worsening arthritic pain and needed help cleaning her apartment and buying groceries. Soon afterward, Carol's husband hurt his back and needed her attention, too. Carol felt like Swiss cheese — spread thin and with gaping holes from a lack of available time and energy to meet all her care receivers’ expectations.

As the American population grows older, more families have more members with caregiving needs, and increasing numbers of caregivers have simultaneous obligations looking after multiple family members of various ages.

Think of the prototypical “sandwich generation” caregiver who's pressed by the demands of the generations above (aging parents) and below (children or grandchildren). I've recently heard about a caregiver in her 50s who's caring for her 70-something-year-old mother with moderate dementia and her 90-something-year-old grandmother with severe dementia.

I've also learned about another person who's caring for a father with chronic obstructive pulmonary disease (COPD), a husband with multiple sclerosis (MS) and an adult child with autism.

These caregivers typically juggle competing responsibilities, such as driving to one medical appointment or another, with conflicting emotions, including pride and guilt, joy and resentment, and self-assurance and anxiousness. Multiple loved ones rely on them, and their burden is especially heavy. They often feel overwhelmed by the sheer volume of daily tasks.

If all family caregivers need to balance caring for themselves and others, then that applies doubly or triply to these double and triple caregivers.

But they frequently reject the pleas of friends and professionals to take care of themselves by saying, “Who has the time?” and “I can handle this for a while longer.” It's as if they adapt to managing greater responsibility by embracing greater selflessness.

Beware of the slow creep of responsibilities

No one plans to be the person who's caring for several family members at once. More likely, they tacitly commit to coming to the aid of any of their loved ones in need. They then slowly accrue more and more duties as their family members age and require more assistance. At no point do they realistically regard their helping abilities as a finite resource to be strategically deployed.

For instance, they rarely say to themselves: “Given all the things I have to do this week, I can spare 15 hours serving as a family caregiver.”

Instead, they expand their normal capacities to 20, 25 or 30 hours in order to fit others’ needs. That may work well in the short term; most of us can push ourselves past our usual capabilities when necessary. In the long term, however, it means operating at a constant deficit and risking depletion and burnout.

Provide care by need, not ‘fairness'

Double caregivers often feel compelled to give each care recipient equal time and effort, even if they don't have the same degree of need. They feel guilty that doing more for one than another will be perceived as playing favorites.

For example, Carol won't deliver dinner to her aunt's house if she isn't doing the same for her mother. If she spends several hours with her mother and aunt, then she will do the same for her husband. But that extra pressure to perform to some imagined standard of fairness makes her job infinitely harder.

Instead, she should pick and choose by judging the amount of urgency. She should be able to enjoy an evening with her husband without worrying the whole time that she's letting down her aunt and mother. And she should also be able to step away from her husband on occasion to give more of herself to her mother and aunt.

Double caregivers should be extra sensitive to people's vulnerabilities and limitations, including their own. It means accepting that their efforts are never going to be perfect; they are going to be humanly and perfectly flawed.

They will have to delegate certain responsibilities to other family members and professionals, even if the person being cared for objects to the plan. They are going to have to depend on community resources and care managers at times, even if they don't completely trust them. Double caregiving is twice as complex, after all, and half as efficient. These caregivers should double-credit themselves for daring to juggle at all.