3 Tales of Caring for an Aging Loved One at Home

Families describe their journey of joy, sacrifice, honor and commitment 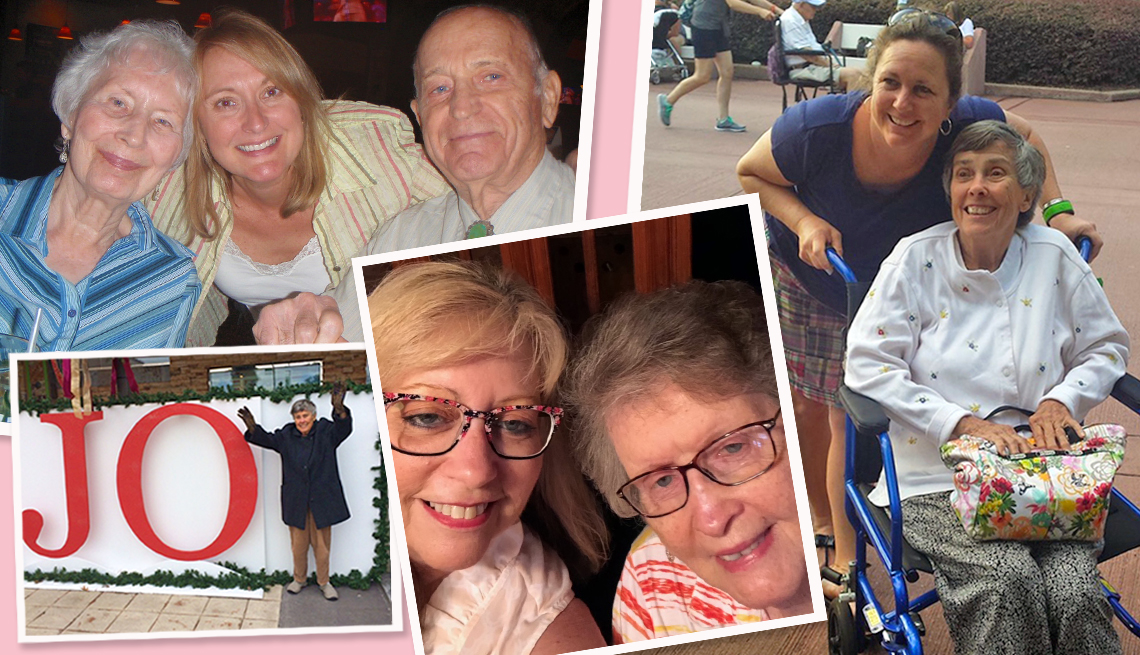 The moment in time when our parents lose their independence is the beginning of an intimate and very personal journey for every family. I recently wrote about some of the important considerations when looking at long-term care facilities for a parent. Another option, one that used to be a way of life in America, is the multigenerational home. And of course, living with your elderly parents is a decision that comes with certain considerations and many incredible gifts.

My maternal grandmother was a colorful and larger-than-life personality. As a concert pianist, she had a big presence that didn’t necessarily mesh with my father’s personality. Even as a child, I understood that my ﻿dad enjoyed my grandmother’s company — in small doses. When her health began to fail after my grandfather’s death, the option of living with us was never discussed. The layout and size of our home and the demands that would have ﻿been made on my mother were not an option. She moved to a senior care facility as her Parkinson’s worsened﻿, and my mother devoted part of each week to her many needs. Without that regular contact, however, she was no longer a presence in my life.

Living with and caring for a parent on a daily basis is one of the most intimate and exceptional acts of devotion on the part of an adult child. I’ve experienced this gift during summers when my mother has come to live with us for ﻿six-week stretches, becoming part of life’s daily fabric﻿ and watching the rhythms of her grandchildren as they grew. I’ll always cherish that time.

Carolyn Cross Daley, 54, of Slingerlands, New York, moved her mother﻿, Elayne Cross﻿, into her home when she was 75. The Daleys built an addition on their home while she was able and independent that had its own entrance, an internal door connecting her to the rest of the house and its own small kitchen and laundry. This arrangement worked well for everyone and allowed her to retain her independence while still being part of the larger family. “Living in the same home meant that she could be present for so many things﻿ — especially the everyday, informal moments — and then retreat to her quarters,” Daley recalls. 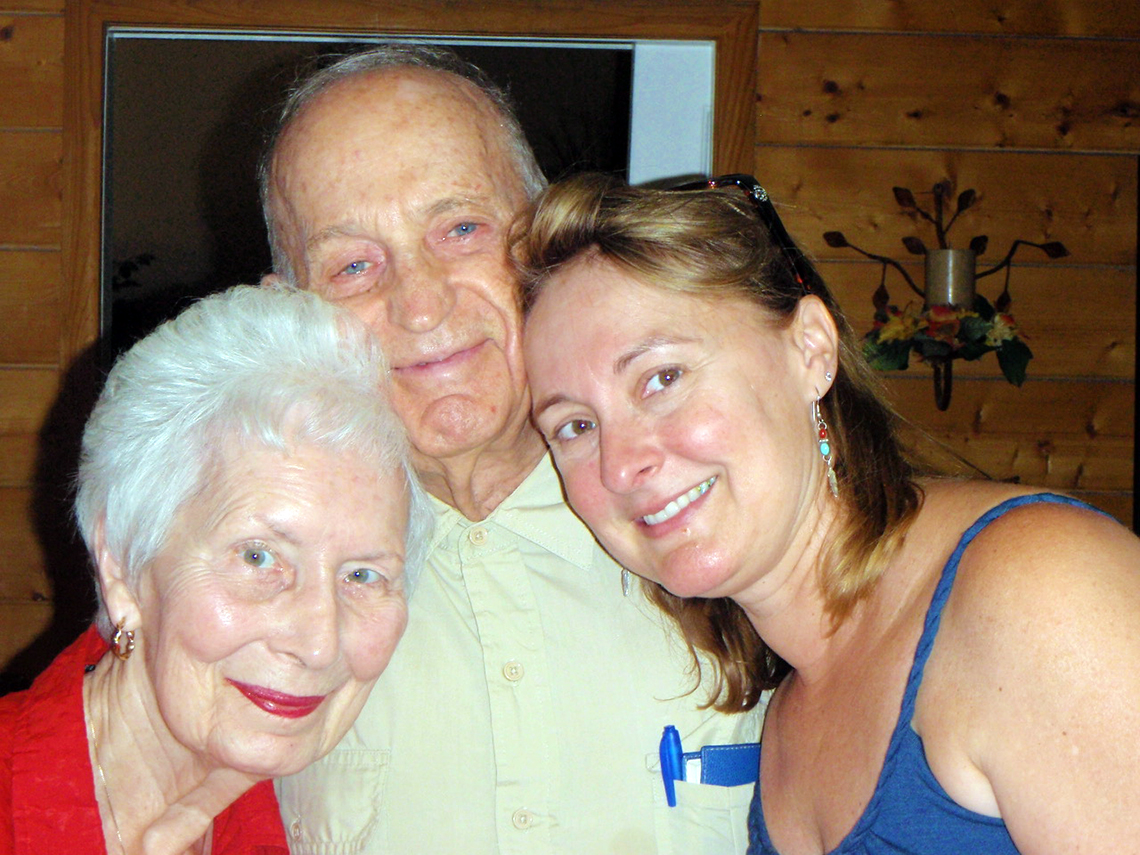 At the age of 84, ﻿her mother experienced seizures from a reaction to medication, which left her with cognitive impairment and declining health. For the next nine years, until she passed at the age of 93﻿ — right before the COVID-19 pandemic in 2020, ﻿Daley,﻿ her husband, Shawn, and their three children provided a scaffolding to help her with daily living. “The last three years became much more intense as her dementia progressed,” says Daley. “We never needed to bring in medical aides, but there were times we needed to hire people for companionship during the workday.” Daley describes this labor of love as a commitment that comes with both great sacrifices and rewards. “Gone was our ability to be spontaneous with travel﻿, and our social life took a tremendous hit,” she explains. Daley also ﻿continued working at a job that was less pay than others she could have gotten﻿, but it came with flexible hours that made it easier to care for her mother.

“Despite all of that,” she says, “the reward of providing love and support to an elderly parent outweighed any sacrifice. Our three children grew up with their grandmother in their everyday life, attending dinners and athletic events and participating in hobbies and interests. They were witnesses to and an integral part of unconditional love in action.” 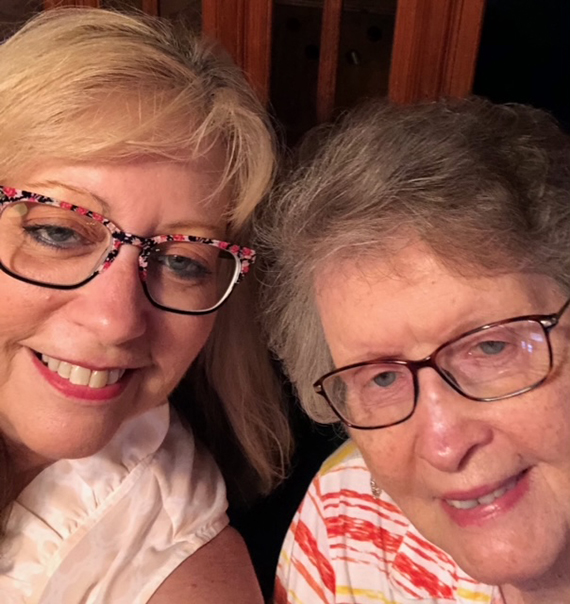 Looking back, there isn’t much that ﻿Daley would change. One of her words of wisdom rings true to me when I experienced guilt at feeling circumscribed by my mother’s needs. “It’s a commitment,” she cautions, “but it’s also a phase in your life that will end, similar to having small children.”

Put a plan in place

Amy Goyer, 60, from Alexandria, Virginia, is AARP’s own family and caregiving expert. She has written and spoken extensively about the experience of having her parents, Robert and Patricia, move in with her at a point when they needed 24-hour care. “At first I was terrified at the thought of losing my freedom and the ability to do what I wanted, when I wanted,” she says.

“The first thing I did was to get a certified 'aging in place' specialist who told me what modifications I needed to make to the house,” she explains. “I added more grab bars and later built a curbless shower, installed offset hinges so my mother’s wheelchair could fit through doors﻿, and also rearranged furniture so that they would not fall into the sunken living room.”

Because she worked outside the home, Goyer found a full-time, live-in caregiver﻿ — someone she knew from the community, but she still did a background check and got references. “In the end this situation was still less expensive than assisted﻿-living options in my area,” says Goyer.

“I arranged my schedule to be home much more so I could provide more of their care as they made the transition to living with me,” she says. “Overall, it was less stressful than I’d imagined﻿, and I realized that was because I had more control over the situation. I could prepare what they ate, train the caregiver and was also able to have quality time with them in the evenings while I was running the laundry at the same time. Not having to get in the car and go back and forth between two houses was freeing.”

Over time, as their health declined, Goyer needed to make modifications, add more help and also rely on extended family to jump in and assist more. These changes were gradual and because she was present, she could see them coming in small ways and make the physical and mental adjustments needed. “I have the satisfaction that I did the best that I could do﻿, and I also had the added benefit of being able to kiss them goodnight every evening,” she recalls.

﻿Goyer's mother was able to spend a year with her before she passed away due to complications from a urinary tract infection. Goyer enjoyed six wonderful years with her father, who had Alzheimer's and passed away at home in 2018 as he had wished.

Tips ﻿From the Experts

Moving in with a parent

﻿Leigh Anne Shephard, 62, of Oak Island, North Carolina, lost her husband from pulmonary fibrosis in 2010, after caring for him for two years. Her mother, Betty Coe, now 89, was at a phase in her life at the time where it made sense for ﻿her daughter to move in with her. The house had plenty of space﻿, and the move would benefit them both financially. The move ﻿also would allow ﻿Shephard to care for her mother as she aged in place. ﻿Coe suffers from congestive heart failure and has an artificial valve and pacemaker. This past August, ﻿Coe stopped being able to do the stairs and has not been able to leave the house in more than ﻿two-and-a-half months.

﻿Shephard describes her living situation as “drinking in my mother.” She plays memory games with her and cooks all the meals for both of them. “It’s a blessing to be with her and spend time with her﻿, and I want to stamp all of these memories in my head,” she says. “I want to be able to make her comfortable and happy and laugh. Humor is so important﻿ — it’s a blessing for me to be in her presence and still learn from her.”

There are also challenges﻿, and giving up her home and some of her independence was a change. “Even at my age, I still feel like I have to tell her where I’m going and with whom,﻿" although she acknowledges she isn’t as able to leave as she once was due to her mother’s diminishment.

“I’ve done this for so long, I’m not sure I’ll know how to act when my mother passes,” she says. “I’ve had to reinvent myself so often in this role.”

﻿Shephard recognizes that her situation is not the right fit for everyone.

“If your parents are going to feel like a burden, then this is probably not the right circumstance for you,” she cautions. “Of course, I have moments of frustration, but I try to hide them from my mother. I want her to feel like each day is wonderful.” 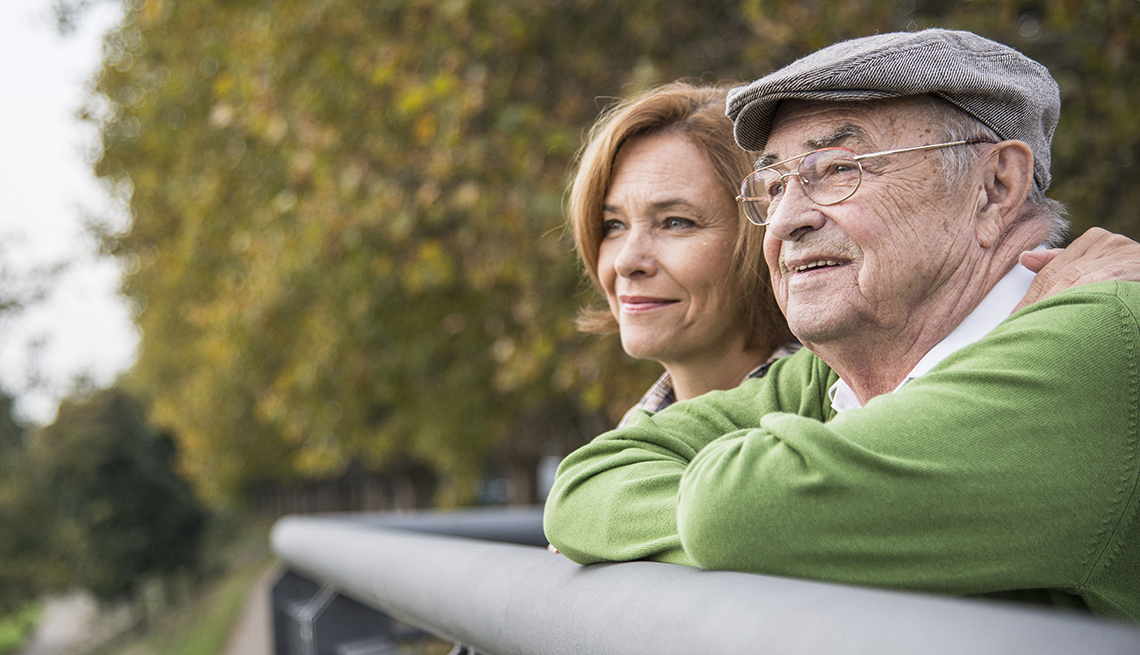 Are You Ready to Move Your Aging Parent Into Your Home?

​Before becoming ﻿a full-time family caregiver, pose these key questions​ 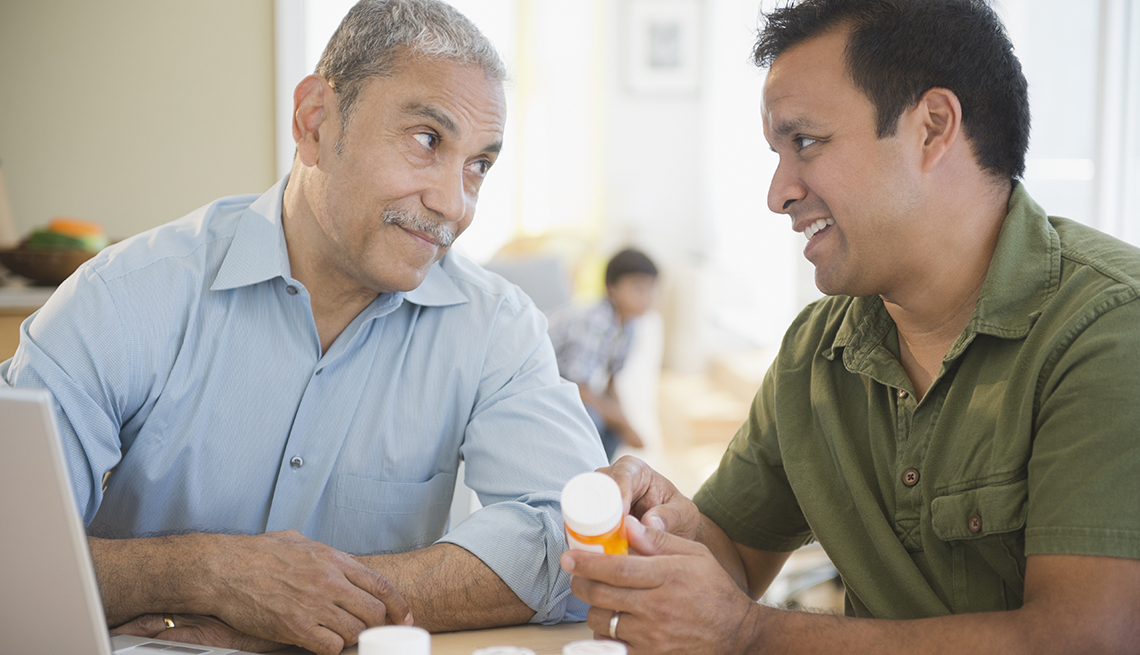 How to Assess When an Older Adult Requires Caregiving Assistance

Physical, mental and environmental tests that may signal the need for more day-to-day support 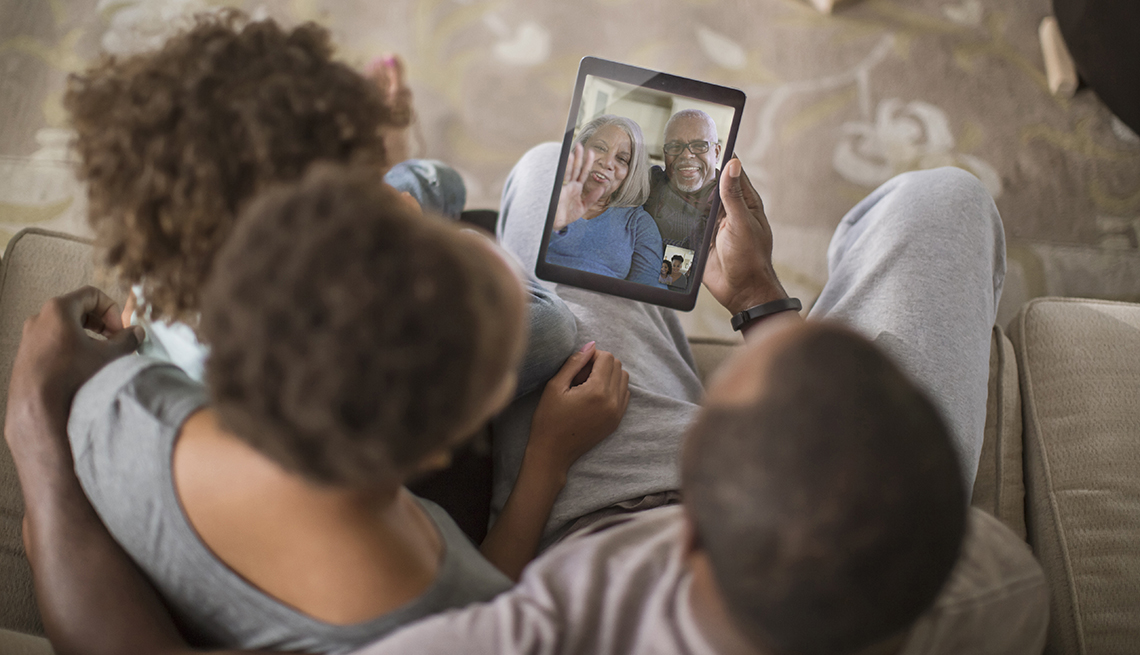 Watch DIY Caregiving Tips and Hacks for the Home

simple solutions you can implement with your caregiving team