Her Son Says She Was a Victim of Nursing Home Dumping. A Court Agrees 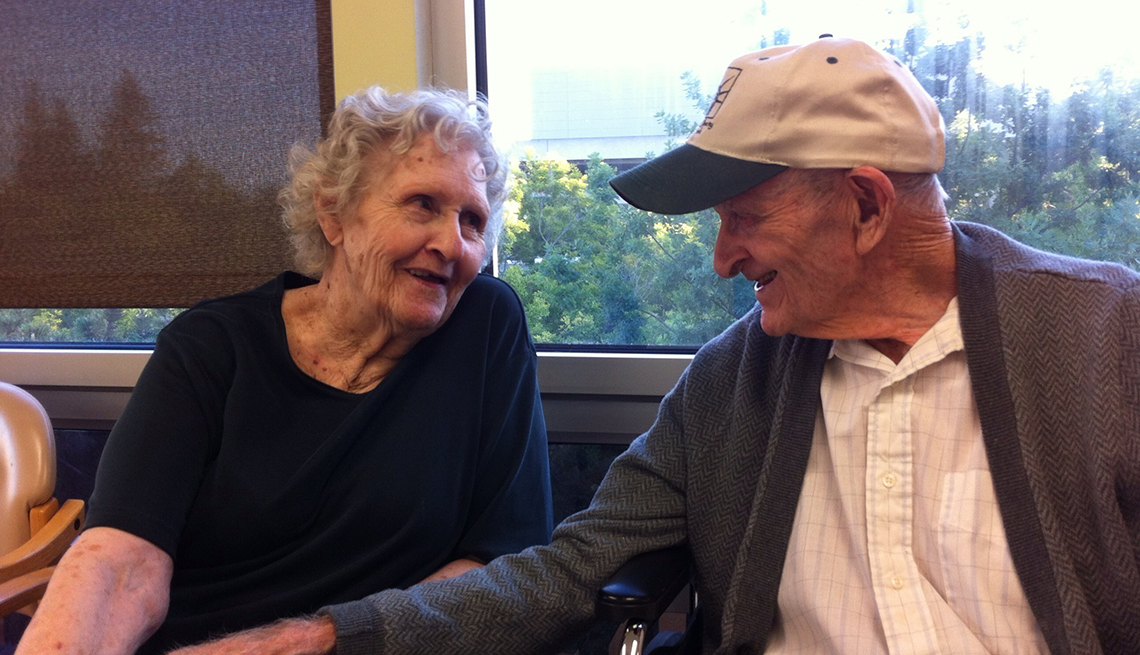 Gloria Single and her husband Bill at Pioneer House a year or two before she was kicked out of the nursing home.
Courtesy Aubrey Jones
By
Jessica Ravitz
En español
April 19, 2021

Gloria Single was 82 and had dementia when the Sacramento nursing facility where she lived with her husband, Bill, sent her to the hospital after she grew upset and allegedly threw utensils at residents in the dining room. Within hours, the hospital evaluated her and cleared her to leave, but the nursing facility barred her from returning — a move often referred to as resident “dumping.”

"I remember going in there, and we cried together,” her son Aubrey Jones, 63, said of his early visits with her in the hospital, in 2017. She was disoriented, desperate to go home and asked for Bill. “That period of time when she was in the hospital was just awful.”

Jones challenged her discharge from Pioneer House, part of the Cathedral Pioneer Church Homes II facility, at an administrative hearing before the California Department of Health Care Services and prevailed, prompting an order that Pioneer House readmit his mother. But the facility and its parent organization, Retirement Housing Foundation, refused to budge.

The readmission order was ignored by the facility, say lawyers who later picked up her case, and the state did nothing to enforce it. AARP Foundation, which helps defend vulnerable people over 50 through legal advocacy, filed suit against Pioneer House and Retirement Housing Foundation on Single's behalf. Last week, a California court ruled that her rights had been violated, providing possible ammunition in the fight against dumping in California and beyond.

It's hard to say how often resident dumping happens because “it's a perfect crime,” said Kelly Bagby, an AARP Foundation attorney. “If you don't give people notice that they have due process rights, they don't appeal and there's no paper trail.” 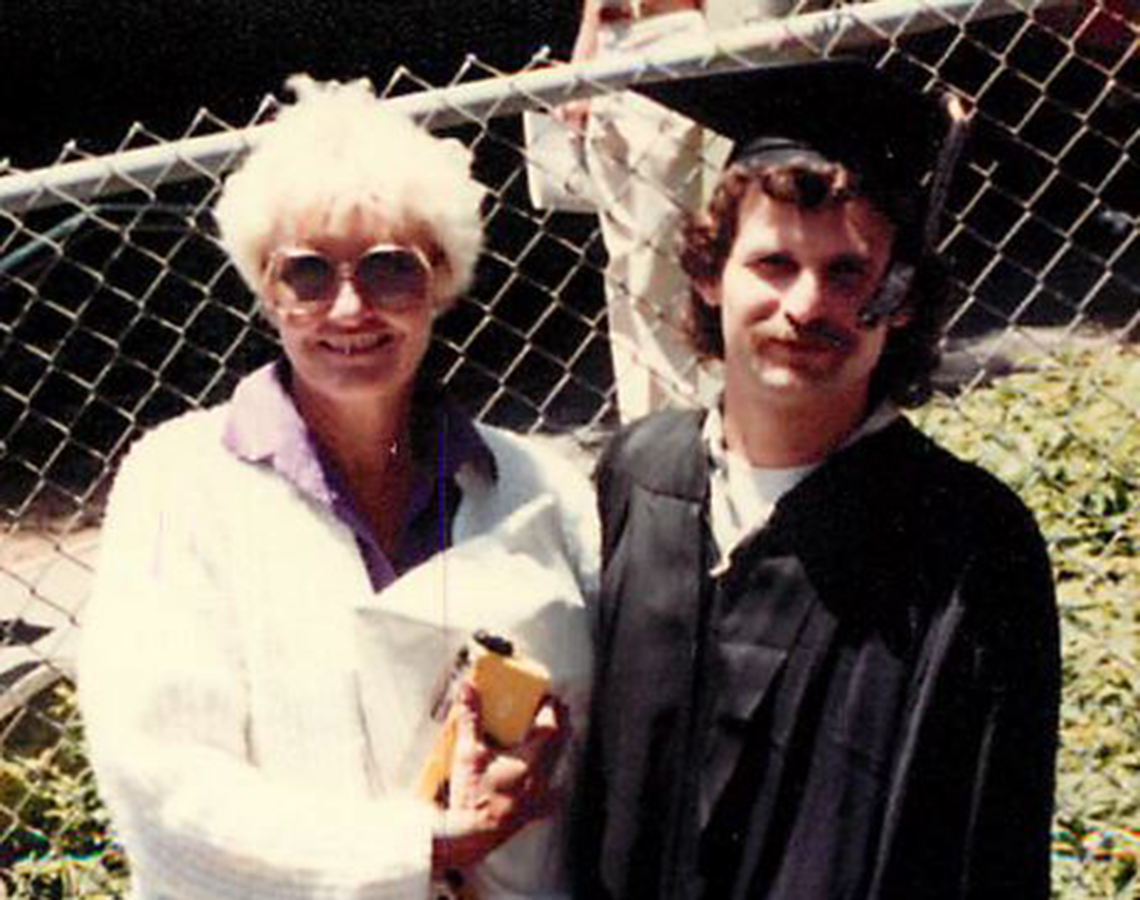 Gloria Single and her son Aubrey Jones at his college graduation in 1984.
Courtesy Aubrey Jones

But the most current data from the National Consumer Voice for Quality Long-Term Care, a leading advocacy group, suggests that concerns about illegal and inappropriate evictions are growing. “While the exact number of such discharges is not known, complaints regarding nursing facility-initiated discharges have been the most common type of complaint received by the Long-Term Care Ombudsman program for the last nine years,” said Robyn Grant, the group's director of public policy and advocacy, in an email.

The issue of dumping got national attention when The New York Times investigated a surge of cases last year, amid the COVID-19 pandemic. Included in the paper's reporting were stories of vulnerable nursing facility residents being left at homeless shelters and shabby motels.

Single, for her part, languished in the hospital for more than four months after she was evicted, until her son finally found a place that would take her in. Lacking adequate stimulation, Single lost her ability to walk, her verbal and cognitive skills slipped, and she stopped asking about her husband — whom she never saw again.

'You have to be decent'

AARP Foundation and BraunHagey & Borden's suit against Pioneer House, Retirement Housing Foundation and its five other skilled nursing facilities in California aims to get facilities to comply with due process rules for discharge and make the state impose its laws.

California law requires nursing homes to provide 30 days’ notice and offer a due process hearing before a resident can be discharged. Facilities must document reasons for involuntarily forcing a resident to go and help them find another place to live. They must also hold the bed of a resident who is temporarily hospitalized. Only in limited circumstances, like if the facility shuts down, can residents be evicted against their will without these protections being provided.

The nursing home defendants feel they've been made “the poster child for something we never did,” said attorney John Supple. “We are disappointed by the ruling and do not feel that it accurately reflects the events that occurred or our efforts to protect the resident from harm.”

Supple said that Single not only threatened other patients but was a danger to herself and that Pioneer House called for emergency help only after Single threatened to jump from a sixth-story window. He said that she would “lose it” whenever she saw her husband and that the facility does not have a dementia unit and therefore couldn't meet her needs.

None of this adds up for Jones. He said he only heard the allegation that his mother threatened to jump from a window — which sounded physically impossible to him — at the appeal hearing, nearly two months after she was abruptly discharged. He said plenty of people living in the facility had dementia, including his stepfather. And when Jones visited a couple times a week, he said he'd usually find his mom and stepfather sitting side by side, holding hands.

This is not to say that she wasn't a handful at times. He knows she was. “These are not easy issues; I understand that. But you have to be decent,” Jones said. “Really what they needed to do is sit down with me and say, ‘To be honest, look, the situation is not working out, and we're going to try our hardest to find an alternative situation for you, for your mother and for Bill.'"

He might not have liked to hear this, but he said it would have saved them all from the pain that followed.

"When you take somebody into your nursing facility … and when you take on the payment from the government for taking on that person, you're basically warranting that you're not going to dump them and you're not going to just get rid of them when it becomes inconvenient for you,” said plaintiffs’ co-counsel Matt Borden of BraunHagey & Borden, a San Francisco law firm. “And if it's more work for you, too bad. That's the deal that you made when you took them on.”

Beyond the desire to avoid extra work, Borden and others involved in the case suggest that greed, a frequent culprit in dumping, played a role in what happened to Single. A Medicare patient, for example, brings in more government money than a patient on Medicaid — or Medi-Cal in California — such as Single.

"Her care requirements were really the same care requirements that any facility would provide,” said Leza Coleman, the executive director of the California Long-Term Care Ombudsman Association, which is also a plaintiff in the lawsuit. “It's just, for the dollar, Medi-Cal's reimbursement wasn't sufficient to cover the amount of need that she had.”

Supple, the defense attorney, pushed back on these accusations. He insisted Pioneer House left Single's room untouched for months, and unfilled by anyone else, in anticipation of her return. If the facility did expect her to come back, Jones says he never knew it. When he picked up her belongings, he said they were in the basement.

Sacrificing to put her sons first

Both Single and her husband have died since this litigation started. But Jones, a molecular biologist in Davis, California, remains a committed plaintiff.

"It's just so wrong, and I don't want this to happen to anybody else,” he said. “I couldn't let it go. My mother was that way, too. When something was wrong, she really tried to fix it.”

That was especially true when it came to her children, Jones said: She was loving and protective of her three boys. When their father, her first husband, lashed out, she defended them. If a teacher or baseball coach did wrong by her sons, she spoke up to make sure they were treated fairly. The family didn't have a lot of money growing up, but she made sacrifices to put her sons first. “She went to secondhand clothing stores, while we always had new clothes,” Jones said.

When her youngest, who struggled with an addiction to methamphetamines, set out to turn his life around by moving away to Idaho, she and Bill gave up an idyllic life and home amid the pines of the Sierra Nevada foothills to live with, support and look after him.

She only returned to her beloved California after her youngest died of a heart attack. Later, when dementia took hold and she inquired about that son, Jones stopped reminding her that her baby was gone. He shielded her from the news when Bill died and when Single's oldest son, Jones’ surviving sibling, succumbed to Lewy body dementia.

Jones wants people to know that his mother was more than what happened to her at the end of her life, and that she deserved better.

The Superior Court of California agreed, clarifying that Single should have been protected in long-term care.

"The court ruled that Pioneer House violated Gloria Single's rights when they refused to let her back into the facility,” said Meryl Grenadier, an AARP Foundation attorney. “They also broke the law when they failed to give her written notice that the facility would hold her bed when she was transferred to the hospital. For our client, Aubrey Jones, it is a decisive ruling that what happened to his mother is illegal."

The win on this specific matter provides leverage in the ongoing, bigger case against Pioneer House, its management company and its other related nursing facilities for unfair business practices, lawyers for Jones said.

"The decision should encourage Retirement Housing Foundation to address the way that Pioneer House and very likely its other facilities have flouted the transfer and discharge rules,” said AARP Foundation's Bagby. “We continue to seek damages for the family and, importantly, we seek a court-enforceable injunction that will send a strong persuasive message to [Retirement Housing Foundation] and its facilities, as well as to nursing facilities throughout California, that they, too, will be held accountable.”

She said she hopes to create a ripple effect that protects nursing facility residents across the country. The defendants, in the meantime, are weighing the possibility of an appeal.

Jessica Ravitz is a contributing writer who covers nursing homes and human-interest stories. She previously wrote for CNN Digital and The Salt Lake Tribune, and her work has also appeared in Smithsonian magazine, The Washington Post and The Atlanta Journal-Constitution. 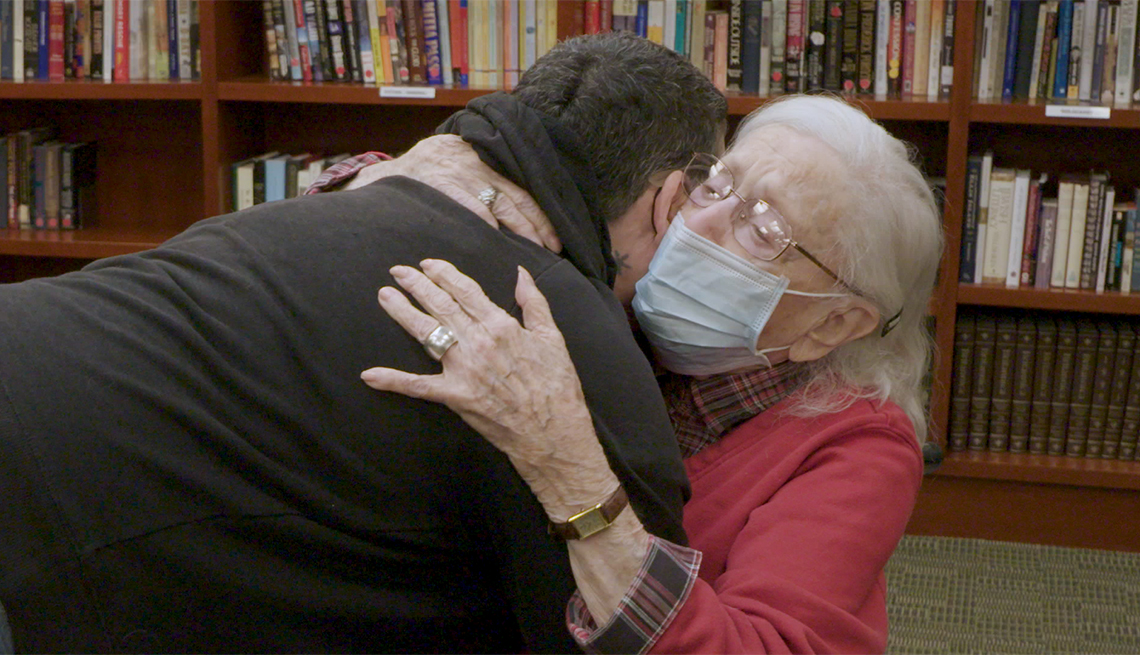 Nursing Home Residents Get First Hugs in a Year 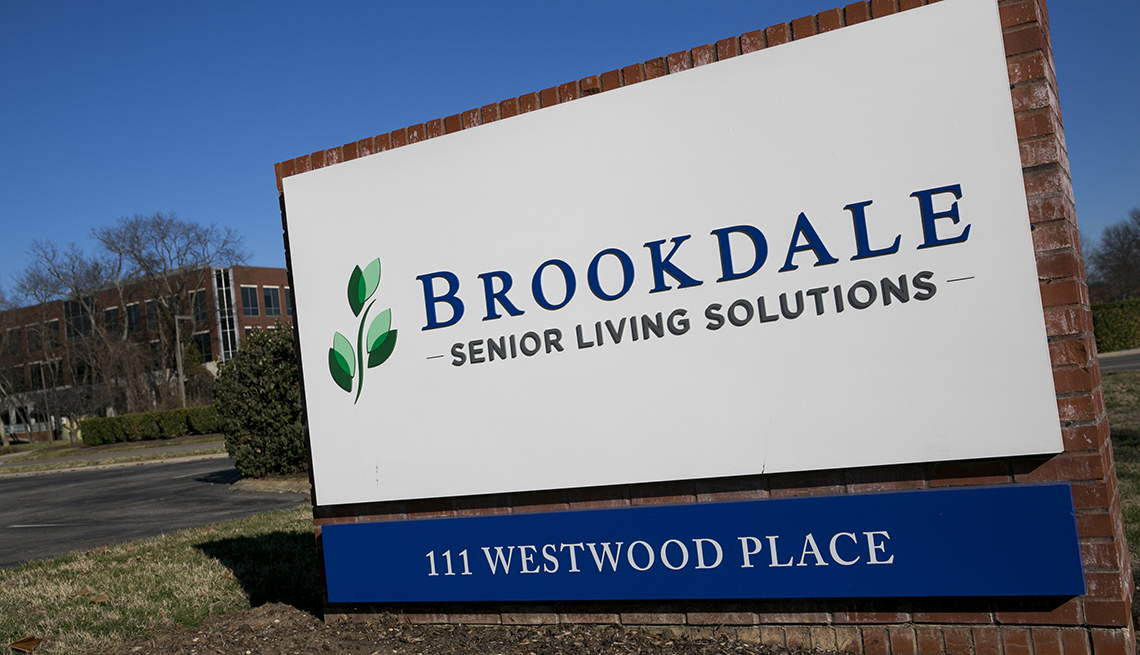