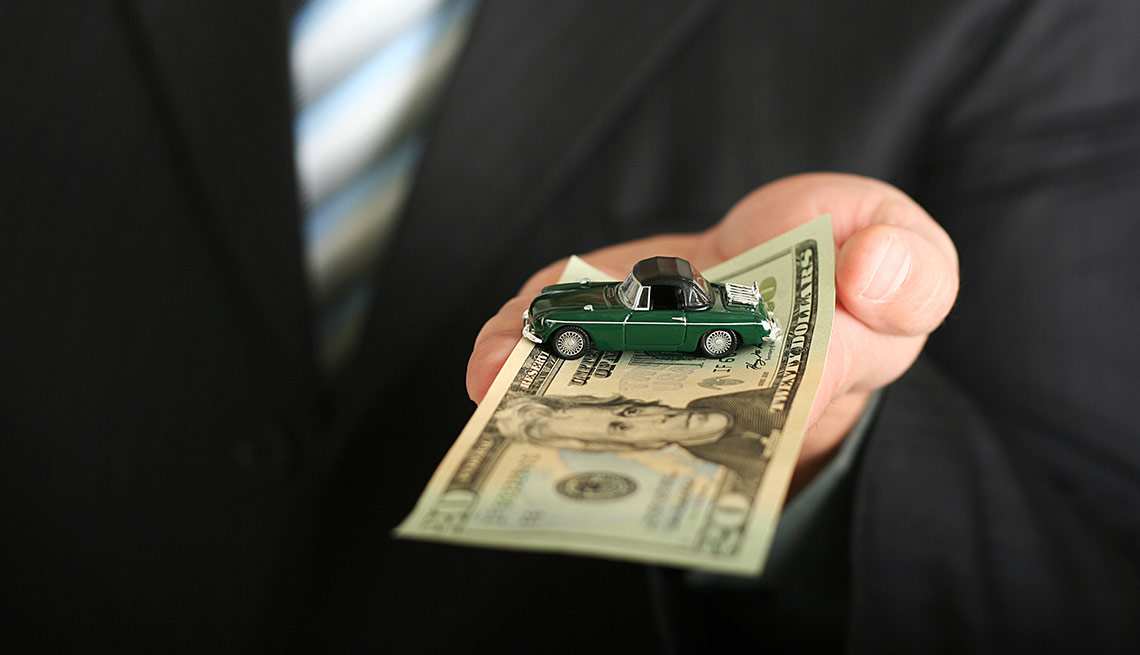 When buying insurance for a vehicle, there are many factors that can affect your premium

Buying insurance for a new vehicle can be frustrating. For instance, you've been careful to keep a clean driving record, yet the insurance premiums you're quoted seem pretty high.

Loretta Worters, vice president of communications at the New York-based Insurance Information Institute (III), says there are many factors that can affect your premium.

Age plays a big part. "In general, mature drivers have fewer accidents," so they enjoy lower premiums than young drivers, she says.

Gender is another factor. Women tend to have fewer accidents — and those they do have are less serious — and women have fewer impaired-driving violations, according to III, so they typically are charged less for insurance.

Save time and money with the AARP Auto Buying Program

Your credit rating is a huge part of the calculation. "For many insurers, credit-based insurance scoring is one of the most important and statistically valid tools to predict the likelihood of a person filing a claim and the likely cost of that claim," Worters says.

You can be hit with higher premiums for how others drive the car model you want to insure.

Never mind how good you are behind the wheel of any particular car. "If it has a history of getting into a lot of crashes and/or being expensive to repair, that's going to cost you more," notes Russ Rader, spokesman for the Insurance Institute for Highway Safety (IIHS), a Virginia-based trade group well known for its rigorous crash testing and safety ratings.

"We get calls from people who can't figure out why their rates are higher. Well, the 'why' often matches up with" a vehicle with a history of costing insurers a lot, Rader adds.

Even though you're buying a shiny new model, insurers take into account how deeply earlier versions have dipped into insurance companies' pockets. You can go to the IIHS website and see a car's crash and repair-cost track record.

For a new 2015 model, the cost of insurance ranges from 8 to 26 percent of the total cost of owning the vehicle, according to data compiled for us by Edmunds.com, a car-shopping and research organization.

You'd expect premiums to drop as the vehicle ages, but Edmunds.com data show premiums may rise over time. III notes that your specific premium also depends on how much coverage you want and how large a deductible you're willing to accept. Choosing a bigger deductible lowers the price of insurance because you're agreeing to pay more to repair the car before the insurance kicks in, keeping the insurance company's costs down.

Costs of other coverages that are part of an auto insurance package can outweigh the damage portion of the policy, so the total savings on your bill from a bigger deductible might be modest.

Also, where you live influences rates. Insurers believe that urban dwellers are more likely to be vandalized or have their cars stolen than people who live in smaller towns, III says.

Insurance premiums are so tailored to the person, vehicle, location and so many other factors that you can't accurately point to one or two reasons why any given car, truck, van or SUV is more expensive or less expensive to insure, III emphasizes.

The Edmunds.com data shows relatively little insurance cost difference among the models that are cheapest to insure in a given category. But the difference between those with low insurance premiums and those in the same category with high premiums can be very large.

Small cars provide a good example. The least expensive of that category to insure is the 2015 Volkswagen Golf, at a national average of $1,597 in its first year, according to Edmunds.com calculations.

The model that's most expensive to insure in that category is the 2015 Ford C-Max hybrid at $3,027, which is nearly twice as much. (Note: these are the nationwide averages for the first year. The amount changes as the vehicles age.)