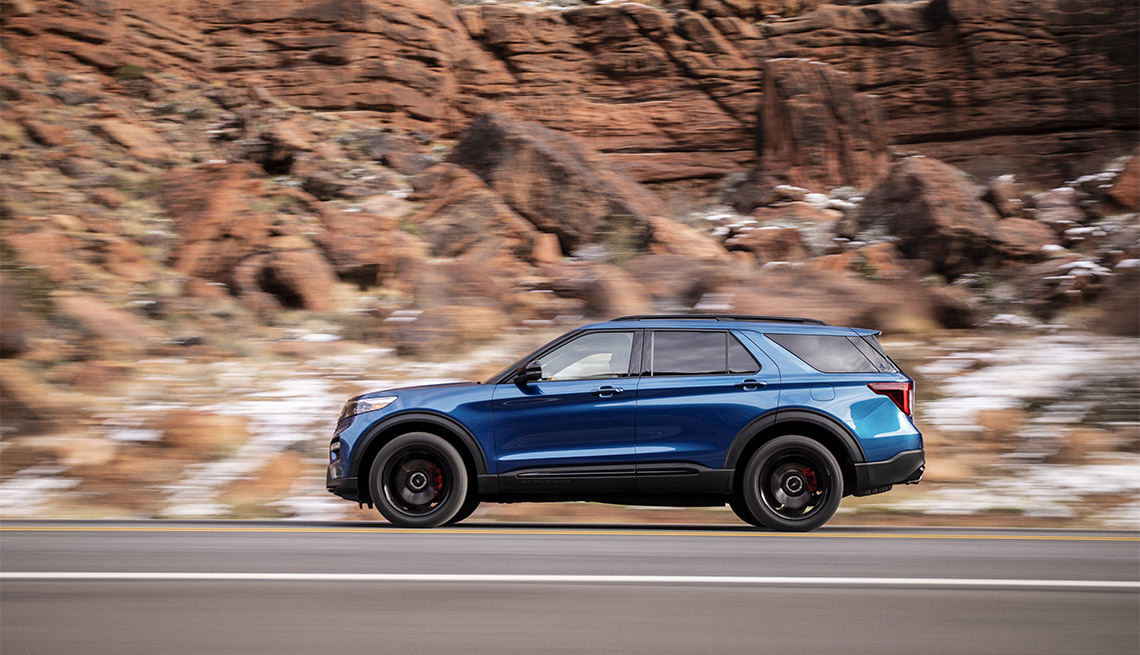 En español | Let's harken back to the intro of that 1950s TV hit, the Lone Ranger:

Return with us now to those thrilling days of yesteryear, back when car buyers decided practical didn't have to mean boring, and started snapping up sporty, high-performance versions of the plain family sedans that most everybody drove in the 1950s and ‘60s and into the ‘70s.

Perhaps you recall the Chevrolet 1960s sedans with 409-cubic-inch engines (6.7 liters in todayspeak) that spawned the Beach Boys hit “409.” Or the 1959 Chevy sedans with 348 cubic-inch (5.7-liter) engines, about which Car and Driver said: “Exhilarating, thrilling, and amazing to drive. … Comes on right now with that booming, hard-slamming thunder that we've learned to associate with wild, full-race V-8s.”

Or Ford's 1960s Galaxie with 406 cubic-inch (6.65-liter) V-8 that generated no hit songs but snagged this praise from Car and Driver in 1962: “Something like Ferrari performance at a fifth the price."

And Chrysler's 300-series sedan in the 1950s and ‘60s, and Pontiac's Tempest economy car stuffed full of roaring V-8 to justify the GTO name and earning Motor Trend's accolades in 1970: “The best American car we have ever driven, and probably one of the five or six best cars in the world for the enthusiast driver."

Such mixing of giddy-up with practicality trickled on even into the fuel-economy-obsessed 1980s that were a reaction to the fuel shortages and price increases of the ‘70s. Famed hot-rodder Carroll Shelby turbocharged the 1980s Dodge Omni economy car into a fearsome muscle machine, showing the party wasn't quite over for those wanting fun with their fuel-efficient, practical four-door sedans.

Ford stuck a toe in modern waters with the 1989 Taurus SHO — for Super High Output — sedan, intending it to be a limited-production item. But it was popular enough that Ford kept it through 1999 then resurrected it for the 2010 model year and has continued it through this year.

Staid vehicles on the outside

So we've had an enduring affair with more-or-less ordinary, practical machines underpinned with serious sporting credentials. And the formula is abloom anew in the SUV universe, which is about 48 percent of all new vehicles sold, according to Edmund.com data.

SUVs are by far the favorites of new-vehicle buyers in households headed by people 55 and older. They pick SUVs 54.1 percent of the time, according to a data provided for AARP by IHS Markit, which analyzes business information. Second place? Sedans at just 20.9 percent.

Go-fast, turn-sharp, stop-fast SUVs from common car-like crossovers such as Hyundai Niro and Ford Edge ST to truck-based outfits such as Chevrolet Tahoe RST Performance Edition are springing up fast.

It predates cars, he figures, back to when the taunt was, “I've got four horses to your two."

"It's the same (type of) buyer who was buying the high-performance sedan” decades ago, says Mark Takahashi, a senior editor at researcher Edmunds.com.

The power is within

Icons of the current phenomenon are Ford's ST versions of its fully redesigned 2020 Explorer and its updated Edge, launched as a 2019.

But others are flying only slightly lower on the radar. Some are camouflage jobs that carry no get-outa-my-way nomenclature but have snappy engines and often upgraded suspensions and brakes.

Of course, this is happening because of the money to be made.

"Ford is genius,” says Ian Beavis, chief strategy officer at researcher and consultants AMCI. “They've found a market and price point” that are begging to be filled.

"There is a percentage that doesn't want a boring vehicle for their daily driver,” he says.

Beavis has noticed it especially among up-market buyers, he says.

"I've got a couple of friends who've gone from (Mercedes-Benz) AMG (high-performance) sedans into Mercedes’ SUVs. They're loyal to Mercedes, but they want to be able to get into and out of their vehicles and have room for all the grandkids,” he says, noting that many SUVs have a handy step-in/step-out height. You needn't climb up nor drop down.

"And you're not compromising much in the SUVs compared to the sedans,” Beavis says.

Take the ST Edge, for instance. You can get huge brakes and fat, super-traction tires paired with the ST's standard firm suspension, responsive steering and V-8-like performance from its turbocharged V-6.

The average new-car buyer is 54, Beavis’ data show, and his research also shows that's a time of fat assets and wallets, so $50k or even $60k and more for a hoot of time behind the wheel can seem reasonable, he says.

Here are some of those frisky SUVs for all you feisty grownups along with a few of those old models that you could consider their spiritual predecessors.

You can find more sporty SUVs if you wander upscale into Audi/BMW/Mercedes-Benz/Porsche territory, and some starter models from those brands are priced about even with those we list. We've tried to stay with the mainstream nameplates, figuring they'd be of the most interest to the most people.