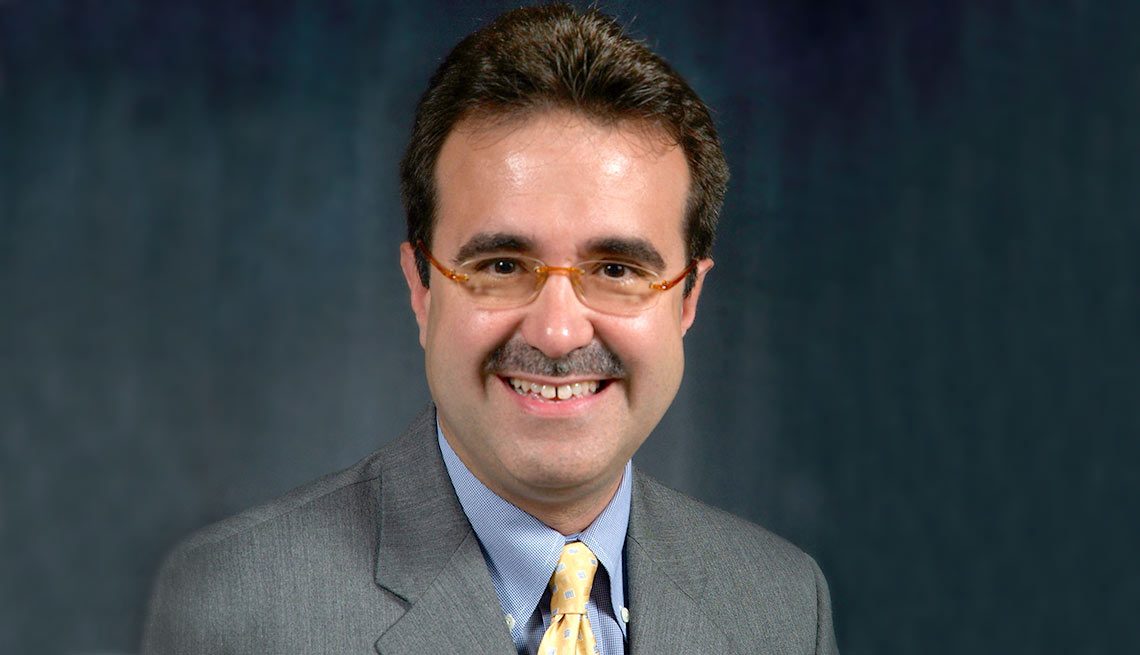 Emilio Pardo is a senior executive with over 20 years of business leadership and success with corporate, government and nonprofit organizations. He is a member of the AARP executive team, and president of Life Reimagined LLC, a nonprofit subsidiary corporation of AARP, dedicated to helping people dream, explore, find new opportunities and pursue new possibilities in their lives. The company provides digital, online and live experience products and services to navigate life transitions.

Previously, he served as AARP’s chief brand officer (CBO), where he was responsible for the creation, management and integration of the global brand throughout the organization, covering over 50 offices worldwide. He was appointed CBO in January 2006, to help the organization reposition what is arguably the most complex brand in the market, and extend it to address the 76+ million U.S. boomers. He joined AARP in 2005 as Senior VP, Business Development at AARP Services, Inc. (ASI), the association’s for-profit arm. He was responsible for all product development and licensing, new market/channel development, joint ventures, and strategic alliances and corporate partnerships with organizations such as Borders, Walgreens, the Home Depot, United Health Care, the Hartford Group, Proctor & Gamble and Travelocity.

During his tenure with AARP, he has helped the organization grow from 36 million to 40 million boomer/senior members, and added over $200 million in new revenue. His specific responsibilities included all marketing, advertising, brand and positioning programs for AARP and ASI. Among his many achievements, he helps make AARP the third most trusted brand in America.

Before joining AARP, he was senior vice president for Discovery Communications Inc., a leading television network. At Discovery, he was responsible for strategic business development spanning all 14 broadcast networks including Discovery Health Channel, Discovery Channel, Travel Channel, Animal Planet, TLC and FitTV. He developed a number of new on-air and off-air partnerships for the health and fitness sectors, including the development of the first-ever series of Continuing Medical Education (CME) broadcast programs for Discovery Health Channel. Among his many accomplishments was the development of several major national health and fitness initiatives and partnerships, including the first-ever televised awards show and gala “Medical Honors 2004,” which celebrated the achievements of our nation’s most eminent health care leaders, professionals and scientists. He was also responsible for creating dozens of public/private alliances with influential organizations such as U.S. Department of Health and Human Services and Centers for Disease Control.

Prior to joining Discovery, he was CEO and a member of the board of CityNet Telecommunications Inc., a leading telecommunications network company and pioneer in building fiberoptic networks in U.S. and international cities. As a cofounder, he led the company in raising two major rounds of funding, totaling $475 million, from leading private equity groups. During his tenure at CityNet, he helped the company grow a profitable niche customer base with cable and telecom companies and developed partnerships with over 22 major city governments in order to deploy broadband and other information services to businesses and consumers.

He joined CityNet after serving as senior VP & senior partner with Fleishman-Hillard International Communications Inc., the world’s largest communications and marketing firm. During his 10-year career at Fleishman-Hillard, he is credited with innovating some of the agency’s most successful products and services as well as pioneering its global expansion, especially into Latin America. He also served as head of business development and founder of the social marketing practice. He has managed and mentored numerous senior strategic communications professionals, representing interests and organizations as diverse as SBC, PBS, AARP, VISA, AOL, TELMEX, Direct Marketing Association, and the White House National Anti-Drug Communications effort.

He began his career as the first Hispanic press secretary in the U.S. Senate, representing then Commerce Committee Chairman Fritz Hollings (D-S.C.). He was the national spokesman for the committee for five years on major national issues such as telecom reform, aviation deregulation, public, Merchant Marine, U.S. Tourism and NASA Space Policy.

Request Emilio Pardo as a speaker for your event.