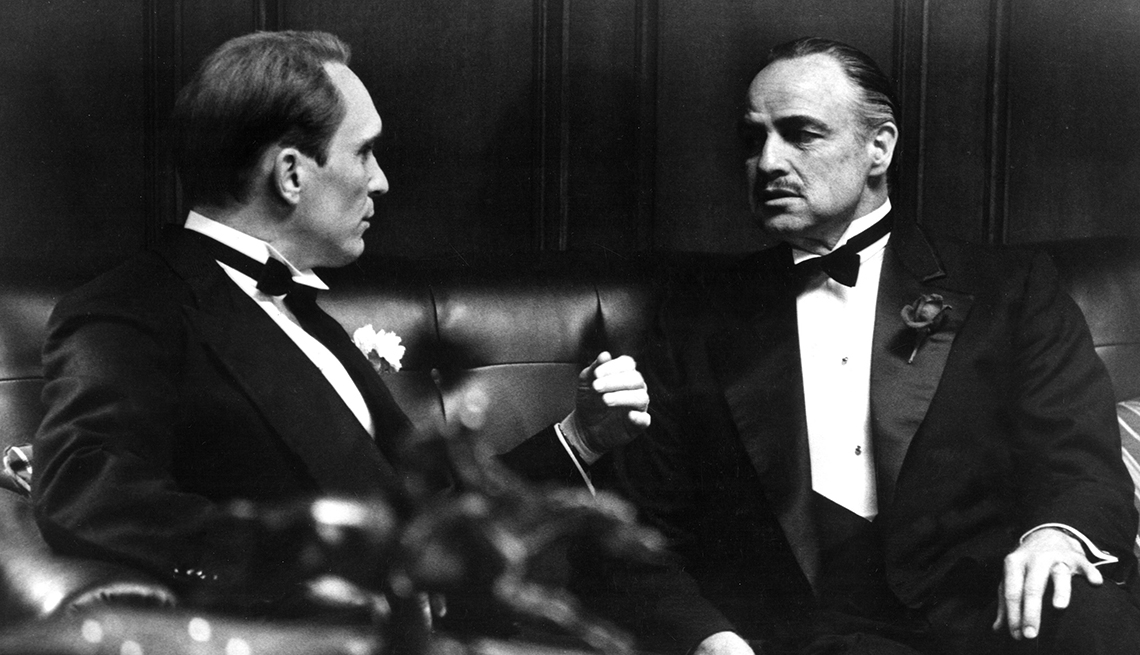 Robert Duvall and Marlon Brando in a scene from the 1972 movie "The Godfather." Brando shows us that how you say something is often as important as what you say.

The scene: “I’m gonna make him an offer he can’t refuse.” That most famous of all movie lines is the primary Corleone negotiation strategy damn if it doesn’t work wonders.  When sleazy lounge crooner (and Vito Corleone godson) Johnny Fontane gets KO’ed for a star-making movie role, consigliore Tom Hagan (Robert Duval) talks turkey to the hostile studio head, calmly offering up fair trade. “You’ve got some labor trouble coming up,” he tells him. “My client promises to make that trouble disappear. You have a top star who just graduated from marijuana to heroin....” When the dude refuses to take the bait—and drops a few crude anti-Italian slurs to boot—he learns the true meaning of the phrase “from the horse’s mouth.” In his bed! Covered in blood! Sorry Khartoum. (That’s the horse.)

Teachable moment: “How you say something is often as important as what you say.  Your tone and demeanor convey a lot about you as a person.” 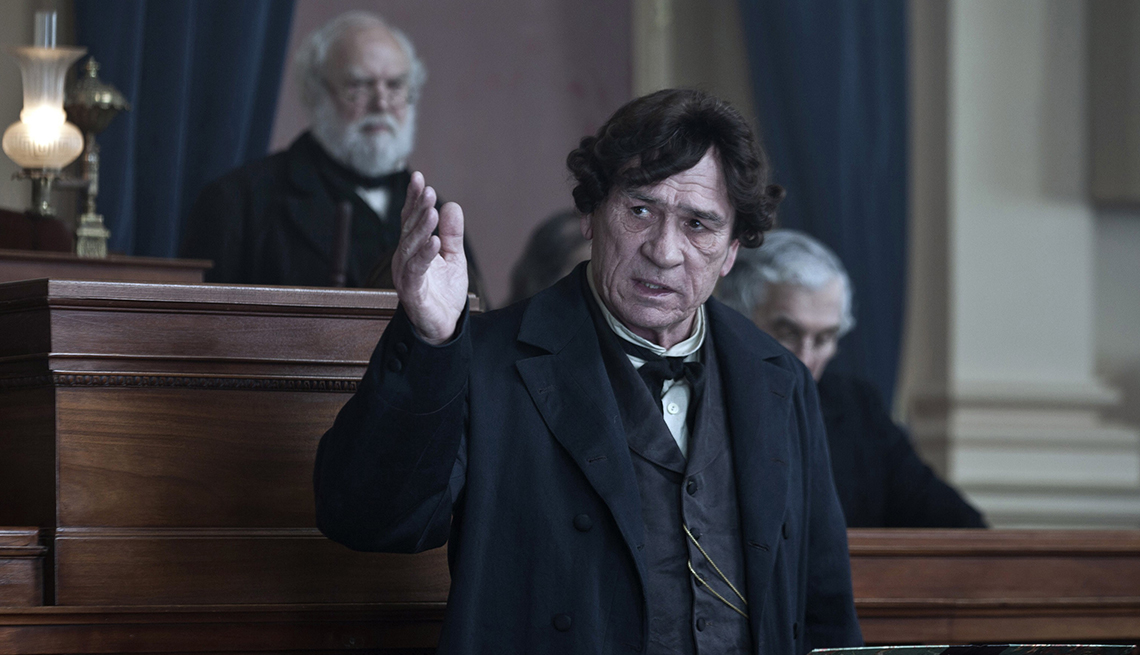 Tommy Lee Jones makes a speech as Rep. Thaddeus Stevens in the 2012 film "Lincoln." Jones character criticizes his opponent personally, something that should be avoided. Lack of respect is a relationship killer.

The scene: The movie is built entirely around the monumental political negotiations that led to the passing of the 12th Amendment and the Constitutional abolishment of slavery. In a key moment, Rep. Thaddeus Stevens (Tommy Lee Jones) scorches the earth while debating a pro-slavery adversary on the floor of the Congress: “How can I hold that all men are treated equal, when here before me stands the stinking moral carcass of the gentleman from Ohio…. Proof that some are inferior, endowed by their maker with dim wit, impermeable to reason, with cold pallid slime in their veins instead of hot red blood.” What a charmer.

Teachable moment: “Always avoid demeaning or belittling the person you are dealing with. A display of your sarcasm or lack of respect is a relationship killer.” Oh well. The bill passed anyway. 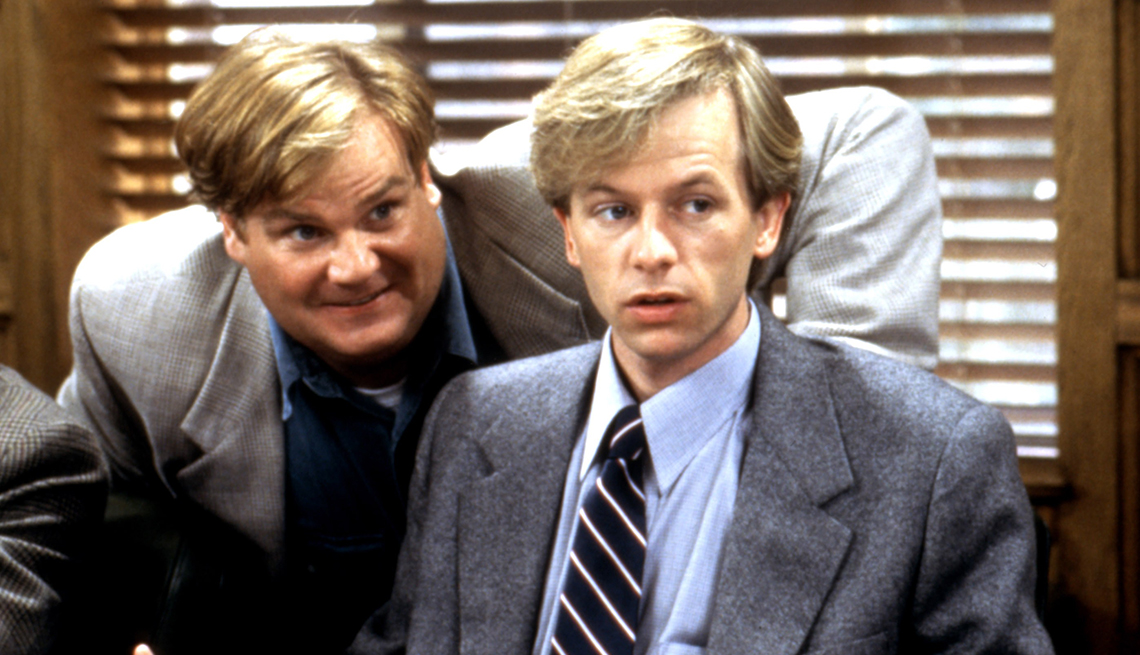 Chris Farley, left, and David Spade in a scene from the 1995 movie "Tommy Boy." Quickly offering a solution to a problem tends to show you haven't taken time to fully understand the issues and concerns being expressed.

The scene: Goofy dimwit Tommy Callahan (Chris Farley) is trying to save his family’s auto parts company. When a must-have client turns him down flat, Tommy pulls out the stops, improvising a rambling, borderline insane sales pitch about the reliability of products that come with a guarantee, including a tangent about the how “the guarantee fairy might leave a quarter under your pillow” but will ultimately sniff some glue, steal cash off your dresser and impregnate your daughter. “I’ve seen it a hundred times,” he insists. Weirdly enough, he wins the business.

Teachable moment: “Efforts to quickly offer a solution to a problem being presented tends to show that you haven’t taken the time to fully understand the issues and concerns being expressed.” 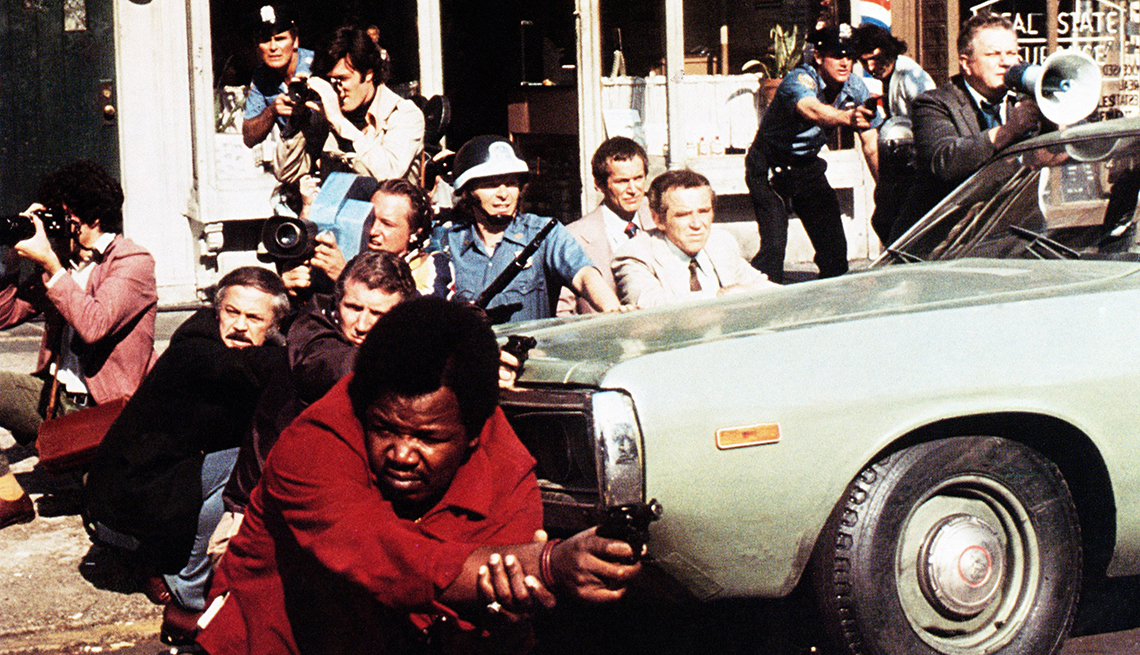 James Broderick with his hand on the car at right and Charles Durning with a bullhorn in a scene from the 1975 movie "Dog Day Afternoon." When either party in a conversation is in an emotional state that has to be relieved before solutions to problems can be found.

The scene: Things are spiraling way out of control for would-be bank robber Sonny Wortzik (Al Pacino). His getaway plan has gone to hell, he’s surrounded by an army of cops, and he’s threatening to kill the hostages he’s holding inside. Negotiations with sweaty, emotional police Sergeant Eugene “I’ll give you anything you want, Sony” Morettia have been reduced to shrieking rants and threats: “Attica! Attica!”

Clearly it’s time for a new, harsher negotiation strategy. And negotiator. The electricity is shut off, and ice-cool FBI man Sheldon lays down the new law. “No more favors, Sony,” he says. “That’s all over… I’d like to work with you on this, not against you… I wouldn’t like to [kill you], but I will if I have to.” This gets Sony’s full attention, pronto.

Teachable negotiation tactics: “If either party in a conversation is in a high state of emotional arousal their ability to think and behave rationally is greatly diminished. Before we find reasonable solutions to problems, we must first lower the emotions driving the behavior. And be sincere and genuine.”