The program is going broke, the retirement age is 65, and other common misconceptions 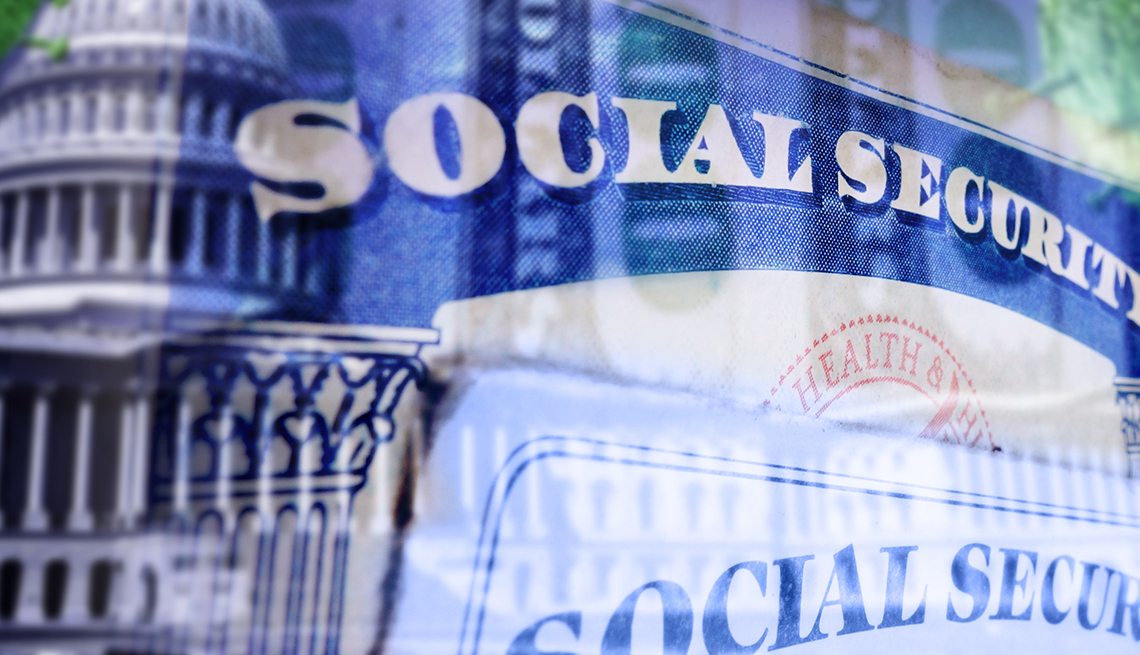 Social Security is enormous and complex, paying out more than $100 billion a month to some 65 million retirees, people with disabilities and their family members. It's wildly popular, supported by more than 90 percent of U.S. adults across the political spectrum, according to a 2020 AARP survey. And it's critical to older Americans’ financial health, with 4 in 5 of those polled expecting to rely on Social Security during their later years.

Given Social Security's importance, concerns about its current and future state are understandable and widespread. Some of those worries, and the many changes to the program in its eight-plus decades, have given rise to misconceptions about how it is funded and how it works. Here are the facts behind 10 of the most stubborn Social Security myths.

The 3 Biggest Myths About Social Security

The facts: As long as workers and employers pay payroll taxes, Social Security will not run out of money. It's a pay-as-you-go system: Revenue coming in from FICA (Federal Insurance Contributions Act) and SECA (Self-Employed Contributions Act) taxes largely cover the benefits going out.

Social Security does face funding challenges. For decades it collected more than it paid out, building a surplus that stood at $2.85 trillion at the end of 2021. But the system is starting to pay out more than it takes in, largely because the retiree population is growing faster than the working population, and living longer. Without changes in how Social Security is financed, the surplus is projected to run out in 2035, according to the latest annual report from the program's trustees.

Even then, Social Security won't be broke. It will still collect tax revenue and pay benefits. But it will only bring in enough to pay 80 percent of scheduled benefits, according to the latest estimate. To avoid that outcome, Congress would need to take steps to shore up Social Security's finances, as it did in 1983, the last time the program nearly depleted its reserves. The steps then included raising the full retirement age (see Myth #2), increasing the payroll tax rate and introducing an income tax on benefits (see Myth #8).

The 65 threshold is a longtime Social Security truth that became a myth. When Social Security was created in 1935, 65 was set as the age of eligibility. In later decades the minimum eligibility age was lowered to 62, when people could claim a reduced benefit, but 65 remained the standard for full retirement.

That changed with the 1983 overhaul, which raised the retirement age to reduce Social Security's costs. The increase is being phased in over time; 2002 was the last year in which people turning 65 could claim their full benefit.

Myth #3: The annual COLA is guaranteed

The facts: Since 1975, Social Security law has mandated that benefit amounts be adjusted annually to keep pace with inflation. But there is no requirement that this cost-of-living adjustment (COLA) produce a yearly increase.

But if the index doesn't show a statistically measurable rise in prices — if there's effectively no inflation — then there's no adjustment to benefits. This has happened three times since the current formula was adopted, in 2010, 2011 and 2016. Whether or not it produces a benefit increase, this process is automatic; it does not involve the president or Congress. They would have to take separate action to change the COLA.

The facts: A common complaint about Social Security is that members of Congress don't bother fixing the program because it doesn't cover them. Actually, it does. Members of Congress came under the Social Security umbrella in 1984, along with the rest of the federal workforce, as part of the sweeping changes to the program enacted the previous year.

Before that, senators and representatives did not pay into Social Security and were instead fully covered by a pension plan called the Civil Service Retirement System (CSRS). Those in office on Jan. 1, 1984, were allowed to remain in CSRS, but only in conjunction with Social Security. (If you're curious, two senators and four House members remain from those days.)

Those elected since are covered by Social Security as well as a pension program that replaced CSRS. Either way, members of Congress pay into Social Security just like most American workers.

Myth #5: The government raids Social Security to pay for other programs

Here's how: Social Security's tax revenue is, by law, invested in special U.S. Treasury securities. As with all Treasury bonds, the federal government can spend the proceeds on a variety of programs. But as with all bondholders, Treasury has to pay the money back, with interest. Social Security redeems the securities to pay benefits.

The facts: Some have blamed problems with Social Security's financial health on undocumented immigrants draining the system's resources. It's a popular complaint, but a false one. Noncitizens who live and work in the U.S. legally can qualify for Social Security under the same terms as native-born and naturalized Americans, but undocumented people are not allowed to claim benefits.

The facts: The government does not stow your payroll tax contributions in a personal account for you, to be paid out with interest when you retire. Your benefit is based on how much money you earned over your working life, not on how much you paid into the system. As noted above, those contributions fund benefits for current retirees (and their survivors, and people with disabilities). When you retire, those still working will cover your benefits, and so on.

You might think of it less like saving for retirement — there are other vehicles for that — and more like an earned benefit the government promises to pay so you have at least some income in your later years. Emphasis on “some": Contrary to another common misperception, Social Security is not meant to replace your entire work income. On average, it provides about 40 percent of a beneficiary's preretirement earnings. The formula for calculating benefits is weighted so that they replace a larger percentage of income for lower-wage workers and a lower percentage for upper-income earners.

The facts: This was true until 1984. The Social Security overhaul passed by Congress and signed by President Ronald Reagan the year before included a provision that made a portion of Social Security benefits taxable, depending on your income level.

You will pay federal income tax on up to 50 percent of your benefits if your income for the year is $25,000 to $34,000 for an individual filer and $32,000 to $44,000 for a couple filing jointly. Above those thresholds, up to 85 percent of benefits are taxable. Below them, you don't owe the IRS anything on your benefits. (Roughly speaking, Social Security counts as income the money you get from work, pensions and investments; nontaxable interest; and half of your Social Security benefits.)

Myth #9: An ex-spouse's benefits come out of your own

The facts: If you are divorced, your former spouse may be eligible to collect Social Security benefits on your earnings record (and vice versa). As with benefits for a current spouse, these can be up to 50 percent of the benefit amount you are entitled to at full retirement age.

But those ex-spouse (or spouse) benefits don't reduce your Social Security. They are distinct payments and have no effect on what you receive each month, even if both a current and a former spouse (or multiple former spouses) are collecting them. You get the benefit you're entitled to, based on your earnings history and the age when you file for Social Security.

Myth #10: You lose benefits permanently if you keep working

The facts: Social Security does have a rule, called the "earnings limit" or “earnings test,” that can temporarily reduce the benefits of people who still work. But it doesn't apply to all working beneficiaries and is not permanent.

The rule only covers people who claim benefits before full retirement age and continue working. In this circumstance, Social Security withholds a portion of benefits if earnings from work exceed a set cap, which changes every year and differs depending on how close you are to full retirement age.

In 2022, your benefit is reduced by $1 for every $2 in income above $19,560, if you won't hit full retirement age until 2022 or later. If you will reach FRA in 2022, the formula is $1 less in benefits for every $3 in earnings above $51,960. On the date when you hit FRA, the earnings test goes away — there's no benefit reduction, regardless of your income. Social Security also adjusts your benefit upward so that over time, you recoup the money that was withheld.

Andy Markowitz is a contributing writer and editor for AARP, covering Social Security and fraud. He is a former editor of The Prague Post and Baltimore City Paper.

Laid Off During the Pandemic: Should You Tap Into Social Security Early

Look for other solutions first

True-or-False Quiz: How Well Do You Know Social Security?