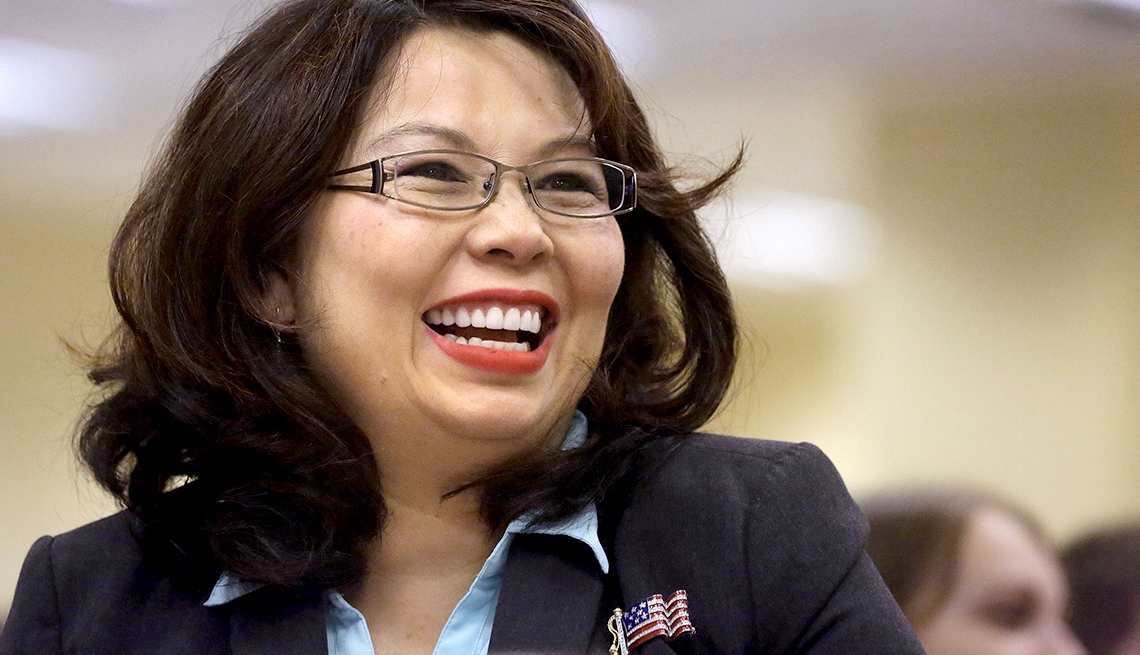 Sen. Tammy Duckworth (D-Ill.) had a baby girl on Monday, making the 50-year-old the first U.S. senator to give birth while in office, her staff announced.

"Bryan, Abigail and I couldn't be happier to welcome little Maile Pearl as the newest addition to our family and we're deeply honored that our good friend Senator [Daniel] Akaka was able to bless her name for us -- his help in naming both of our daughters means he will always be with us," Duckworth said in a statement.

Akaka, a Democrat from Hawaii who served in Congress for more than 30 years before his retirement, died Friday at age 93. Duckworth and her husband, Bryan Bowlsbey, had their first child, Abigail, in 2014, when she was serving in the House of Representatives. The new baby's name is Maile Pearl Bowlsbey (pronounced My-lee, according to a statement from Duckworth's office).

This is not the first "first" in Duckworth's career. She also is the first disabled woman to win election to Congress and the first Asian American woman to represent Illinois. The former Army helicopter pilot lost both of her legs and suffered serious wounds to her right arm when her helicopter was shot down in Iraq in 2004.

In her statement, Duckworth said: "Parenthood isn't just a women's issue, it's an economic issue and one that affects all parents — men and women alike. As tough as juggling the demands and being a Senator can be, I'm hardly alone or unique as a working parent, and my children only make me more committed to doing my job and standing up for hardworking families everywhere." She will be taking 12 weeks off with her newborn, but staying in the Washington area so she's available to vote as needed.

Although Duckworth may be blazing a trail in the Senate, she's part of a trend that has seen more women having children in their 40s and 50s. According to numbers from the National Center for Health Statistics, the provisional birth rate in 2016 for women ages 40 to 44 was 11.4 births per 1,000 women, up 4 percent from 2015 and the highest rate for the age group since 1966. The rate for women 45 and older was 0.9 births per 1,000 women, the highest since 1963.

One famous symbol of this trend is singer Janet Jackson, who gave birth to her first child at age 50.