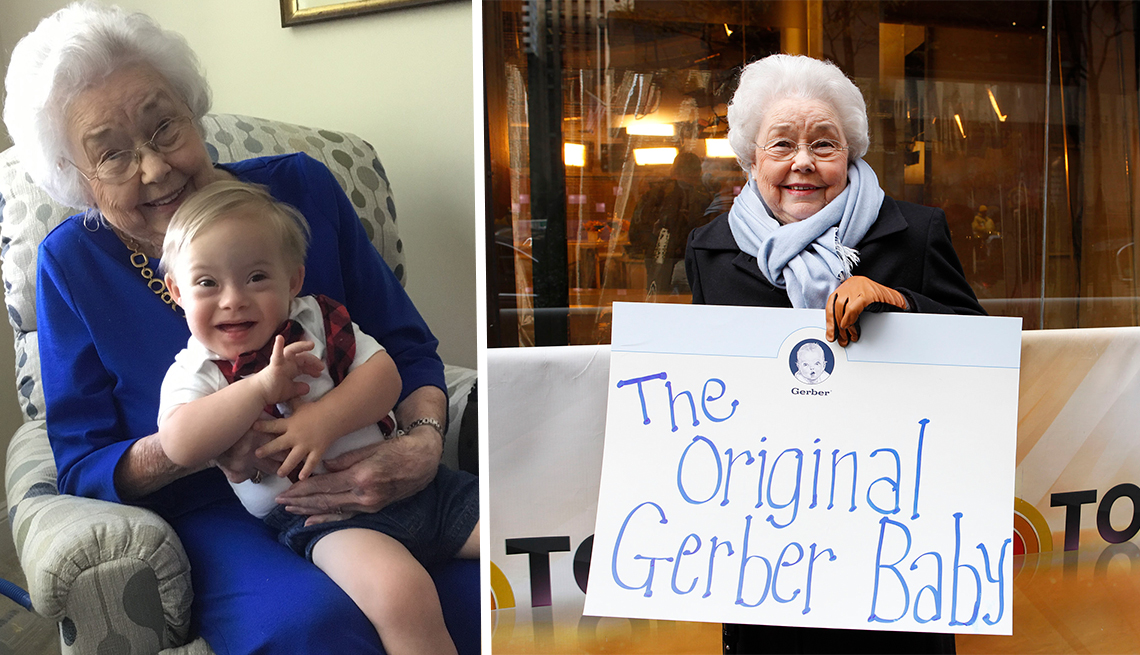 Can we all just say "ooh aah"? Two history-making Gerber babies — 90 years apart — met for the first time on Saturday. The result was one of the sweetest photo-ops ever.

The 1-year-old newest baby to represent the baby-food brand, Lucas Warren, became the first Gerber baby to have Down syndrome when he was chosen as a brand ambassador in February. Lucas posed with the original Gerber baby, 91-year-old Ann Turner Cook, after Gerber arranged a meeting between the two in Tampa, Fla., on June 2. Cook became the face of Gerber after her family entered a sketch of her for a company contest in 1928. That picture became Gerber's official trademark in 1931 and is still iconic all these decades later.

Cook has lived in Tampa for most of her life and still does. She and the newest "spokesbaby" apparently became fast friends after their meeting, Lucas' family told various media outlets. Cook's grandson, Chris Colin, posted the photo of the two meeting on Twitter, and it now has been liked tens of thousands of times. 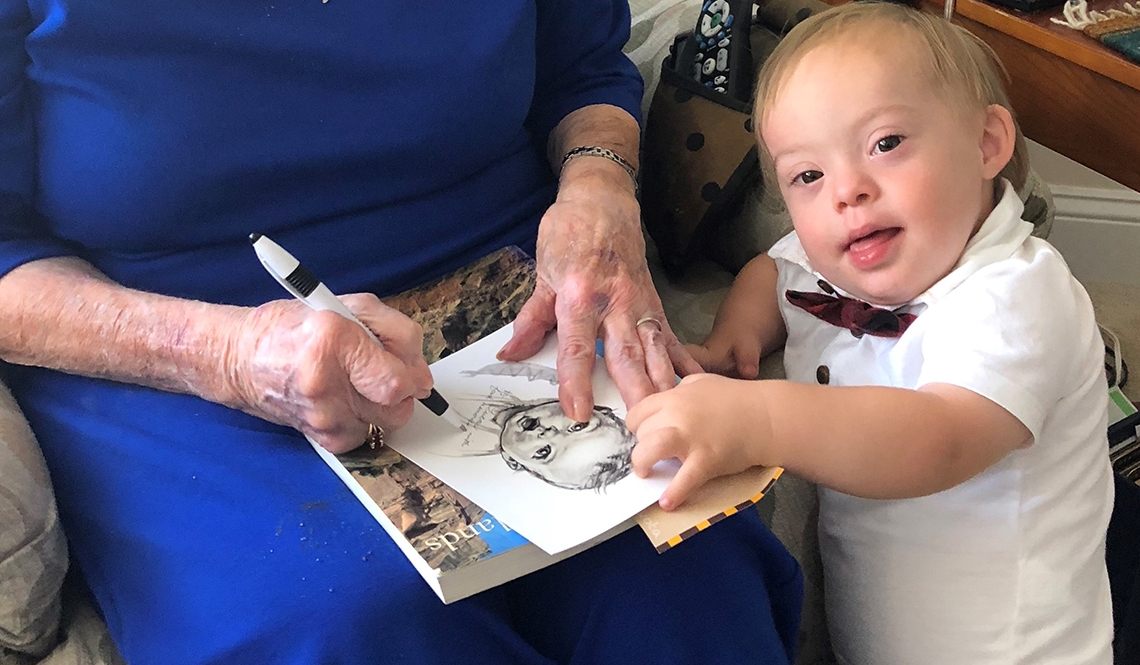 The newest Gerber baby, Lucas Warren, watches as the original Gerber baby, Ann Turner Cook, signs the iconic picture of herself at their June 2 meeting.

"As soon as we walked into the room, she and Lucas immediately bonded," Jason and Cortney Warren, the baby's parents, said in a statement to People. "Lucas walked right up to her, flashing his signature smile and waving, and we could tell he loved her right away."

Lucas, of Dalton, Ga., was selected by Gerber out of more than 140,000 photos submitted by parents. Bill Partyka, chief executive and president of Gerber, said it was Lucas' smile that won the judges over.