'Hidden Figures' inspiration's love of math continued through her life 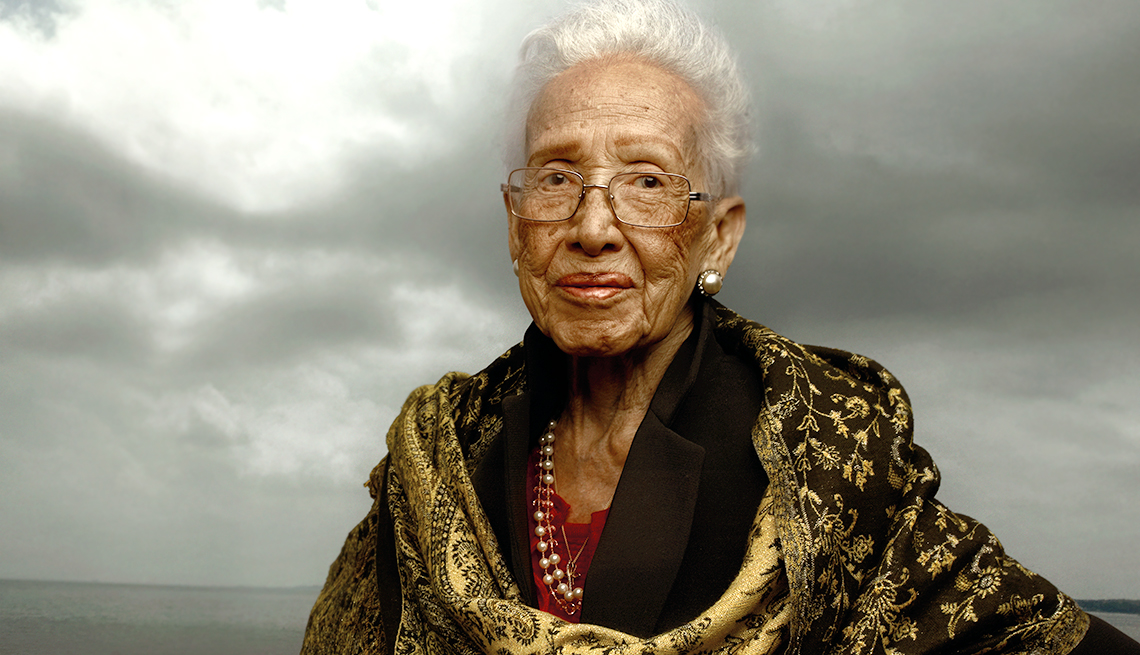 "I believed I was where I was supposed to be," Katherine Johnson says of her career in the space program.
Annie Leibovitz/Vanity Fair/Trunk Archive
By:
Sue Lindsey
February 19, 2018

Editor's note: The following is a 2018 interview with former NASA mathematician Katherine Johnson, who died Feb. 24, 2020.

Katherine Johnson, one of the NASA mathematicians depicted in the movie Hidden Figures, turns 100 in August, and NASA recently named a research center after her. In an interview with the AARP Bulletin, Johnson speaks about her love of math and the continuing ways that she encourages young people to pursue their dreams.

Your work at NASA beginning in the 1950s made you a pioneer for African American women as well as for the space program. How did you cope with the discrimination common in America in that era?

My colleagues and I were committed to the work. We found different ways to deal with the segregation.

In the cafeteria, we just ignored the sign [for segregated seating]. But at some point, we started eating at our desks. When we left work, our lives were definitely separate — separate communities, separate schools for our children, separate grocery stores and churches. But then we’d be back with our colleagues on the job. People are people. My father’s advice helped. He said, “You’re no better than anybody else, but nobody is better than you.”

What caused your love for math?

I was always interested in math. I counted everything as a child — the number of steps up the stairs, the dishes, the steps to church. Those thoughts just came naturally. While I skipped grades in school, my parents made sure I stayed grounded.

Explain what math means to you.

It’s just there. You can’t do anything without it. It’s in everything. I like to work problems. If you do your best, nobody can ask you to do it over again. I never had to repeat what I did. 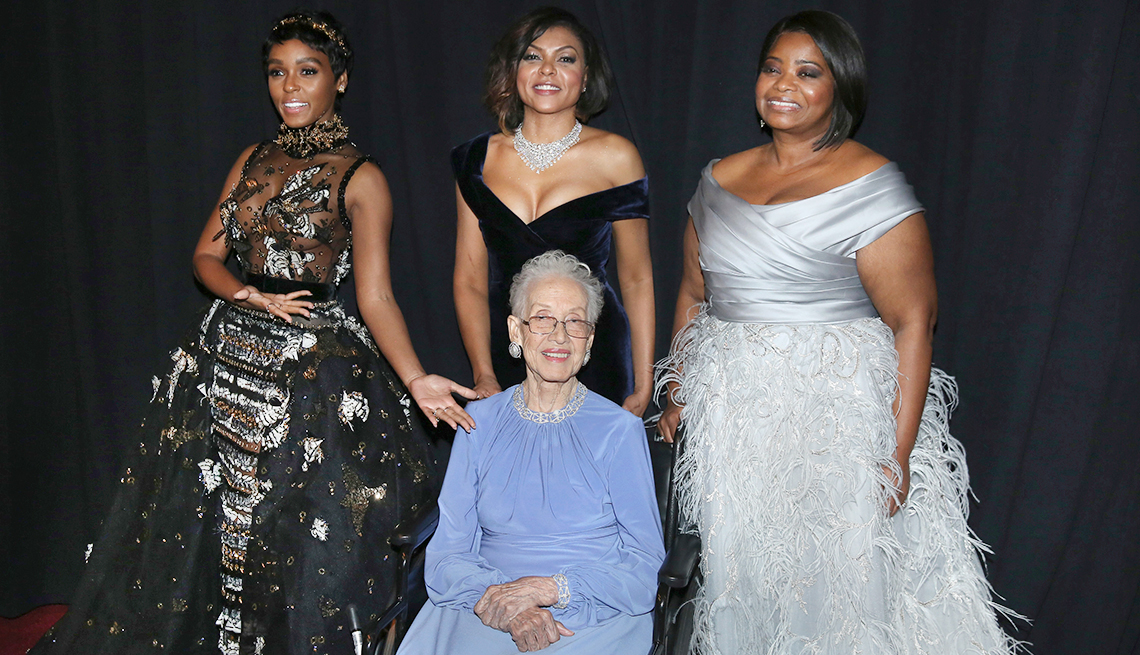 Hidden Figures has scenes about you and John Glenn, the first astronaut to fly around the Earth. Were they accurate or just Hollywood embellishment?

I was able to work out the calculation several places past the decimal point, and he said OK to the mission.

You also worked on the first manned flight by Alan Shepard, the moon landing and the space shuttle. It must have been an exciting time to work at NASA.

I believed I was where I was supposed to be. When I was a student, my mentor told me I’d make a good research mathematician. I said, “What is that?” and he told me I’d have to find out for myself. At NASA, I happened to be at the right place at the right time. When you put bright people in a room and they had something to do, they worked on it until they got it done. But honestly, it was never work to me.

We put in some long hours at times, and I had three children at home. But they were very responsible, and I had family and friends who helped look after them.

How have you stayed active and engaged since you retired from NASA in 1986?

I’ve spent a lot of time tutoring kids in math as a volunteer. I’ve always enjoyed helping people understand what they can find in math. There’s no judgment there.

From time to time I’ve spoken to school groups about my work at NASA. I’ve also been active in my church and my sorority [Alpha Kappa Alpha]. I like to play bridge and other games that involve math.

What do you think of computers now? Would you rather use them to help solve math problems? 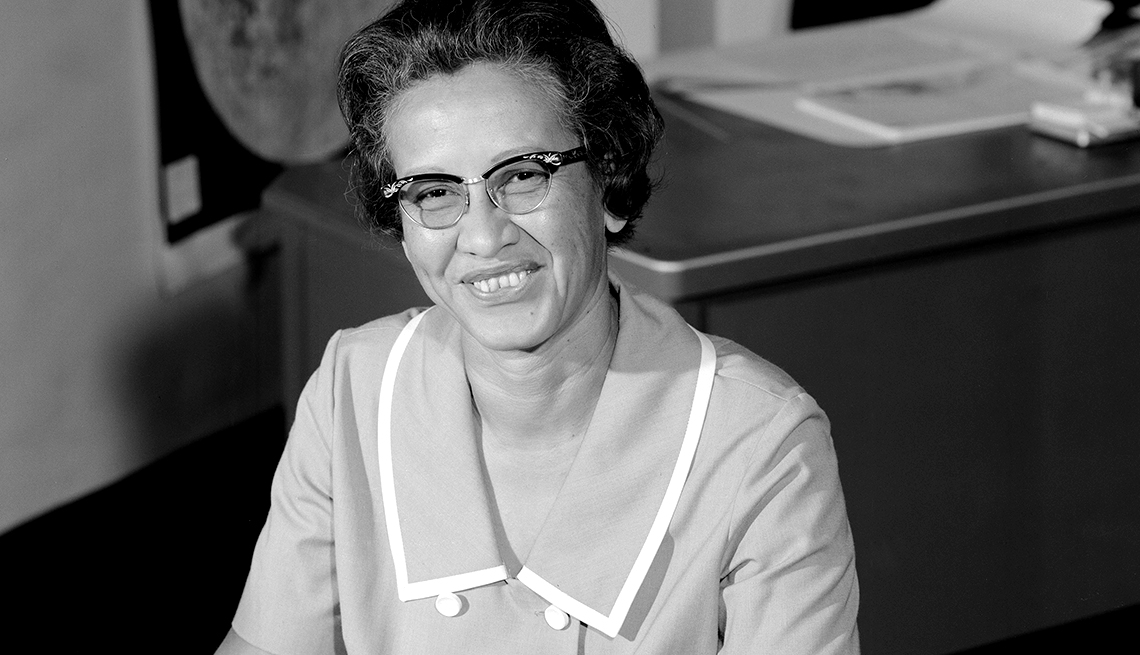 NASA space scientist and mathematician Katherine Johnson poses for a portrait at work at the NASA Langley Research Center in 1966 in Hampton, Va.
NASA/Donaldson Collection/Getty Images

I’ve told my grandchildren, “First you learn how to work the problem, and then you can go use the computer.” I never liked that they could use a computer to find the answer.

You’ve gotten a lot of accolades for your work with the space program. Most recently, you had a building named for you at NASA’s Langley Research Center. How did that make you feel?

It was a nice tribute. I don’t know what all the fuss was about, though. I was just doing my job.

How would you encourage a young person to be successful in today’s world?

Follow your passion. Whatever you’re doing, do your best at all times and make it as correct as possible. Work as if someone is watching you. Then you’ll be prepared when an opportunity presents itself. And you’ll have the answers. 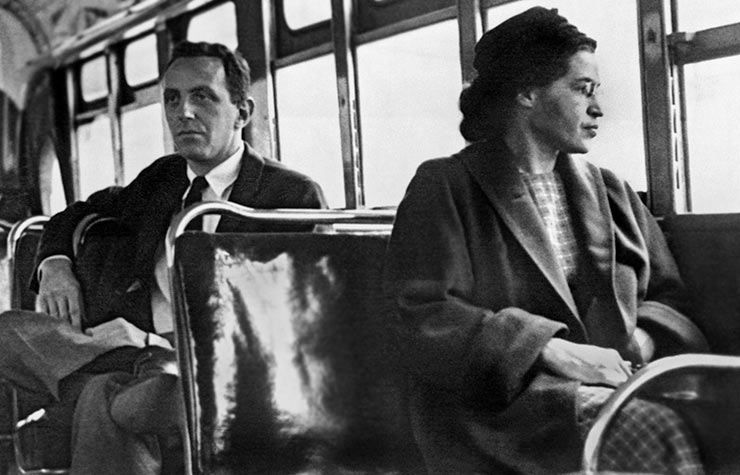 How much do you know about African American leaders and events?