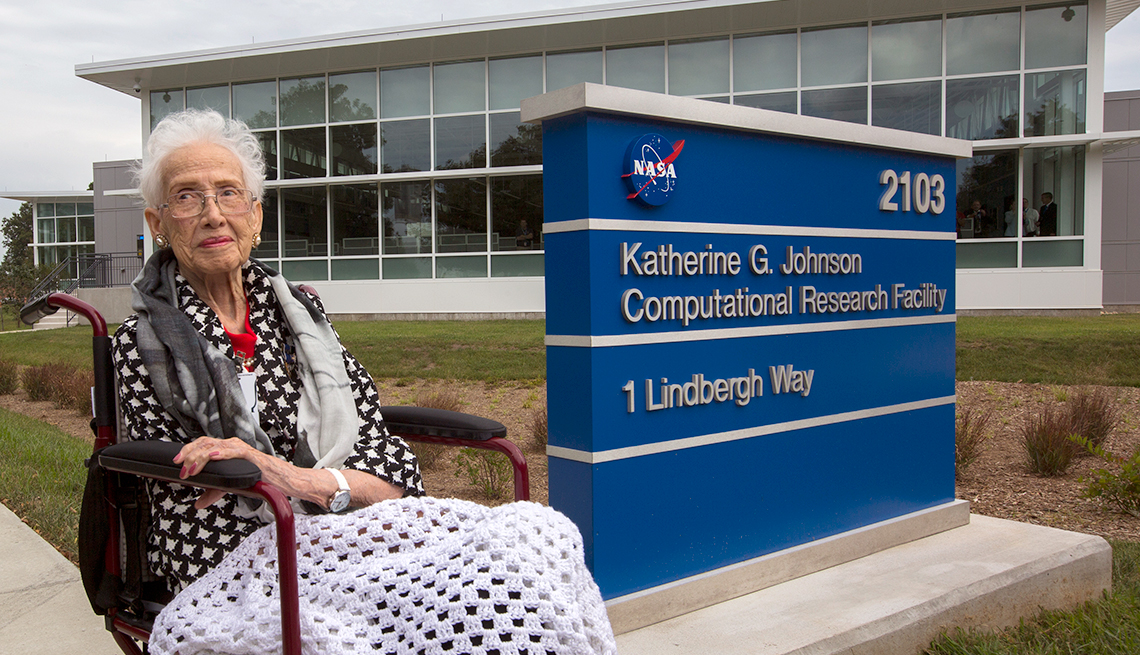 Katherine G. Johnson, the inspiration for the hit film 'Hidden Figures,' in front of the newly opened NASA building in Hampton, Va., that bears her name.

There's no hiding Katherine Johnson — or her remarkable contributions to the space program — any longer.

Last week, NASA named a new research center in honor of Johnson, who worked as a mathematician in the nascent days of the U.S. space program and whose precise pre-computer calculations were a key to the first successful orbital missions. The story of Johnson and her coworkers' little-known efforts on behalf of NASA and the space program inspired the 2016 film Hidden Figures, which earned three Oscar nominations and brought long overdue attention to their pioneering work.

The 99-year-old was on hand to cut the ribbon and officially open the Katherine G. Johnson Computational Research Facility at Langley Research Center in Hampton, Va. According to the agency, the $23 million, 37,000 square-foot facility consolidates five data centers and 30 server rooms at Langley, where Johnson worked from 1953 until her retirement in 1986 and earned the nickname "the human computer."

It was a well-deserved moniker: In 1962, astronaut John Glenn, wary of then-new computer technology, famously requested that Johnson personally double-check computer calculations before his successful Friendship 7 mission, when he became the first American to orbit Earth.

Johnson, who was awarded the Presidential Medal of Freedom — a civilian's highest honor — by President Barack Obama in 2015, took the latest tribute with characteristic humility.

“You want my honest answer? I think they’re crazy,” Johnson said in a video message that was played before the ceremony. “I was excited at something new, always liked something new, but give credit to everybody who helped. I didn’t do anything alone but try to go to the root of the question, and succeeded there.”