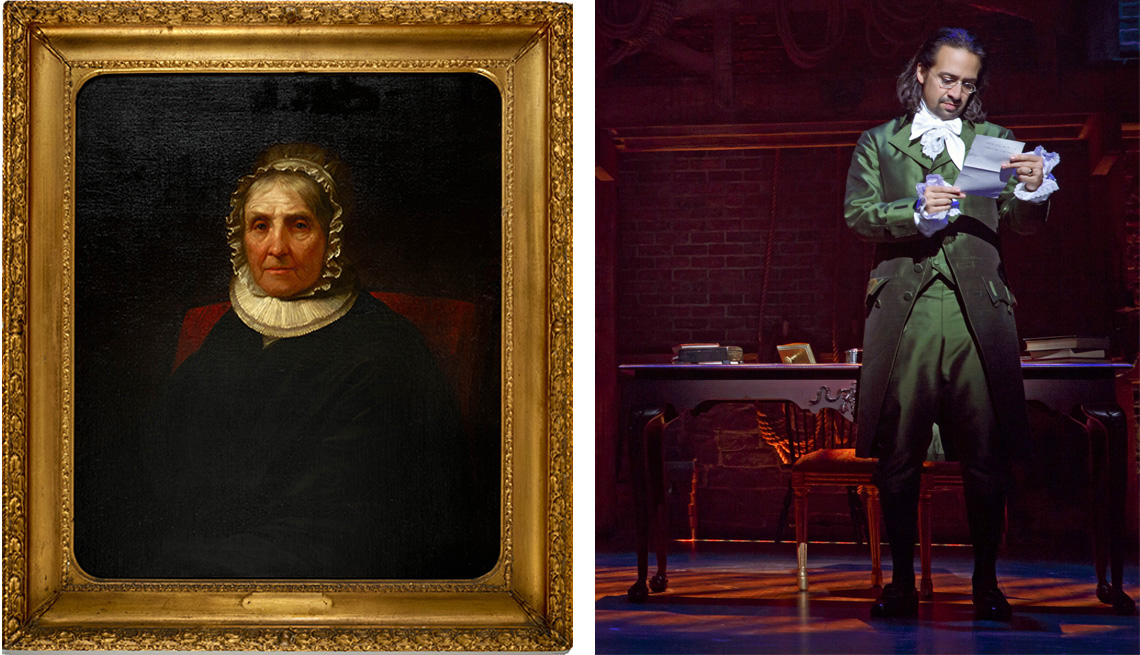 Hamilton: An American Musical has been a national phenomenon, winning 11 Tonys, turning former Vice President Joe Biden into a fan of rap music and spurring interest in one of America's most important founding fathers, Alexander Hamilton. But it's also provided a window into the life of Hamilton's wife, Eliza, who, after her husband's early death, became a notable philanthropist and went on to raise funds for the Washington Monument and start a charity called the Orphan Asylum Society of the City of New York, which was renamed Graham Windham in 1977.

With the acquisition of a mid-19th-century oil portrait of Eliza Hamilton by Daniel P. Huntington, as well as a green silk suit worn by Lin-Manuel Miranda, who played Alexander in Hamilton, the Smithsonian's National Museum of American History gives the couple icon status similar to more contemporary historical and pop-culture figures such as American first ladies, whose inaugural gowns are displayed there, or Julia Child, whose TV kitchen can be seen.

The new pieces, collected as part of the museum's Philanthropy Initiative, were unveiled Monday, along with a documentary short called Sharing Our Stories: The Eliza Project, directed by Morgan Marcell, an original Broadway cast member of Hamilton.

The portrait, which hung at the Graham School in New York since the early 1900s, is the first artifact related to Eliza Hamilton in the D.C. museum's collection. “The connection between Eliza Hamilton and the musical Hamilton shows philanthropy’s collaborative power and the American ideals of participation, resourcefulness and shared responsibility that continue to shape a distinctive form of giving in our nation,” said John Gray, the Elizabeth MacMillan director of the National Museum of American History.

The museum's acquisition of the portrait and original costume continues to ride the wave of Hamilton mania, which shows no signs of stopping anytime soon. The show continues to sell out on Broadway and in Chicago, and is scheduled to begin a 17-city nationwide tour in Los Angeles on Aug. 11 of next year. Tickets for the tour are can be found on Broadway.org.