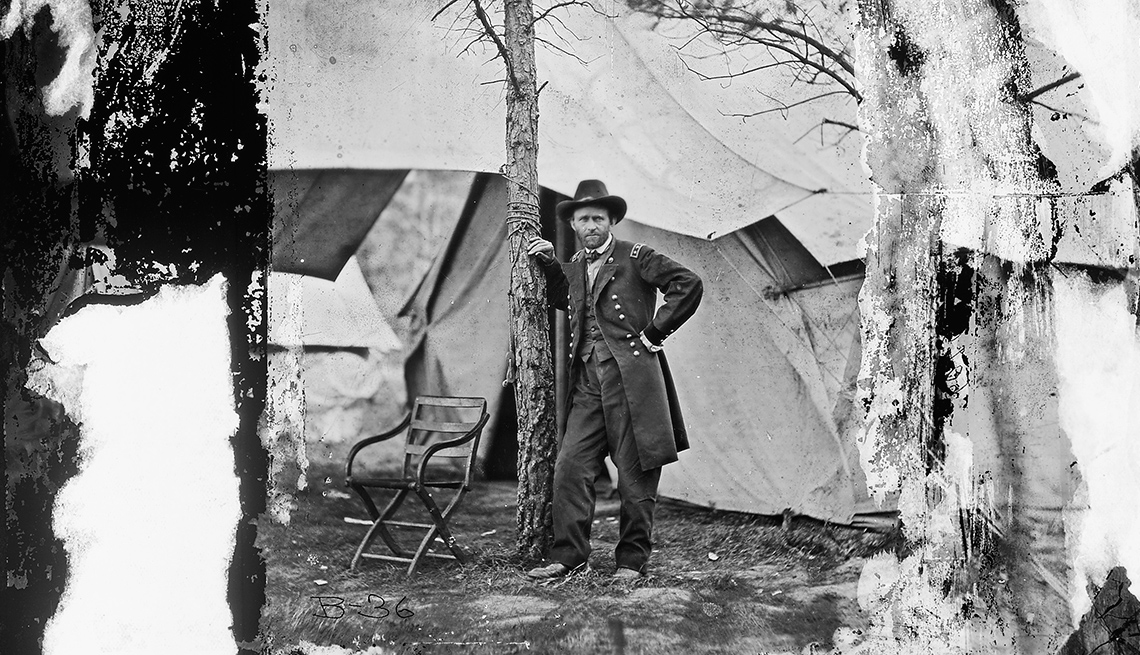 Author Ron Chernow, whose biography of Alexander Hamilton became the inspiration for the runaway Broadway hit Hamilton, tackles Ulysses S. Grant in his new book, Grant. A Pulitzer Prize and National Book Award winner, Chernow explores Grant’s remarkable rise from a failed businessman to commander of the Union Army to his ascension to the nation’s highest office. Chernow spoke to AARP about some of the early setbacks Grant encountered and the forces that influenced the life, perspective and impact of a man whose name is familiar, but whose struggles and successes have not been so apparent. Excerpts:

Your biography of Alexander Hamilton inspired a Broadway musical that has become a cultural phenomenon. Your biography of George Washington won the Pulitzer Prize. Why did you choose Grant as your next subject?

I had always wanted to do a book about the Civil War and Reconstruction. Grant's life is the perfect prism through which to view those two periods. Reconstruction is really the second act of the same drama and reversed many of the gains of the Civil War. It was Grant who not only was the victorious general during the Civil War, but who also carried on Lincoln's legacy preserving the Union and ensured that justice be [carried out for] the 4 million former slaves who had become full-fledged U.S. citizens with the right to vote. There was an enormous amount of resistance to that, particularly in the white South, and an extraordinary amount of violence. And Grant showed great courage both during the war and then during Reconstruction, in terms of protecting 4 million freed slaves.

What surprised you the most about Grant?

One of the things has to do with how consistent he was in his commitment to protecting and advancing the African-American community. He was born into an abolitionist family in southwest Ohio, but he marries into a family who at various times owned as many as 30 slaves. He had a lot of antislavery views but thought the abolitionists were kind of troublemakers. But Grant was a very, very honest man. He initially had doubts as to whether blacks were capable of being good soldiers, but then from his own observation, he saw that, in fact, they were extraordinarily brave and capable soldiers. His views begin to evolve and he becomes extraordinarily important in terms of pushing for the expansion of the number of black troops fighting on the Union side. This endeared him to Lincoln. Grant shows the capacity to grow and learn and change that I very much associate with great figures in history.

In the early stages of his life, where he experienced one failure after another and he was forced out of the Army because of the drinking problem, he seems like a likable and decent person, but provincial, and it seems like a small, narrow life in many ways. Yet he grows into a much larger figure than one could possibly have imagined. 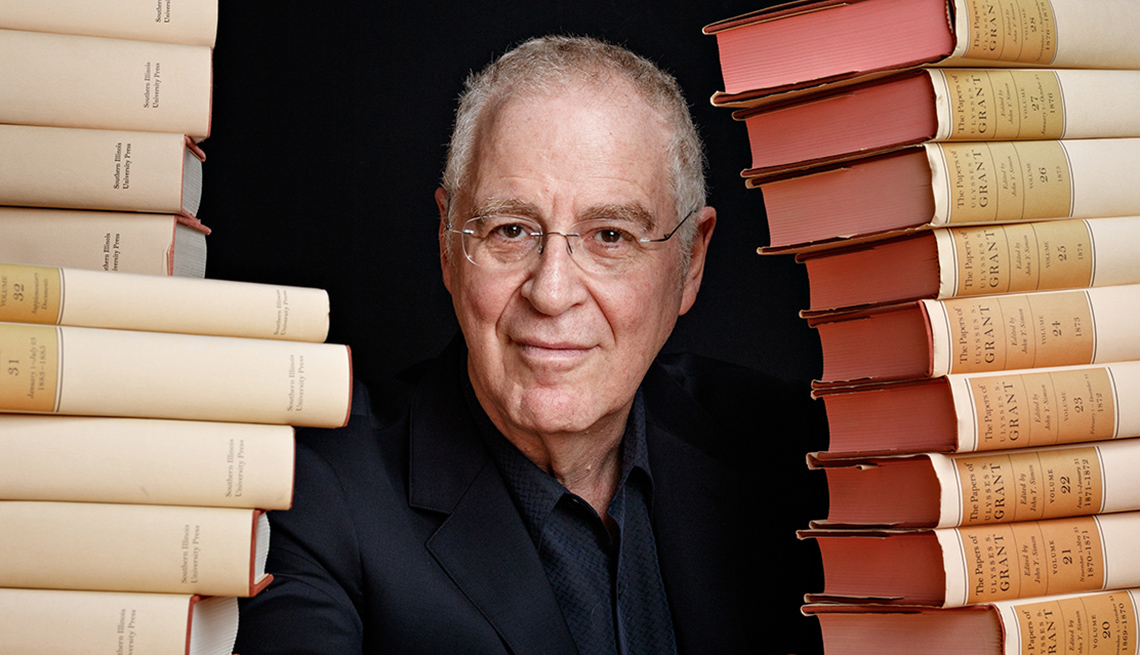 Author Ron Chernow writes about the 18th president in his new book, "Grant."

Not long before the Civil War, Grant was reduced to selling firewood on the streets of St. Louis. How was he able to go from such abject failure to such dramatic success?

This is a story that I hope a lot of readers will be able to identify with. Of all the books that I've done, this one has a figure that suffers more failure by far. Grant doesn't have a sense of business, seems incurably naive in certain ways, but he does have some very extraordinary talents that are waiting for the right moment to come into play, and that moment turns out to be the Civil War. Suddenly all his gifts as a human being come to light. Grant is beaten down so low by the age of 38, struggling to support a wife and four children, [that] he has to go to his father and plead with him to be allowed to work as a clerk in his father’s leather goods store. He goes to work as a clerk, junior to his two younger brothers.

By the time the Civil War breaks out, he’s suffered so many setbacks, and then this junior clerk two months later is a colonel. Four months later he's a brigadier general, 10 months later he's a major general, and by the end of the war, the former leather goods clerk has more than a million soldiers under his command. It's one of the most astonishing transformations in all of American history.

You write that overwhelming evidence suggests that Grant resigned from the Army before the Civil War because of an alcohol problem. How was he later able to keep that problem sufficiently in check to rise to the leadership of the Union forces?

It's significant that he left the Army because of the alcohol problem. It was undeniably clear that that was the scuttlebutt — the peacetime Army was very small — and so this kind of reputation trails him into the Civil War. One of the important relationships [he has] is with the young lawyer John A. Rawlins. Rawlins becomes his adjutant and chief of staff. He makes this remarkable deal with Grant that he will serve on Grant's staff on one condition: that Grant promises not to touch a drop of alcohol during the war. Rawlins lived up to his word in terms of constantly chastising Grant for the drinking. On the other hand, Rawlins feels that Grant is indispensable to winning the war. He feels like [he is] on a patriotic mission to keep Grant going. This crazy situation develops where privately Rawlins is chastising Grant for quite a number of lapses, while publicly reassuring people that all of the stories about Grant's drinking were overblown and that he wasn't touching a drop of liquor. 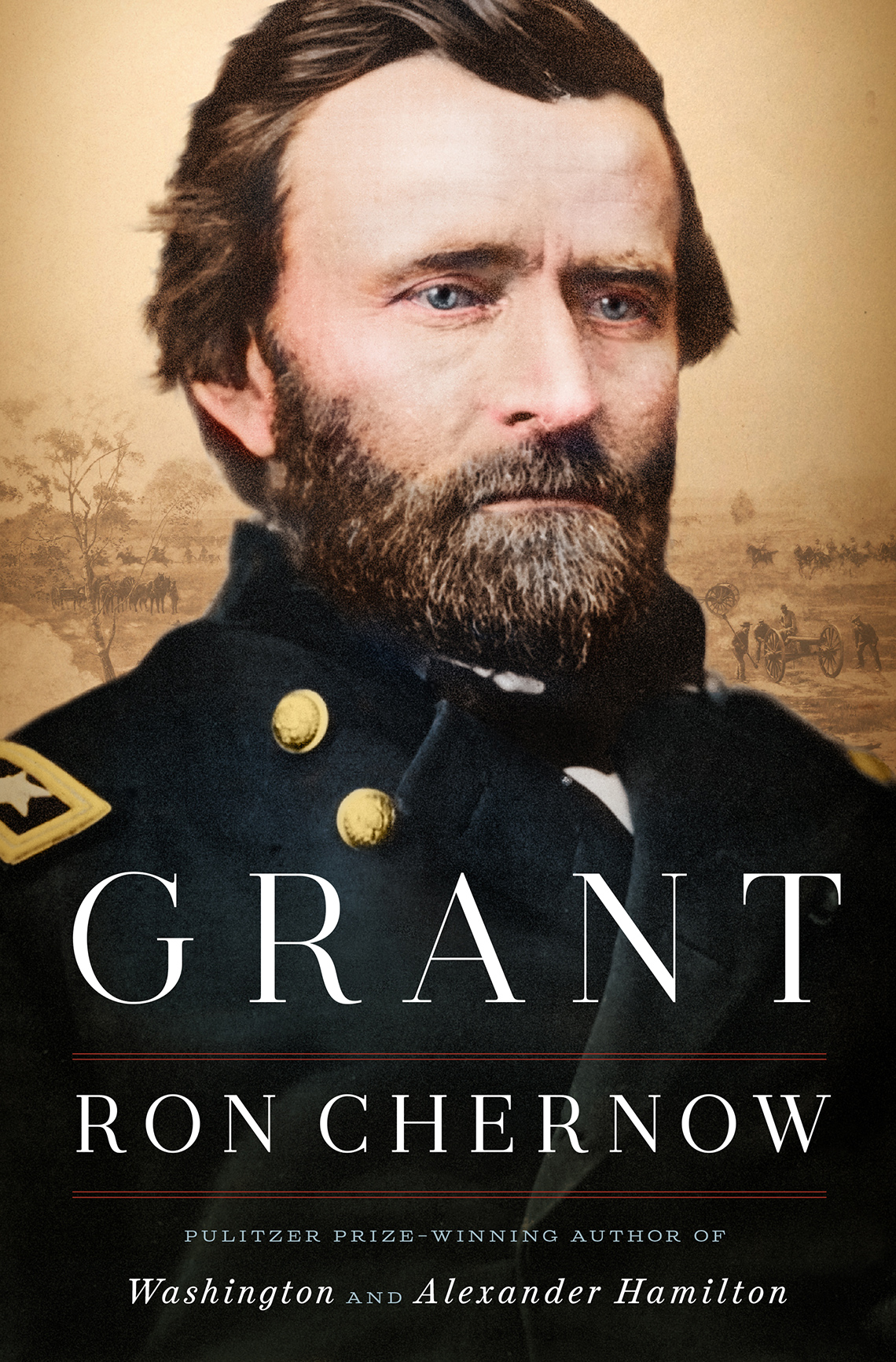 For the most part, Grant was viewed as a highly effective general and not especially effective president. Is that view fair?

I’ve taken [aim at] three stereotypes. One is Grant the butcher. [The second stereotype is] Grant as a drunkard, which implies a moral failing. [I] treat him as an alcoholic who struggled mightily and successfully with his problem. The third stereotype was that Grant was a failed president and his administration was dominated by scandals and nepotism. I don't deny the reality, but the scandals were the minor story. The major story is Reconstruction, what Grant did to protect the 4 million threatened blacks in the South, particularly [after] the enactment of the 15th Amendment, which gave the vote to black males. It triggered a violent backlash in the white South, and the Klan began to launch a reign of terror against the black community. Thousands of Americans were killed through outright terrorism.

Grant, through a couple of crusading attorneys general, managed to crush the Klan. [There were] 3,000 indictments. This was the biggest outbreak of domestic terrorism in our history. I feel it is a story that has been forgotten. It took courage, not only because there was tremendous resistance from the white South, but there was waning support from the white North as well.

What motivated him to support civil rights so strongly?

It's not a question that Grant himself ever speculated about. From the time he was a young man, [he] seemed to instinctively protect the underdog. If a small boy was being picked on by a larger ruffian, Grant would come to the boy’s defense. He had a strong protective streak throughout his life. He was a very sensible and pragmatic person. He had the opportunity to observe a lot of slaves in the 1850s, through his in-laws, and had blacks working on his farm. Grant would actually be out there in the fields working alongside the blacks. You could see his evolution during the war. He is at first doubtful that blacks could be good soldiers, but there was a battle, Milliken’s Bend, and [he] saw that they could be outstanding soldiers. I think that he was just an honest person who saw their humanity and their ability.

How would you rank him among presidents in advancing civil rights?

I argue — and I'm not the first historian to do so — that between Abraham Lincoln and Lyndon B. Johnson, he was the single most important president.