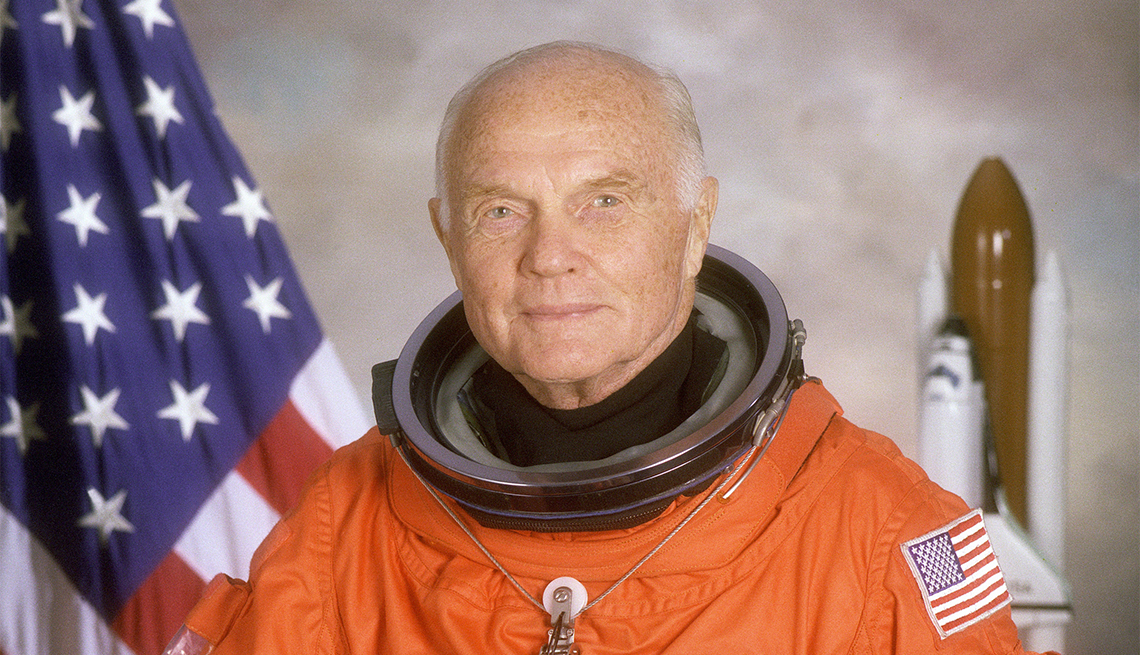 John Glenn, whose 1962 flight as the first U.S. astronaut to orbit the Earth made him an all-American hero and propelled him to a long career in the U.S. Senate, died Thursday. The last survivor of the original Mercury 7 astronauts was 95.

Glenn died at the James Cancer Hospital in Columbus, Ohio, where he was hospitalized for more than a week, said Hank Wilson, communications director for the John Glenn School of Public Affairs.

John Herschel Glenn Jr. had two major career paths that often intersected: flying and politics, and he soared in both of them.

Before he gained fame orbiting the world, he was a fighter pilot in two wars, and as a test pilot, he set a transcontinental speed record. He later served 24 years in the Senate from Ohio. A rare setback was a failed 1984 run for the Democratic presidential nomination.

His long political career enabled him to return to space in the shuttle Discovery at age 77 in 1998, a cosmic victory lap that he relished and turned into a teachable moment about growing old. He holds the record for the oldest person in space.

More than anything, John Glenn was the ultimate and uniquely American space hero: a combat veteran with an easy smile, a strong marriage of 70 years and nerves of steel.

Schools, a space center and the Columbus airport were named after him. So were children.