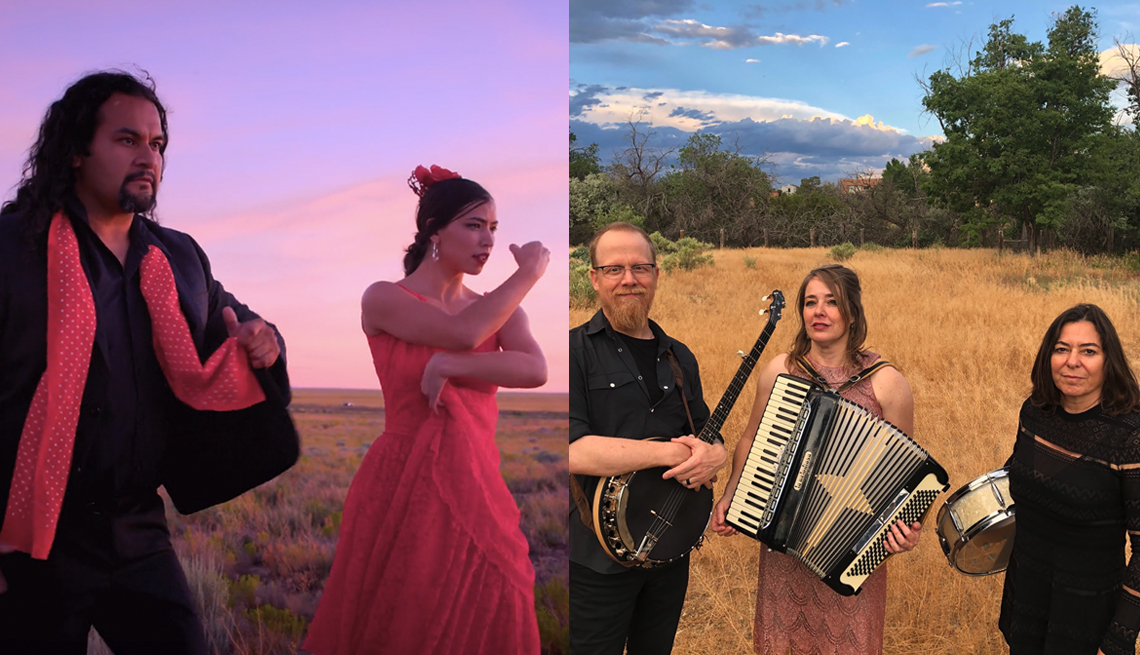 En español | Cathryn McGill wanted to keep the momentum going. It was mid-March and her staff at New Mexico's Black Leadership Council already had held one successful event to get people in Albuquerque to fill out their 2020 census forms. Then the looming coronavirus pandemic hit, and social distancing meant that the rest of their plans had to be shelved.

They brainstormed, looking for a way to get the word out to people now quarantined on their couches. That's how Tiny Census Concerts (TCC) was born. The TCC series, shown on Facebook Live on Wednesdays through May 6, was inspired by NPR's very successful, very viral Tiny Desk Concerts.

McGill, who also heads up the Complete Count Committee for Albuquerque and surrounding Bernalillo County, engaged talent such as singer Isaac Aragon, poet Ebony Isis Booth and singer Lara Manzanares as trusted messengers to spread the word about the census. About 40 of the states’ singers, dancers, musicians and spoken-word artists receive a $1,000 stipend for creating a video of their performance and promoting the event on their social media and within their networks.

Without the ability to bring people together for events, groups like the Complete Count Committee for Albuquerque have had to get creative about how they spread the word about the 2020 census. The U.S. Constitution requires the federal government to complete a full tally of the population once every 10 years. Because there are more than 300 million people in the United States, the Census Bureau asks community groups and other service organizations — including AARP — to help encourage residents to complete the questionnaires.

Although some states are already close to having 60 percent of their residents completing the census forms, New Mexico lags at around 40 percent, according to Dennis Johnson, a deputy regional director at the U.S. Census Bureau. A major hurdle for the sparsely populated state is that nearly 20 percent of its 2 million residents live in rural areas that don't have city-style addresses. And yet an update-and-leave effort, in which workers used GPS to update rural addresses and leave behind census materials, had to be abandoned because of the COVID-19 outbreak. For reasons like this, the Census Bureau has appealed to Congress for a 120-day extension to collect the country's data and deliver the results next spring, instead of at the end of this year.

As of April 23, Johnson says, the national count was “about where we expected it to be at this time, about 52 percent.” He is pleased given that, “with this national emergency, [the census is] not the number one priority on anyone's mind.”

The census determines the number of elected leaders each state has in the U.S. House of Representatives (one for every 30,000 people) as well as billions in federal funding for state and local programs. Because New Mexico ranks as the 50th poorest state — just ahead of Mississippi — it needs every dollar. (The list includes the District of Columbia.) Its affluent Los Alamos County leads the nation in census participation, with more than 72 percent self-responding so far, according to the Census Bureau. 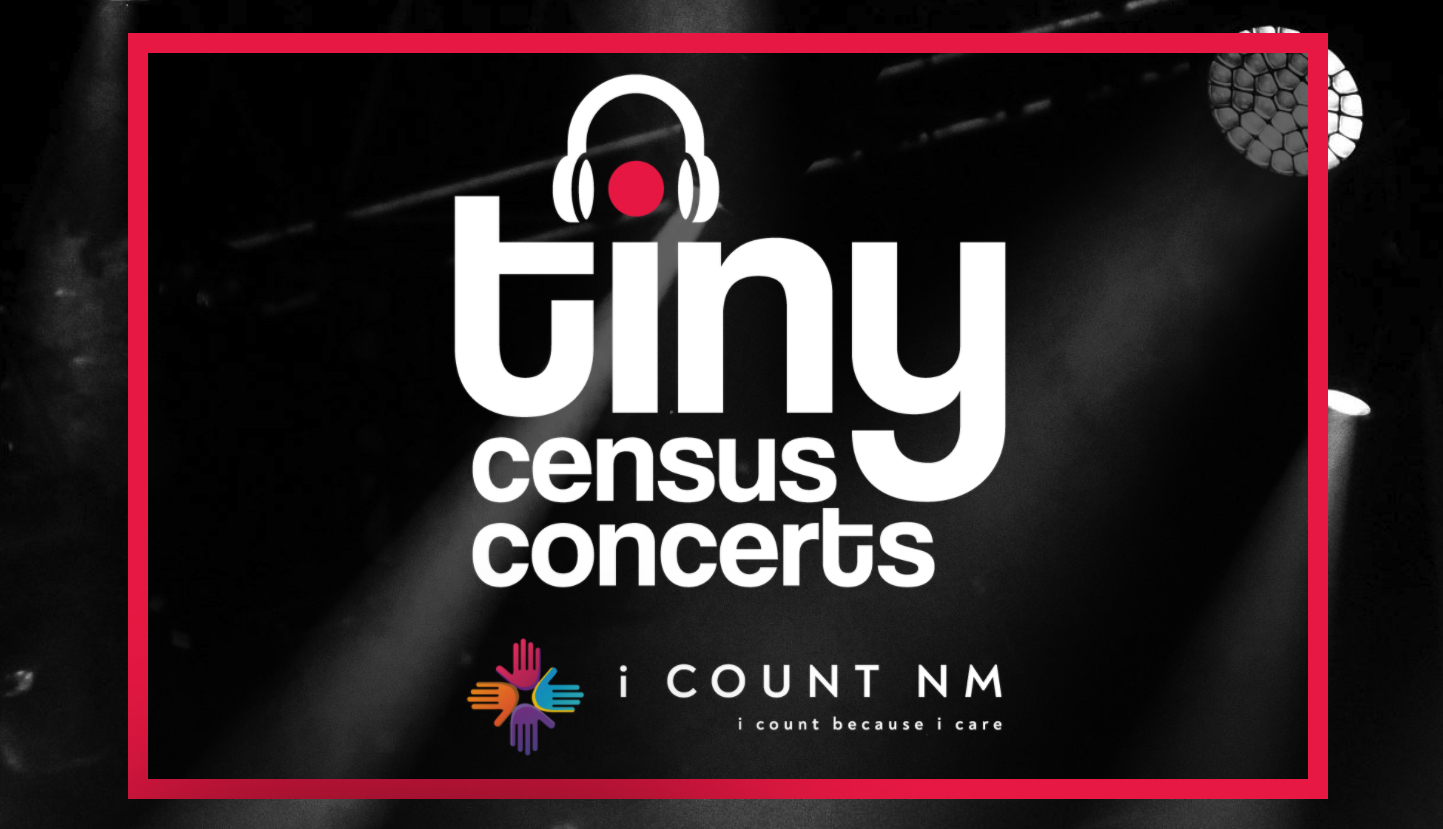 New Mexico also has a sizable population of Native Americans. As Pueblo census coordinator, Charlotte Little works with a coalition of complete-count committees established to ensure full participation of the state's 22 tribes: 19 pueblos, two Apache tribes and the Navajo Nation. As a whole, native people compose about 10.5 percent of New Mexico's population, and the state elected its first Native American congressional representative, Deb Haaland, in 2016.

"The Census Bureau recognizes Indian Country as hard to count,” Little says, including the pueblos, which range in size from smaller communities of about 500 to ones with populations of several thousand. Her people are from San Felipe, with about 3,700 members. The majority of the state's Native Americans live in Albuquerque, which has 400 tribal nations represented, she says.

Working with the New Mexico Native Census Coalition, Little emphasizes the value of completing the census (whether online, by phone or via mail), explaining that the money the state gets pays for critical services such as roads, health care and Head Start. “Undercounting by one person results in a loss of $3,000 per year for the next 10 years, so that's $30,000 for one person,” she says. “If you have a family of five, you can see how exponentially important that becomes."

Native communities began to get the word out last November, with some tribes putting notes in with their Thanksgiving turkey and ham giveaways. They've also handed out flyers and staffed tables at powwows and other native gatherings around the state.

The crisis, for the moment, has taken away their most powerful tool: person-to-person communication. “You would visit with them,” Little says. “Elders would welcome you as a grandchild, niece or nephew. We are their children, even without a blood tie.” Instead, each tribe, which is a sovereign nation, has taken steps to protect its members from the coronavirus. Some have closed the entrances to their communities to nonresidents and set curfews for those who live there.

Many families have an elder who is vulnerable. “There are often many generations under one roof,” Little says. She lives in Albuquerque, but her mother, brother, sister-in-law and their children are at San Felipe.

In March, professor Nancy López and members of the University of New Mexico's Complete Count Committee also moved to the cloud, transforming their April 1 Census Day Block Party into a virtual event.

Funds that the university's Complete Count Committee might have used for public activities have been funneled into a number of other events, such as a raffle, scheduled for the end of April, in which 200 students who've promoted the census through social media will receive $50 gift cards. There's also a one-minute video contest for census-themed works; the top four student filmmakers will receive $200. (New Mexico's Office of African American Affairs sponsored something similar for middle schoolers.)

While McGill, executive producer of the Tiny Census Concerts, has become more aware of digital strategies in supporting the population count, López — who is director of UNM's Institute for the Study of “Race” and Social Justice — highlights the benefits of the low-tech approach.

Originally from New York's Lower East Side, she's of Dominican descent, and her mother “practically lives in the Catholic church.” The professor sees this as a moment to promote the census in the church bulletin, on school billboards, and in senior and student lunches.

"The phone is not a bad way to fill out the census, either,” López points out, saying it offsets low-income immigrant communities’ lack of internet access. “It is extremely important to point out,” she adds, “that there are no questions on it about citizenship or immigration and that the census is confidential."

More on the Census