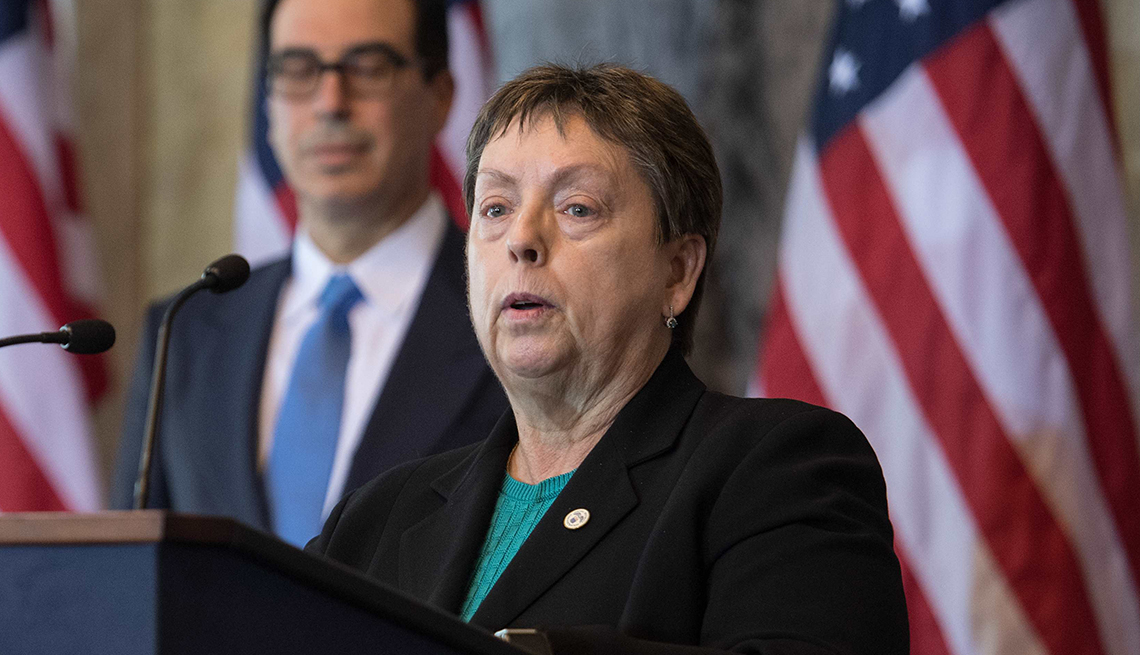 Responsibilities: Oversees the nation's largest and most important social insurance programs, providing benefits to retirees and their survivors, along with disability coverage to some Americans. The Social Security Administration has a $12 billion budget, more than 63,000 employees and more than 1,200 offices across the country. The SSA issues more than $960 billion in payments to nearly 66 million people each year.

Current priorities: In 2018, for the first time in decades, the SSA had to start spending money from its trust fund to pay benefits. Unless Congress takes action, the fund will be completely exhausted by 2034, though the SSA would still be able to pay benefits at roughly 79 percent of what recipients should be getting. Navigating the legislative battles over Social Security's funding is a key challenge Berryhill and the agency face. The SSA also is working to fight a surge in Social Security impostor fraud, in which a caller pretending to work for the SSA says their benefits will be cut unless they send money to the scammer. “If you receive a call and are not expecting one, you must be extra careful. You can always get the caller's information, hang up and contact the [SSA] official phone number,” Berryhill says. “Do not reveal personal data to a stranger who calls you.”

Background: Berryhill became the acting commissioner of the Social Security Administration on January 23, 2017. She has worked at the SSA for more than 40 years in a variety of positions. Berryhill has a computer science degree from the Control Data Institute in Chicago and also is a graduate of the Kennedy School of Government at Harvard University.

On preventing the theft of Social Security numbers: “As long as the SSN remains key to accessing things of value, particularly credit, the SSN itself will have commercial value and will continue to be targeted by fraudsters."

On Social Security's pending depletion in 2034: “Slightly more than three-fourths of benefits would still be payable after depletion. But the fact remains that Congress can keep Social Security strong by taking action to ensure the future of the program."

On speeding disability claims: “Social Security is committed to ensuring Americans with qualifying disabilities quickly receive the benefits they need."

Berryhill is a respected administrator, but because she is only acting commissioner, many advocates for older Americans question how much she can accomplish.

“I often make an analogy to substitute teachers here — they are skilled professionals who have much to offer their students, but they are not perceived by those around them as having the full authority of the teacher,” says Max Stier, president and CEO of and Partnership for Public Service. Acting commissioners “do not view themselves as having the right to make decisions with long-term impact. Saying ‘I am acting’ is simply not as powerful."

"The Social Security Administration needs strong leadership,” says Max Richtman, president and CEO of the National Committee to Preserve Social Security and Medicare. But “the problems confronting SSA cannot be remedied simply by nominating and confirming a new commissioner." M.D., Director of the National Institute on Aging