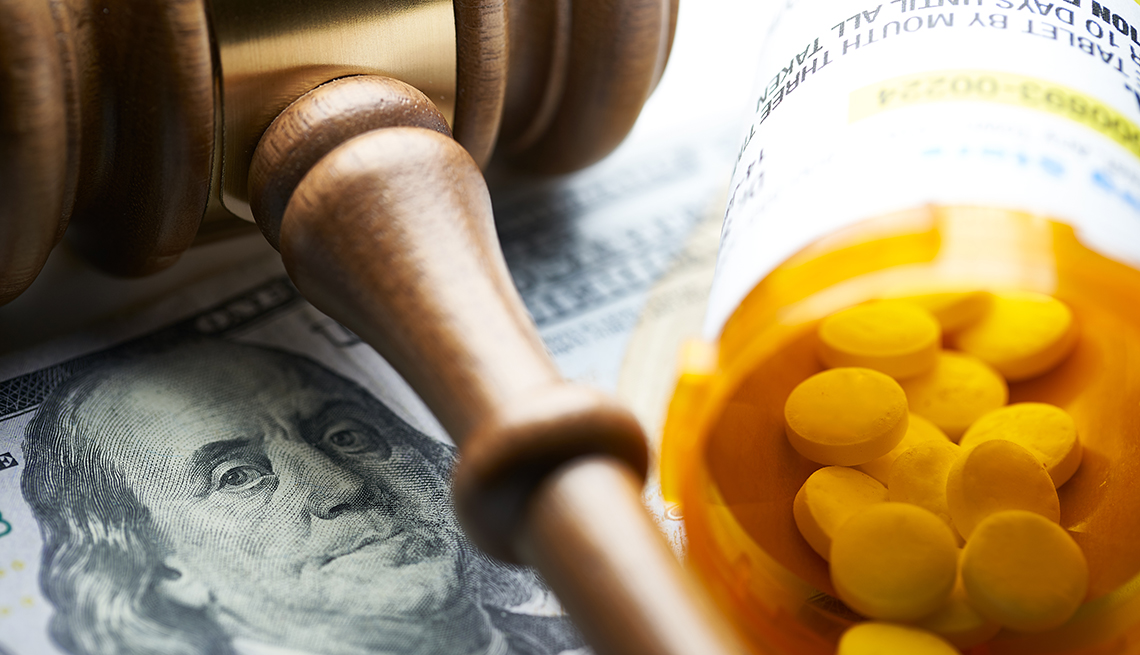 En español | Legislation working its way through Congress would deter brand-name pharmaceutical companies from making it more difficult for generic companies to make lower-priced versions of their products and outlaw deals some drugmakers strike to delay the creation of generic medicines.

The Creating and Restoring Equal Access to Equivalent Samples (CREATES) Act targets anticompetitive behavior by brand-name drugmakers that inhibits the development of competing generics. This bill has been introduced in both the House of Representatives and the Senate.

A separate measure would end the use of so-called pay-for-delay deals in which brand-name companies pay generic manufacturers to delay launching a lower-priced version of their product.

“AARP has made expanding access to generics one of our federal priorities in our prescription drug campaign,” says Megan O’Reilly, director of AARP’s health and family legislative team. “These bills will remove barriers that have prevented lower-cost generic drugs from entering the market.”

Two very similar pieces of legislation that AARP supports have been introduced in the House and Senate to crack down on backroom deals that keep lower-priced generics off the market.

The Federal Trade Commission has found that pay-for-delay agreements delay generics getting to market by an average of 17 months. “In the meantime, consumers must continue paying brand-name drug prices, which can be as much as 85 percent higher than the prices of their generic drug counterparts,” David Certner, AARP’s legislative counsel and legislation policy director, says in letters of support for the legislation. A company that develops a brand-name drug generally gets a patent and what’s called a period of exclusivity, during which no other company — including generics — can market that drug. These time periods vary but are generally several years.

In the House, the Protecting Consumer Access to Generic Drugs Act of 2019 (HR 1499) was authored by Rep. Bobby L. Rush (D-Ill.) and was referred to the Energy and Commerce and Judiciary committees. Energy and Commerce, led by Chairman Frank Pallone Jr. (D-N.J.) and ranking Republican member Greg Walden (R-Ore.), had a subcommittee hearing on the measure last week.

The Senate bill — the Preserve Access to Affordable Generics and Biosimilars Act (S 64) — was introduced by Sens. Chuck Grassley, R-Iowa, and Amy Klobuchar, D-Minn. Biosimilars are the generic versions of biologic drugs, which are made from living organisms. This bill was referred to the Senate Judiciary Committee, where Grassley and Klobuchar are members.

“When brand-name, generic and biologic drugmakers enter into agreements to keep more affordable medicines out of the marketplace, all of us are left to pay the price,” Grassley said in introducing the bill. “Competition among drug makers is critical to lowering the price of prescription medications.”

The CREATES Act is designed to stop what Sen. Patrick Leahy (D-Vt.) calls “inappropriate delaying tactics” that brand-name drugmakers use to block competition from generic drugs. Generics provide lower-cost alternatives to brand-name drugs, but in order for companies to safely develop these versions, they need samples of the original drugs to accurately compare their product to the original version. Some brand-name drug manufacturers have refused to provide these samples, hindering the ability of generic competitors to bring lower-cost drugs to market.

Under the CREATES Act, generic companies could take brand-name manufacturers to court to force them to provide the samples they need to develop generic alternatives. The measure would also keep brand-name companies from delaying a generic drug from getting to consumers by manipulating a Food and Drug Administration process designed to ensure that new drugs are safe.

“The CREATES Act will help ensure that brand-name pharmaceutical companies cannot take advantage of regulatory rules to forestall the competition that is essential to access and innovation,” says a letter a coalition of 49 advocacy, health care, insurance and hospital industry groups sent last month to the lead Senate sponsors of the bill.

In the Senate, the legislation (S 340) is authored by Sens. Leahy, Grassley, Klobuchar and Mike Lee (R-Utah). The measure will need approval of the Judiciary Committee, which is chaired by Sen. Lindsay Graham (R-S.C.) Leahy, Grassley, Lee and Klobuchar all sit on that panel. The committee approved the measure last year, but it never reached a vote in the full Senate.