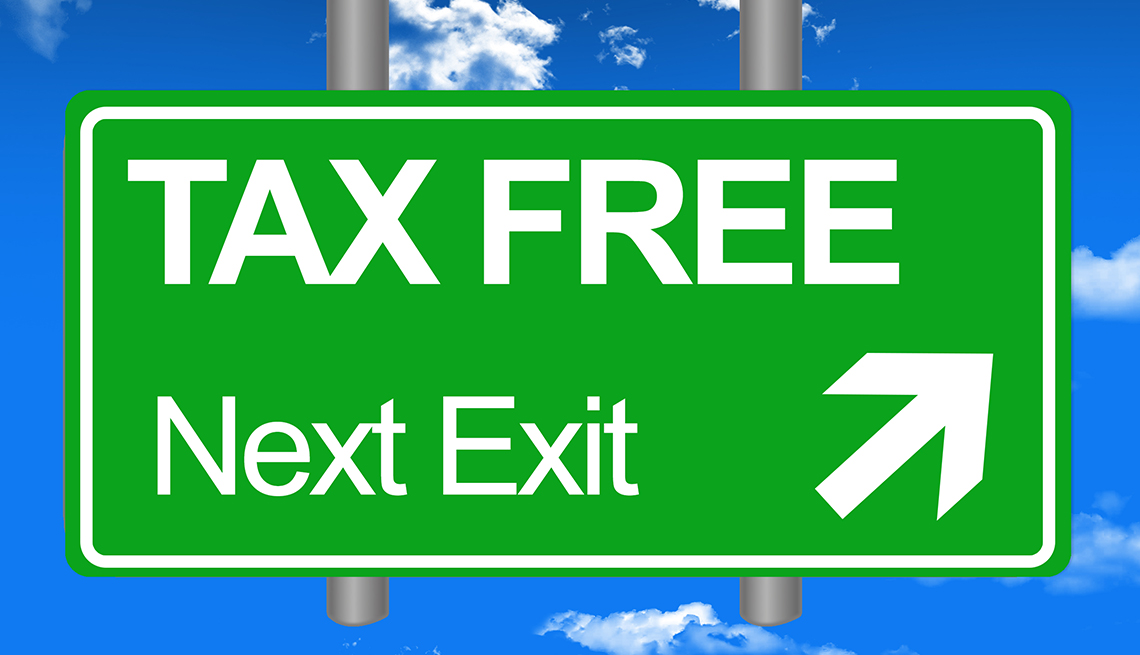 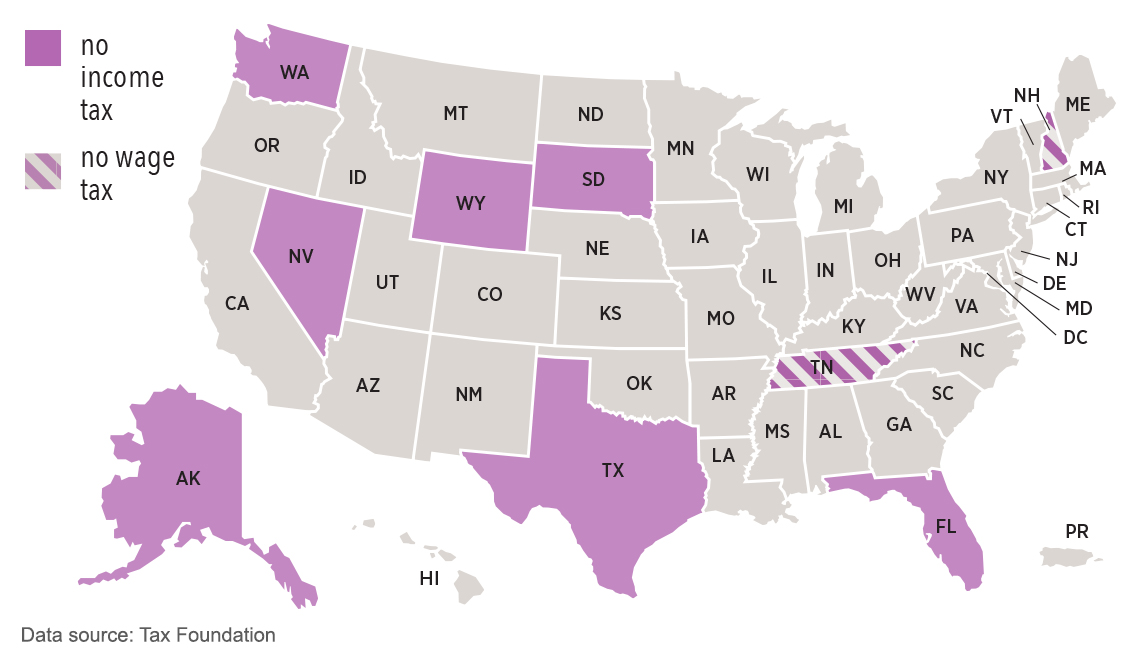 States have a number of ways to raise revenue, and those states without state income taxes find different ways to pay for roads, schools and such. One typical source is sales taxes. Florida, for example, levies a 6 percent sales tax and the average locality tacks on 1.05 percent, according to the Tax Foundation, for a combined average of 7.05 percent. Tennessee, at 9.53 percent, has the highest combined sales tax of any state in the U.S. Washington state levies a tax of 49.4 cents per gallon on gasoline, one of the highest rates in the nation.

Alaska has no statewide sales tax, although some localities have one. New Hampshire has no sales taxes at all.

Other states use property taxes as a revenue stream. New Hampshire gets nearly 68 percent of its revenue from property taxes — the highest rate of any state. In fact, four of the top five states that rely the most of property taxes have no income taxes. Alaska (51.8 percent) is second, Texas (45.0 percent) is fourth and Wyoming (44.5 percent) is fifth. (New Jersey, which has a state income tax, is third.)

Alaska also gets a big chunk of income from oil — and it's not the only state without an income tax to do so. Wyoming also collects plenty of revenue from so-called severance taxes, which are taxes imposed on the extraction of natural resources.

If you want to be very tax-conscious, you should take into account all the different types of taxes you may pay. WalletHub rates New York state as having the highest total tax burden, equal to about 12.3 percent of income, followed by Hawaii at 11.5 percent. Alaska has the lowest tax burden at about 5.2 percent, with Delaware in second place at 5.5 percent.

Granted, taxes are a big part of most people's budgets. But you may have other reasons to move that don't hinge on your tax bill. For example, you may need medical care in an area that has higher taxes. Or you may wish to live close to your children or grandchildren. Or you may simply like the view out your back window. Some things are hard to work out on a spreadsheet.