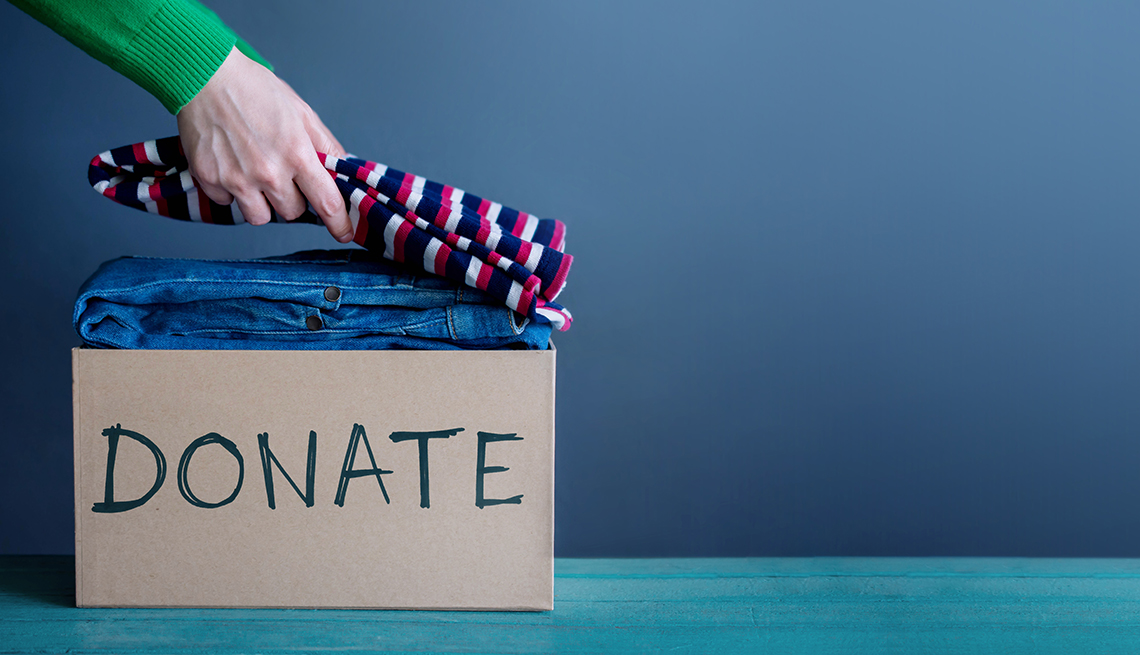 En español  |  Charitable giving traditionally spikes in December, and no wonder: The holidays tend to put you in a generous mood, and the approach of the year’s end signals a last chance to do some tax planning. But while your sense of charity may be unchanged this year, financial considerations may not matter anymore, as a result of the 2017 overhaul of U.S. tax laws.

Here’s why: In recent years, you typically could earn a tax break on your charitable gifts only when you itemized them as deductions. And up to this year, about 1 in 5 Americans used this tax break, according to the Tax Policy Center. That included 17 percent of middle-income earners, who saw an average benefit of $420.

As a result, the number of filers who will deduct charitable contributions this year will fall from 36 million to 15 million, the Tax Policy Center predicts. “Except for those with the highest incomes, the charitable deduction will be largely irrelevant,” says Howard Gleckman, senior fellow at the center.

The impact on charities? Nearly a 5 percent drop this year in donations, experts project. “You want to give because you’re charitably inclined, but people do like getting a tax break,” says Jeff Levine, a financial planner in Garden City, N.Y.

You still have some opportunities, however, to be rewarded for your generosity. Here are three ways to make that happen:

One way to join the 1 in 10 tax filers expected to itemize this year is to do something called bunching. With this strategy, you shift as many deductible expenses (for example, medical expenses) as you can into one year so that you can itemize and then take the standard deduction the next year or two.

In the case of charitable gifts, that would mean donating two or three years’ worth of gifts in one year—tough if you don’t have that cash sitting around or you don’t want to wait three years before giving to charity.

But there’s a solution to that issue if you do have cash on hand. You can make a substantial gift—typically a minimum of $5,000—to a donor-advised fund, which lets you deduct your full gift now and then direct the money to charity over time. Fidelity, Schwab and Vanguard are among the financial firms offering these planned giving accounts.

If you are 70½ or older and taking required minimum distributions from an individual retirement account, you can funnel that withdrawal directly to charity (up to a max of $100,000 a year). With what’s called a qualified charitable distribution (QCD), you can’t write off your gift, but you also won’t owe income taxes on the withdrawal. So in the 22 percent federal tax bracket, a $10,000 QCD saves you $2,200 in taxes. (You can’t do a QCD from your 401(k) savings plans or, in virtually all cases, from Roth IRAs.)

For tax news and more, get AARP’s monthly Money newsletter.

Give away your winners

Another way to come up with a big gift is to tap into your investment portfolio. More than nine years into this bull market, you may be sitting on highly appreciated stocks or mutual funds. Give that stock instead of selling it, and you may be able to deduct the full market value. You also avoid the big tax bill you would have faced if you had cashed out and kept your profits. “Even if you don’t get a tax benefit in donating, you’re saving money in capital gains taxes,” says financial planner Marguerita Cheng of Gaithersburg, Md.

If you still want that stock or fund in your portfolio, Levine suggests donating the shares anyway, and then using the cash that you would have donated to charity to buy shares in the same investments.

Charitable giving can be particularly beneficial if you live in a state with high income taxes. If the limits on state and local tax deductions push your overall tax rate higher, the value of your donations is higher, too. That’s because every dollar you donate (assuming you have enough deductions to make itemizing worthwhile) saves you a higher amount in taxes.

Then there’s the issue of state taxes on capital gains, which fall among the taxes affected by the new $10,000 limit on state taxes that are deductible on your federal return. If you live in a state with capital gains taxes, your effective tax rate on those gains has gone “way up,” says Russell James, professor of personal financial planning at Texas Tech University. That’s why it makes even more sense to donate your winning stocks to a deserving charity before Dec. 31.