General Electric posted $5.1 billion in U.S. profits last year, but you wouldn't know it from the company's tax bill. 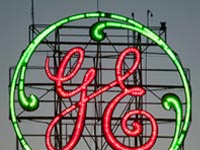 General Electric made billions in profits last year, but owed no taxes.

GE doesn't owe a single penny in federal tax for 2010 on the profits from its U.S. operations, according to the New York Times.

The company is not alone. "What GE is doing is pretty common and widespread," says Dorothy Brown, a law professor at Emory University who specializes in tax policy. "Corporations look for deductions to take advantage of, just like individuals do to lower their tax rate." Also, a government report from 2008 found that for each year between 1998 and 2005 at least 60 percent of the U.S. companies studied had no federal tax liability.

Not everyone agrees with the corporations' tax strategies.

"We need shared sacrifice," says Sen. Bernie Sanders, I-Vt., who is calling out GE, as well as Exxon Mobil, Bank of America, Citigroup, Boeing and other companies for owing little or no tax in recent years. "Instead of throwing children off of Head Start or cutting back on community health centers, maybe we want to ask Exxon Mobil to actually pay taxes rather than get a refund."

GE officials say they're playing by the rules. "GE is fully compliant with all tax laws. There are no exceptions," said Andrew Williams, a company spokesman, who acknowledged that GE's 2010 tax bill will be "small" when it files sometime before September.