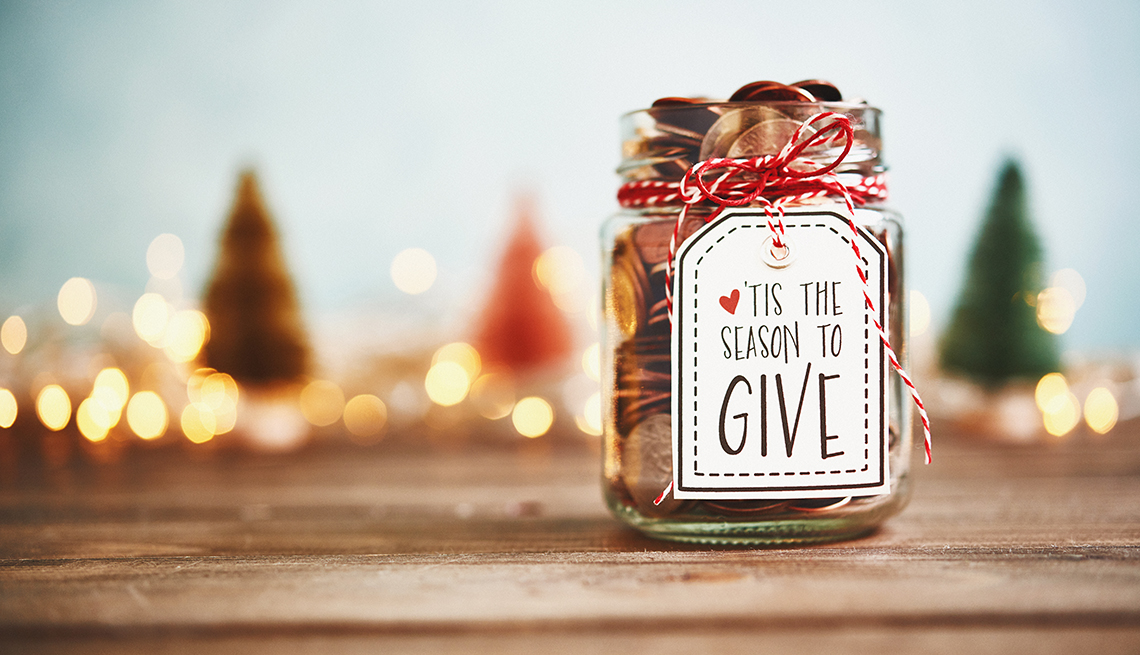 ’Tis the season to shop for holiday gifts and donate to worthy causes for a potential tax deduction — and to help those in need — before year’s end.

But when doling out dollars to charity, be careful. Crooks will take advantage of your generosity and steal your cash.

“People are in a generous spirit,” says Amy Nofziger, who oversees the AARP Fraud Watch Network Helpline (877-908-3360). “Most of us are out hustling and bustling and planning parties and buying gifts, and the criminals make you feel guilty for your ability to celebrate [when many others can’t]. They'll prey on that feeling” to get you to donate to their sham charities.

Nofziger and others familiar with holiday charity scams have tips to help ensure that your gift will benefit a good cause — not a con artist.

“Investigate before you invest,” says Steve Bernas, president and CEO of the Better Business Bureau of Chicago and Northern Illinois.

The BBB Wise Giving Alliance monitors and evaluates charities; visit its site to find reports on your chosen cause. Other watchdogs include the American Institute of Philanthropy’s Charity Watch (www.charitywatch.org), Charity Navigator (www.charitynavigator.org) and GuideStar (www.guidestar.org).

2. Know the warning signs for fraud.

A genuine charity won’t protest if you ask for time to think things over or conduct due diligence. Nofziger says it’s a red flag if a person or group making an appeal is “not willing to give straight answers.”

When the phone rings and you’re pressured to give, “caution is the watchword,” the Federal Communications Commission advises. “If an unsolicited call seems suspicious, or you feel a caller is trying to strong-arm you for a donation, hang up and don't answer if you get a call back. There are plenty of legitimate charities with which you can initiate contact.”

The National Do Not Call Registry (www.donotcall.gov), applies to telemarketers; on the other hand, nonprofits calling potential donors do not need to check if your phone number is on the list, the FCC says, though you can ask a charity to stop calling you and it must comply. “Legitimate charities will respect your request, but scam callers won't,” the agency cautions.

3. Confirm that the donation is tax-deductible.

Only gifts to charities with 501(c)(3) status are potentially tax-deductible. Check with the IRS to see if an organization has tax-exempt status and learn more about charities and nonprofits.

Some organizations assert that contributions to them are tax-deductible even though they have not registered with the IRS, notes Federal Trade Commission (FTC) attorney Rosario M﻿éndez. “Unfortunately, we also have seen organizations that are registered within the guidelines, and they still were not using the money in the way that they said that they were going to,” she adds.

4. Be cautious about crowdfunding.

Money given to a personal GoFundMe fundraiser is considered a personal gift, the site says, and “you won’t be issued a tax receipt from our company.” Scrutinize crowdfunding appeals on GoFundMe, Kickstarter, Indiegogo and other sites, M﻿éndez says. It’s easy to set up an appeal and donors should be aware the money tends to go directly to the organizer, she says, and that photos have been pilfered to buttress bogus appeals.

"There’s no site in the U.S. that is 100 percent safe," says Bernas. "That's why consumers need to be vigilant and do the research ahead of time.”

5. Be alert to fake charities that mimic the names and logos of well-known nonprofits.

And remember that phonies may inflate their stature by adding “federal” or “national” to their names. So do an online search of groups along with the words “complaints” or “reviews,” M﻿éndez says.

Some criminals may pose as religious leaders, perhaps asking for Christmas presents for a needy family. There's always an excuse as to why the “religious leader” can't personally help and their “unavailability” is why they purport to need your help.

7. Don’t leave cash under your front doormat for a “charity.”

M﻿éndez at the FTC says the scam unfolds like this: A person gets a phone call from a “charity” asking for a contribution and the caller says, "You can just leave the money under the doormat, and I will just come pick it up.” The same goes for gift cards (and keep in mind that if you relay the cards’ serial numbers and PINs to someone over the phone, it’s almost impossible to recover your cash).

The bottom line: There are many wonderful charities you can support, and the fact that bad actors try to impersonate them needn't thwart your generosity. Just give with care.

Have Happy — not Scammy — Holidays

One Daughter’s Fight Against Charity Fraud