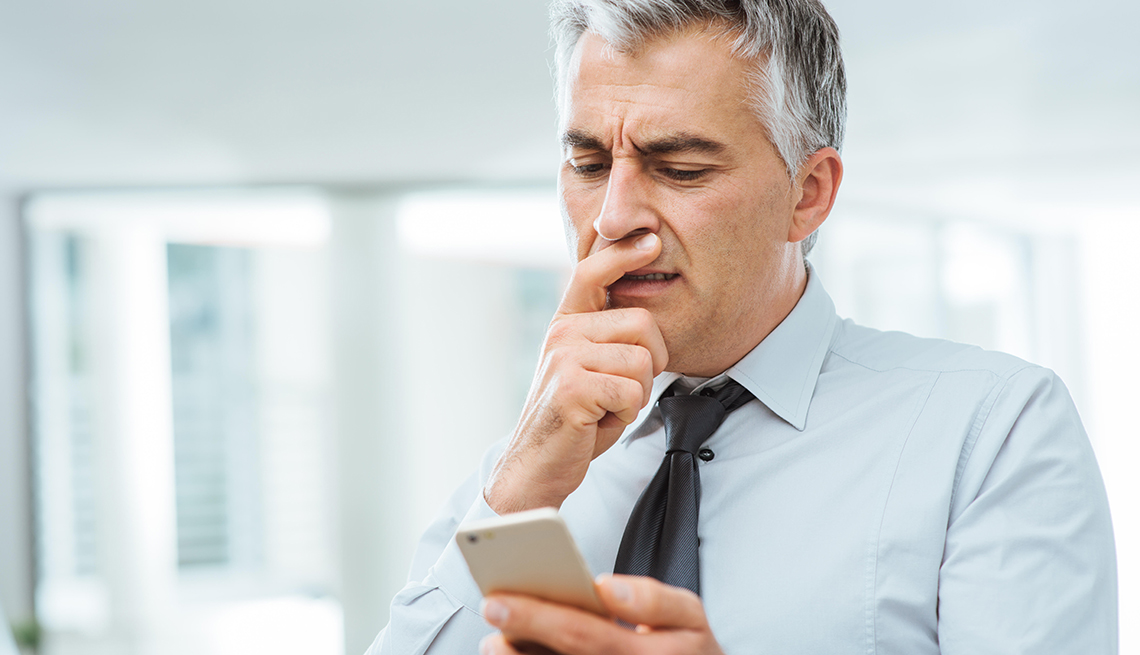 In May, U.S. consumers were bombarded with almost 3 billion robocalls, more than 95 million a day, an industry estimate shows.

Everybody hates robocalls. And in this time when Americans are stuck at home amid the pandemic, economic strife and civil unrest, they're even more annoying.

But there's a silver lining: The robocall volume in May was significantly lower than the record-shattering almost 5.7 billion calls last October.

The estimates are from YouMail, an Irvine, California-based firm that offers a free app to block robocalls. CEO Alex Quilici says he thinks the drop last month resulted from the pandemic, which closed call centers in many countries.

And he suspects the volume of robocalls will rise as stay-at-home orders are relaxed. The volume may go up 5 percent to 15 percent every month as countries start easing restrictions, Quilici says.

Fortunately, though, robocalls may never return to record levels because federal and state agencies are cracking down on telecom providers that engage in illicit practices. These include:

With the help of telecom companies that can trace the path of a phone call, the U.S. government also is acting to stop scam calls peddling bogus products to people during these anxious times.

In May, 37 percent of robocalls — approximately 1.1 billion — were scam calls, YouMail says, and top scams were health-related matters and phony warranties.

Not all robocalls are illegal. During the pandemic, robocalls with information about closings or public health updates are legal and useful, Quilici says. But bad actors have capitalized on the pandemic to peddle fake products and trick people into giving up personal information or money.

That has federal officials taking aim at so-called gateway providers. These are companies that serve as entry points into U.S. telephone space for scam calls from other countries.

The agencies sent similar letters to three gateway providers in April, resulting in the three firms cutting off work with the scam robocallers, the FCC says.

The feds also are cracking down on spoofing, which FCC Chairman Ajit Pai calls “a major problem for consumers across the country."

The companies, Rising Eagle and JSquared Telecom, are accused of spoofing numbers and purposely calling people on the National Do Not Call Registry.

"We are making it clear that scamming consumers and — as we saw in this case — tricking them into buying products under false pretenses cannot and will not go unchecked,” Pai says.

On the same day, the attorneys general of Arkansas, Indiana, Michigan, Missouri, North Carolina, Ohio and Texas sued the firms.

The federal agencies targeting illegal robocalls work with USTelecom, an association of wireless and voice providers, to trace the calls and find the companies to blame. The Industry Traceback Group is made up of 39 providers working to track down the sources of the illegal calls and the various points along the way — from scammer to call recipient.

Technology makes it easy for scammers to make gazillions of calls quickly and cheaply, and allows bad actors to disguise where calls originate.

There is a misperception that a phone company such as AT&T or Verizon is the source of robocalls or has the power to stop them, says USTelecom's Patrick Halley, senior vice president of policy and advocacy. In reality, a call can go through a number of telecom providers from its beginning through intermediate providers to the carriers that provide service to U.S. phones.

Because of the multiple parties involved, tracing illegal calls requires the collaboration of the collective carriers, Halley says. “No individual carrier can do it.”

Stopping such calls is a goal for broadband carriers because they erode consumer trust and “make people not want to use their phones, understandably,” he says.

Stopping robocallers can be a game of whack-a-mole, Halley says, since if a provider cuts off access, scammers look for another one.

As long as scam robocalls are profitable, bad actors will search for ways to reach you — and into your wallet.

Avoid Getting an Earful: Reducing Robocalls

Register for the FTC's National Do Not Call Registry. It aims to stops unwanted sales calls, though bad actors ignore the registry, and certain political and charity robocalls still are allowed.