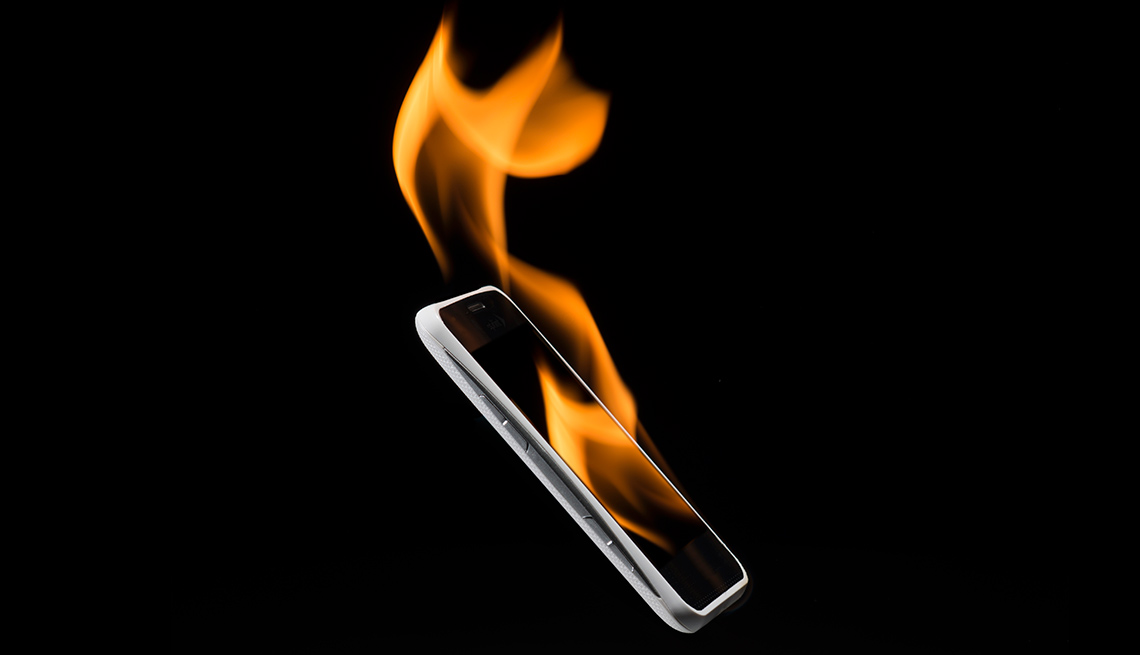 Learn how to avoid being burned by social media scammers.

The 83-year-old Californian was flattered when the Facebook friend request arrived a few weeks ago. Joan (a pseudonym) was feeling lonely after the death of her husband and quickly became infatuated with the friend, who identified himself as Mark.

Passing himself off as a widower and a successful South Carolina building contractor, he began a whirlwind stream of text messages and gained her trust. He soon told her he’d been robbed after arriving in Africa for a big construction job, then hit another stroke of bad luck when he was hospitalized with a burst appendix. He also told her he had sent her a valuable antique, but Joan needed to send him $2,000 to cover delivery and shipping — and that he would pay her back. He also sought $8,500 for an airline ticket to travel back home. Joan soon wised up, thanks to advice from her son.

Mark “would text me all the time, it was very flattering. He said he was a churchgoing man. And his story was really believable,” said Joan, embarrassed to disclose her real name and how little she actually knew about him.

Scammers have long used the internet to target people with their phony sweepstakes and hard luck stories. But the proliferation of social media sites is making it far easier for fraudsters to ingratiate themselves with victims and carry out an array of sophisticated money-sapping scams ranging from wire fraud to money laundering to identity theft.

“Scammers have been using email and telephone calls to target unsuspecting victims for years. Now, with today’s boom in social media use, the con artists are just as likely to use Twitter, Facebook and other social media platforms to execute their insidious scams to steal people’s money and identities,” said AARP Fraud Watch Network Ambassador Frank Abagnale. He’s the infamous con artist turned security expert portrayed by Leo DiCaprio in the 2002 film Catch Me If You Can.

Variations of the Facebook friend scam abound, in part because there now are more than a billion active users, and partly because the scams are relatively easy to pull off. “You’d be surprised how quickly a scammer can escalate from a long lost friend to starting a relationship and then having an emergency or another reason to need money,’’ said AARP fraud expert Amy Nofziger.

Moreover, fraudsters use social media sites as a conduit for peddling their bogus shopping deals and coupon scams. Another popular ploy is the faux genealogy website, which dupes people into providing their credit card and Social Security number. Genealogy groups or individuals looking to study family histories will unwittingly share the faux website’s address.

How low will scammers stoop? Some are using social media to pretend that they are acting on behalf of charities, such as the Make-A-Wish Foundation scam. Others are resorting to mining information from death notices and obituaries. “There’s a lot of information in an obituary. Names of children and relatives. If I’m a criminal, I can call the widow and pretend to be a grandson who needs money to be bailed out of jail,’’ Nofziger said.

“In recent years, social media has become a hotbed for scam activity,” said James Foster, CEO of security adviser ZeroFox. “Scammers love these platforms because they make finding and engaging targets trivial, are easy and cost efficient to use, and have mechanisms like hashtags and follower lists to make getting the scam in front of the right group of targets simple. Best of all, they can distribute their scams at an unprecedented scale on social media. Scammers have a number of tricks up their sleeves: fake coupons, technical support scams, financial scams, fraudulent promotions and offers, fake gift card generators, pirated content, recruiter scams and much more. In short: be very careful what you click on social media. If it’s too good to be true, it probably is.”

There are many steps you can take to avoid becoming a con artist’s next victim. Here are some tips from Abagnale, the AARP Fraud Watch Network and other experts:

The AARP Fraud Watch Network provides more advice and information about scams as well as an interactive scam-tracking map. Visitors can also sign up for email alerts or call a free helpline at 877-908-3360 to speak with a fraud counselor.