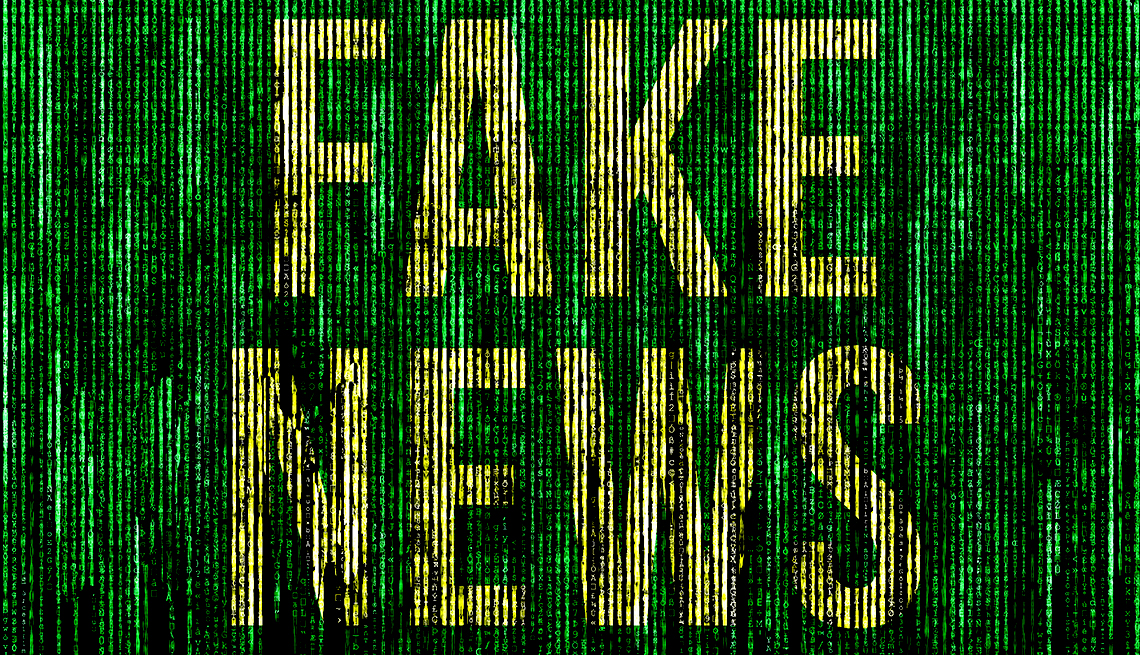 If you’ve never heard of the source that published the story, there’s probably a good reason.

Edgar Allan Poe once said to believe none of what you hear in America, and only half of what you see. If he had lived to see the internet age, he might have amended the adage and beseeched his readers to believe even less.

Yellow journalism has existed as long as journalism itself. Woman “SURVIVES MAD LEAP” in jump from Brooklyn Bridge could easily be a headline from the New York Post circa 2016. But it’s actually a headline from the 1890s. So-called “fake news” is a more recent construct, and it takes the phenomenon to a whole new level.

While many people think fake news is mostly a political phenomenon — sensational or outright false stories intended to sway public opinion -— the reality is that most of it is produced simply to make money. One writer claimed to make $10,000 a month from advertising for his fake news stories. Politics is merely the most effective raw material with which to work, he said.

Tamping down the dreck is a never-ending game of whack-a-mole for social media giants like Facebook and Google. And it seems to be a losing game. Since it’s not likely to go away, readers need to take it upon themselves to check their credulity at the door every time they open a browser. Below are seven things to think about before clicking on that headline about a "Mind-Blowing Cure for Impotence that Experts Don’t Want You to Know About" that is "NOT A HOAX!"

1. Consider the source. The so-called mainstream media may not be in everyone’s good graces these days, but by and large, such time-tested names as the Associated Press, New York Times and NBC can be reliably trusted to check their facts before reporting something. That’s not the case with sites run by the National Report ("Solar Panels Drain the Sun’s Energy, Experts Say"), World News Daily Report  ("Old Lady Shoots Husband for Stepping on Floor She Just Mopped") and Currentish ("Fireworks Explodes [sic) in Woman’s Vagina During Walmart Shoplifting Attempt"). If you’ve never heard of the outfit that published the story, there’s probably a good reason.

2.  Examine the publisher’s website closely. Some of these sites openly admit their stories are fiction or satire in the "About Us" section of the website (if they have one). World News Daily Report even states it on the front page: “All characters appearing in the articles in this website … are entirely fictional and any resemblance between them and any person, living, dead or undead, is purely a miracle.” Others hide their true identity behind cleverly conceived web addresses. Adding an extra ".co" to the end of its URL allows a site like abcnews.com.co to pass itself off as better-known and more trusted news brand. Don’t fall for it.

3. Consult the experts. If something seems a little dodgy, readers can turn to a number of websites devoted exclusively to debunking fake news. The oldest of the lot is Snopes.com, founded in the mid-1990s by David Mikkelson to fact-check urban legends circulating at the time via email. A more recent entrant is FactCheck.org, a project of the Annenberg Public Policy Center of the University of Pennsylvania, which tends to focus more on scrutinizing the statements of politicians and other public figures.

4. Check for quality. Many fake news websites don’t even try to do things properly, eschewing such traditions as proper punctuation, spelling, and grammar. Lacing headlines with words in all-capital letters is another favorite tactic of fake news writers. Also be on the lookout for exclamation points and headlines that insist you "MUST READ" something.

5. Check to see if anyone else is reporting the same thing. It doesn’t mean the story is not true if they aren’t, but with even reputable news sites regularly “borrowing” and rewriting stories from other sites there is rarely — if ever — such a thing as an exclusive or “scoop” in the internet age. Rest assured, if Justin Beiber pledged his allegiance to ISIS, it would be big news and be reported far beyond your Facebook feed.

6. Don’t stop at the headline. In fake news items, the facts often don’t even pretend to back up the central premise and the sources cited tend to be less than credible. A quote from "Fappy the Anti-Masturbation Dolphin" in a story about the Pledge of Allegiance in public schools should be a dead giveaway.

7.  Finally … just scroll down. In the case of Facebook, the easiest way to check if a story is true or not is often to read the comments below it. If a story is false, it’s a safe bet that one of your friends has already called it out as fake in the comments section.