With an AARP membership, there’s always more to discover. Check out your member benefits today.

In Florida, Medicare fraud agents work to keep ahead of the highly resilient fraudsters.

En español | HIALEAH, Fla. — One September morning, Omar Perez-Aybar pulls into the parking lot of a well-worn strip mall with a history. Observing the scene, Perez-Aybar, a special agent with the U.S. Department of Health and Human Services, points out the two dozen or so health care businesses listed on the building's directory — and the virtual absence of life inside and out. No cars. No patients. "If nothing else, where are the employees?" he wonders out loud.

The office mall has already been the scene of one crime: A medical equipment supplier for older bedridden patients was busted after a short but profitable life here, bilking Medicare out of $2.2 million in three months in 2007.

Then, as if to confirm his suspicions, Perez-Aybar notices a large man on a cellphone down a darkened corridor, and a second in the parking lot as the agent prepares to pull away in his black government-issue sedan.

In the government's crackdown against Medicare fraud, keeping up with the scoundrels is an endless challenge. Prosecutions are up. And more investigators like Perez-Aybar are on the case. But the fraudsters are highly resilient. The scams are getting larger and more sophisticated. And you never know where they are going to pop up next.

Nearly 2,000 people around the country who collectively billed Medicare $6 billion have been charged with crimes since the Justice Department's Medicare Fraud Strike Force was formed in 2007. The number of health care prosecutions last year hit a record based on charges, guilty pleas and convictions.

The strike force has grown from a single outpost in Miami in 2007 to nine cities, with the support of 40 of the 100 attorneys in the fraud section of the Justice Department. Justice is pushing for prosecutors in other cities to step up. Just this September, some 280 prosecutors and agents from around the country attended a Justice Department workshop in Washington, D.C., to learn the finer points of investigating and prosecuting Medicare cases. Increasingly, the crackdown has the look of a major narcotics operation, complete with electronic surveillance and frequent use of informants and cooperating witnesses. Defendants' assets are now routinely seized before trial. Sentences are being measured in decades; even some older beneficiaries are being prosecuted. Agents are backed by forensic accountants, health care professionals and data acquisition analysts who have a pipeline to Medicare contractors' billing information.

Health care fraud, and Medicare fraud in particular, are extremely high priorities, and will continue to be so," says Leslie Caldwell, head of the Justice Department's criminal division. This year alone:

To be sure, the $6 billion in bogus claims that the U.S. has exposed is a drop in the bucket considering that the federal government estimates Medicare loses up to $60 billion every year to fraud. But the government has clearly geared up. Senior-rich Florida has always been a leader in generating — and fighting — the fraud. The Health and Human Services and Justice departments gave the Bulletin a peek into how they do it.

Medicare fraud affects us all. It adds as much as 10 percent to health care costs, insurance premiums and taxes, according to the federal government.

• Medicare is billed in your name for services you never received.

• Someone used your Medicare card to get medical care or equipment.

• A doctor tells you that Medicare wants you to have an item or a service.

Report suspected wrongdoing to the Office of the Inspector General, 800-447-8477.

Every third Wednesday of the month, federal agents and prosecutors meet in an unmarked building in a remote office park in this sprawling South Florida community to connect the dots of schemes to defraud the federal Medicare program.

One after the other, a dozen teams of investigators that make up the Miami-based arm of the national Medicare Fraud Strike Force cycle through a conference room and report on pending investigations. Sitting in judgment of their efforts is a panel of supervisors from the U.S. Attorney's Office, the Justice Department, the FBI and the Department of Health and Human Services.

The relentless focus is intended to keep the pressure on the agents as well as the perpetrators.

"It is one of the fundamental things that make the strike force work," says Ryan Stumphauzer, a former assistant U.S. attorney who was assigned to the strike force in Miami from 2007 to 2010. "With such an overwhelming volume of health care fraud in South Florida, it was historically easy for cases to languish. Now everyone comes to the table once a month. It is a way to keep people accountable and keep cases moving."

That is a big challenge. Medicare continues to attract a seemingly endless assortment of swindlers and schemers — ex-cons and fugitives, doctors and nurses, and ordinary citizens, including immigrants for whom defrauding Medicare has become a new kind of American dream. Officials here are proud of the work that they do but also realistic about the size of the task at hand.

"We are playing a game of whack-a-mole," says Wilfredo Ferrer, the U.S. attorney in Miami. "There is so much money involved, so much money on the table. People continue to find any way they can to defraud and steal."

A popular early scam was run by an apprentice electrician who owned and operated MV Research, the now-departed medical supplier that formerly occupied a unit in the building that Perez-Aybar was recently checking out.

He would simply steal doctor and patient ID numbers over the Internet or through other illicit means and submit millions in bogus claims. Lax Medicare licensing rules allowed operators to get away with little or no overhead. Most never even ordered the supplies they were supposedly selling, much less delivered them.

MV Research made its money billing for bandages, incontinence supplies and ulcer creams — until HHS got a call from a financial institution that noticed suspiciously large transactions in a company account. Agents pulled billing data and started making phone calls. The doctor supposedly prescribing most of the supplies, and the patients who supposedly benefited from them, had never heard of MV. "It was a complete sham," Perez-Aybar recalls. "They never bought anything. They never delivered anything. They had stolen patient and doctor information." 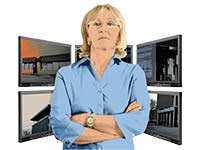 Frauds are getting bigger and more complex. Doctors and other professionals are teaming with networks of recruiters who find Medicare beneficiaries willing to sell their ID numbers, which are then billed for bogus services. Shell companies launder the money to offshore havens. The perpetrators often flee. But such businesses also have a patina of respectability that can allow them to operate under the radar for years at a time.

Perez-Aybar points out a dress shop in Miami's Little Havana that was formerly the hub of a 12-office HIV infusion center staffed with physicians, nurses and therapists. It turned out that the center's "patients" were Medicare beneficiaries who got kickbacks for treatments that were medically unnecessary or not provided at all. Ultimately, the network billed $110 million in fraudulent Medicare claims. While many of the professionals were prosecuted, three brothers who owned the business fled the country and are now believed to be living in Cuba.

Elsa Capo, a piano teacher, is facing the music. The diminutive grandmother in a mint green linen jacket was indicted this spring for taking kickbacks for allowing her Medicare number to be used by a Miami-based home-health care firm. The problem: She was not homebound, and she received no health care. She would drive from Tampa to Miami and sign a register declaring falsely that she received treatment. For her trouble, she got about $1,000 a month, on and off for two years. She pleaded guilty after a cooperating witness wearing a wire caught her bargaining for money and bragging about her health.

Capo, 71, is the new face of Medicare fraud. And while it may not be politically popular, the strike force is determined to hold people like her to account. "We need to send the message that those who willingly participate and allow their numbers to be used are as guilty as those who are perpetuating the fraud by filling out the paperwork and filing the bill," says Ferrer, the U.S. attorney.

Mortified, Capo apologized to the court and to friends and family. "It is something that will stay with my family, with my sons, with my nephews and nieces and with my friends forever more," she said through a translator. "And I am very, very sorry."

Judge Jose Martinez has seen more Medicare fraud cases than he would like. "This is something that is endemic in this community," he said. "I'm tired of being tarred with the brush of petty crooks and thieves that steal from the very programs that are designed to protect them."

Capo got three years of probation with 180 days of home detention. Martinez told her she had "dodged a bullet."

Rick Schmitt, a former Justice Department correspondent for the Los Angeles Times and the Wall Street Journal, lives in Maryland.