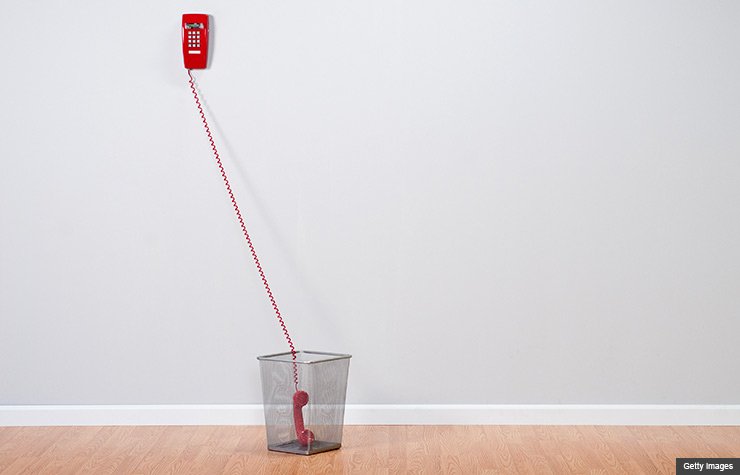 Hang up on robocalls and file a complaint; you’re helping the FTC identify violators.

En español | If we could conjure a holiday miracle, we'd ask for a new kind of phone — one without robocalls and their ever-changing crop of scams.

Lower credit card interest rate? Mortgage relief? "Free" vacations, medical supplies or home alarms? Changes in your health benefits or bank account? These are bait in current top robocall rip-offs, but new schemes constantly evolve, all seeking your personal or financial information. This year likely will end with another record for these automated and often illegal annoyances, says Federal Trade Commission official Lois Greisman, who oversees the National Do Not Call Registry.

Speak Out: Tell us about scams and fraud you've come across

"Our law enforcement actions have already halted billions of robocalls, but with today's technology, tens of millions can be blasted each day — at a per-minute calling cost of less than 1 cent," Greisman says.

The fact is, certain kinds of robocalls are legal and useful. Airlines can call with an automated alert that your flight has been canceled, for instance, and schools can phone with a message that students are being sent home early because of snow. Nonprofit membership organizations, including AARP, can call members with pertinent information, such as upcoming events about retirement planning, Social Security or consumer scams.

Flat-out commercial pitches are illegal unless you've given permission in writing.

When these kinds of calls come in, your caller ID usually displays "spoofed" numbers — outright fakes or those stolen from legitimate organizations or citizens — or just says "unknown."

"Dozens and dozens of spoofed numbers can be used per robocall campaign, and telemarketing scripts are shared as well," says Greisman, explaining why you may get the same rip-off recording from different incoming numbers.

And it's usually not personal. Although lists of real phone numbers are sometimes used, typically a sequence of phone numbers is programmed — say, dial X numbers with Y area code over Z period — and computerized systems start calling. The scammers often don't know who owns those numbers, whether they're on the registry, or even if the numbers are actually in operation.

Here's how to protect yourself