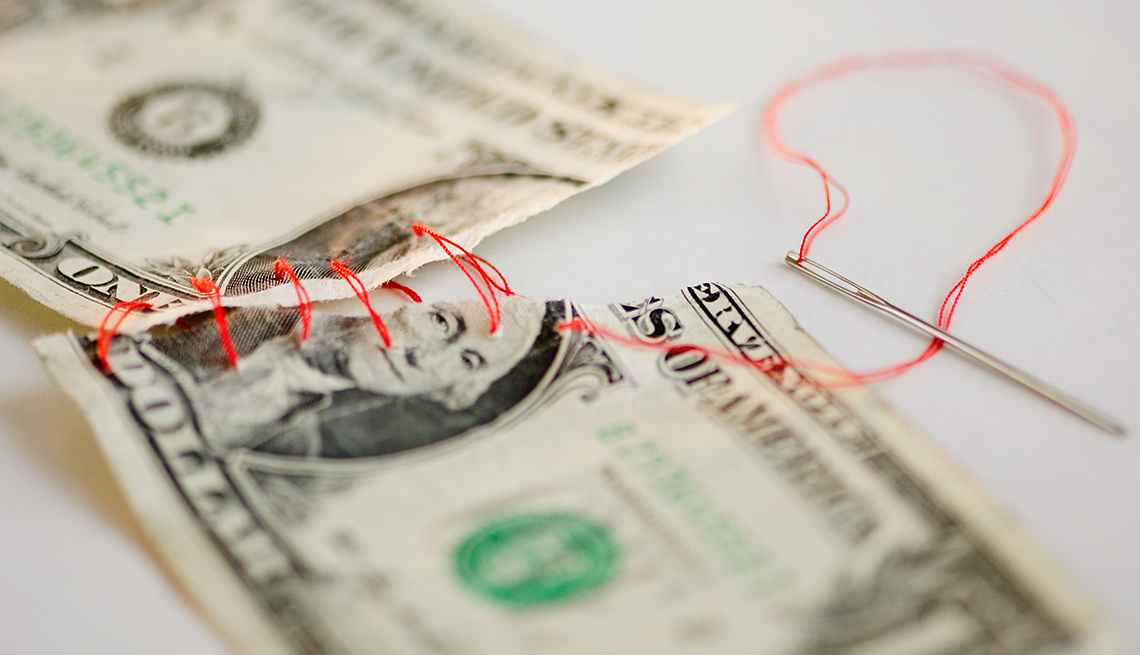 The best way to stop making money mistakes is to stop and think about how you spend.

Most of us think we are logical about money, despite the fact that we make money errors daily. The first step toward avoiding these mistakes and making better decisions is being aware of them. A new book, Dollars and Sense: How We Misthink Money and How to Spend Smarter, published by HarperCollins addresses the subject. In this fascinating and entertaining read, authors Dan Ariely, a behavioral economist at Duke University, and Jeff Kreisler, a Princeton-educated lawyer turned comedian and writer, offer some practical ways to be smart with money. Ariely has written best-selling books, including my favorite, Predictably Irrational (HarperCollins, 2008), and he has several fascinating TED Talks on our irrational behavior. I spoke with Ariely about five money lessons I took from the book.

2. Don’t compartmentalize. I know some people complain that a sandwich is overpriced, only to lose hundreds of dollars a year by leaving large amounts of cash earning nothing in banks. This occurs because we tend to place dollars spent in a different compartment than dollars saved. In an effort to make that connection, I once told a client that stashing his cash in a high-yield FDIC-insured savings account earning 1.3 percent was the equivalent of getting a free sandwich every day for the rest of his life. All he had to do was move it from the big bank paying him nothing to the one paying the 1.3 percent interest. Ariely explained to me that compartmentalizing money can help simplify how we deal with money, but it can also lead to mistakes.

3. Forget relativity. Marketers manipulate us to buy based on what the price used to be versus a lower sales price. But many presale prices don’t reflect reality. Buying something at 50 percent off an unrealistically inflated price is not a good deal, particularly if you don’t need it or don’t use it. Furthermore, some restaurants play psychological tricks, such as intentionally listing a high-priced item first on the menu so that every other item will look relatively cheap. Relativity is relevant in physics — but when it comes to finance, not so much.

4. Think opportunity costs. No matter what age we are, a new car purchase brings lots of pleasure. Yet it is important to weigh that pleasure against the impact on your financial independence. Will you need to give up vacations, eat out less, not fund the college 529 plan for the grandkids or work in that job you hate for another year?

5. Embrace the pain of paying. It’s so easy to buy things today. That’s by design, of course. The easier it is, the less we think about how much we’re spending. One-click internet shopping, electronic payments and credit cards virtually eliminate the pain of paying — and that’s not a good thing. Using cash maximizes the pain of paying, but I noted to Ariely that it was impractical to buy things over the internet with cash. He says there are ways to keep your spending in check, like putting Post-it notes next to the PC with each purchase and its price. Anything that makes your purchase more salient will get you to spend less, Ariel told me.

If you still believe you are rational with money, consider the fact that in the past 15 years, two Nobel Prizes in economics have been awarded (to Daniel Kahneman in 2002 and Richard Thaler this year) in the relatively new field of behavioral economics, which describes how our actions are so different from what classical economics would predict. Humans are inherently irrational with money.

These are just five of the lessons I took from the book. I know I’m still likely to make some of these blunders. Ariely warns that we are exploited daily, and the only way to combat mistakes is to stop and think about how we spend and save. Don’t assume you are too smart to be manipulated. As the book concludes: “A wise man knows himself to be a fool, but a foolish man opens his wallet and removes all doubt.”