There's always more to discover with an AARP membership! Check out your member benefits. 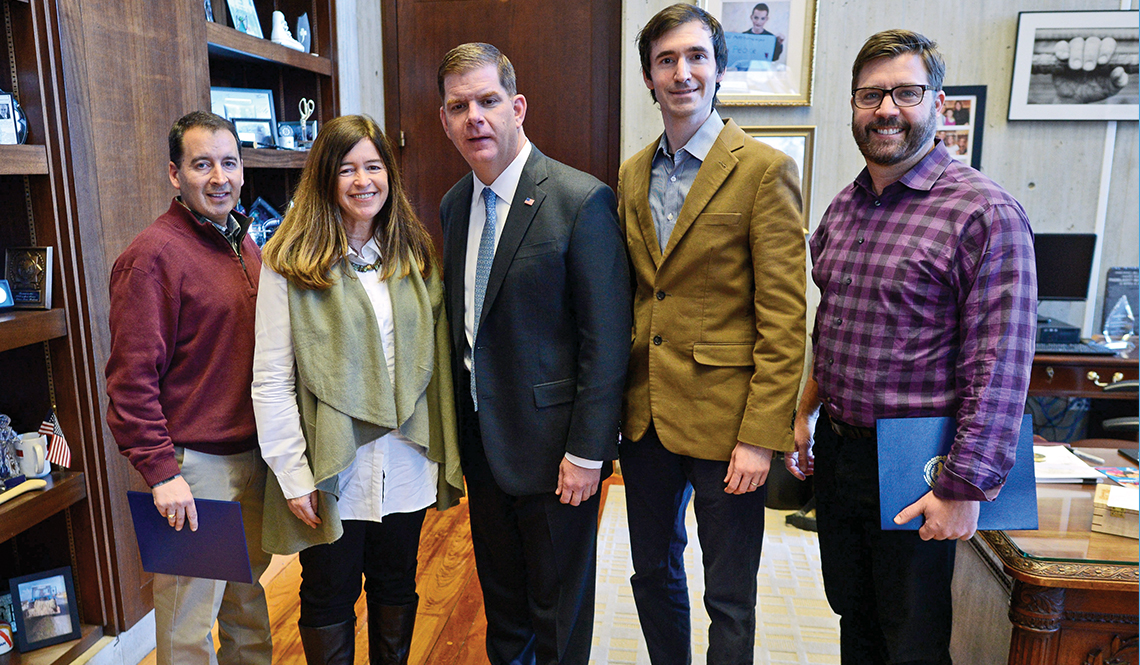 Boston Mayor Martin J. Walsh (center) met with the winners of Boston's Safest Driver Competition. "This was a humbling experience overall," Deirdre Manning, who had the highest score, said about the contest. "I had to put my ego in the backseat and let all the other cars pass me." 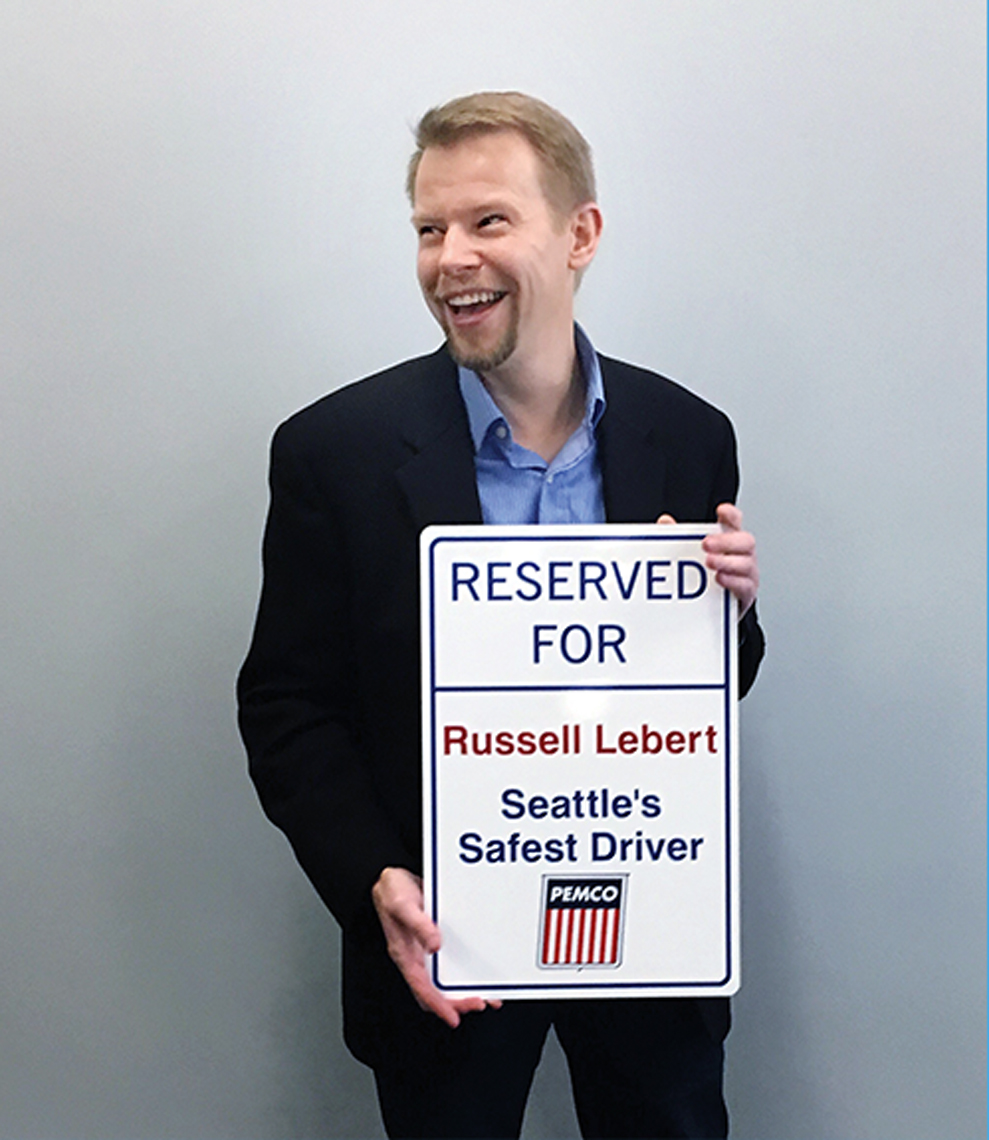 Boston's success inspired Seattle, Washington, which has its own Vision Zero initiative, to hold a similar contest in partnership with PEMCO Insurance. The 2018 competition attracted more than 4,000 participants and earned Russell Lebert — who achieved a perfect score of 100 — the $2,000 grand prize and bragging rights as Seattle's Safest Driver. "During the first couple weeks of the competition, I had to consciously think about not touching my phone. After that, my phone was no longer part of my driving experience," Lebert said.

According to the National Highway Traffic Safety Administration, 94 percent of vehicle crashes can be tied to a human choice or error.

One way to address the problem is to capitalize on the popularity of contests and use of self-help mobile phone apps.

In Boston, Massachusetts, where Mayor Martin J. Walsh's Vision Zero Boston initiative aims to eliminate traffic fatalities by 2030, the city partnered with Cambridge Mobile Telematics and the Arbella Insurance Foundation to create the Boston's Safest Driver Competition, which was held in 2016 and will be repeated later in 2019.

To compete for prizes, drivers download a smartphone app that logs their daily travels by tracking five metrics: speed, acceleration, braking, cornering and the extent to which the driver is distracted by his or her phone while on the road.

When the first competition ended in January 2017, four winners were named and received prizes from $500 to $2,000. Ninety-eight other top scorers received smaller cash prizes.

Some 5,000 users had downloaded the app and logged 3 million miles of travel. The top 1,000 competitors saw their driving speeds drop by almost 35 percent and their phone-caused distractedness decrease by 47 percent.

Safest Driver contests have since launched in San Antonio, Texas (cosponsored by the city and the financial services firm USAA), the Cayman Islands (sponsored by the insurance firm Saxon) and Rhode Island (through a contest hosted by the Amica Mutual Insurance Company). 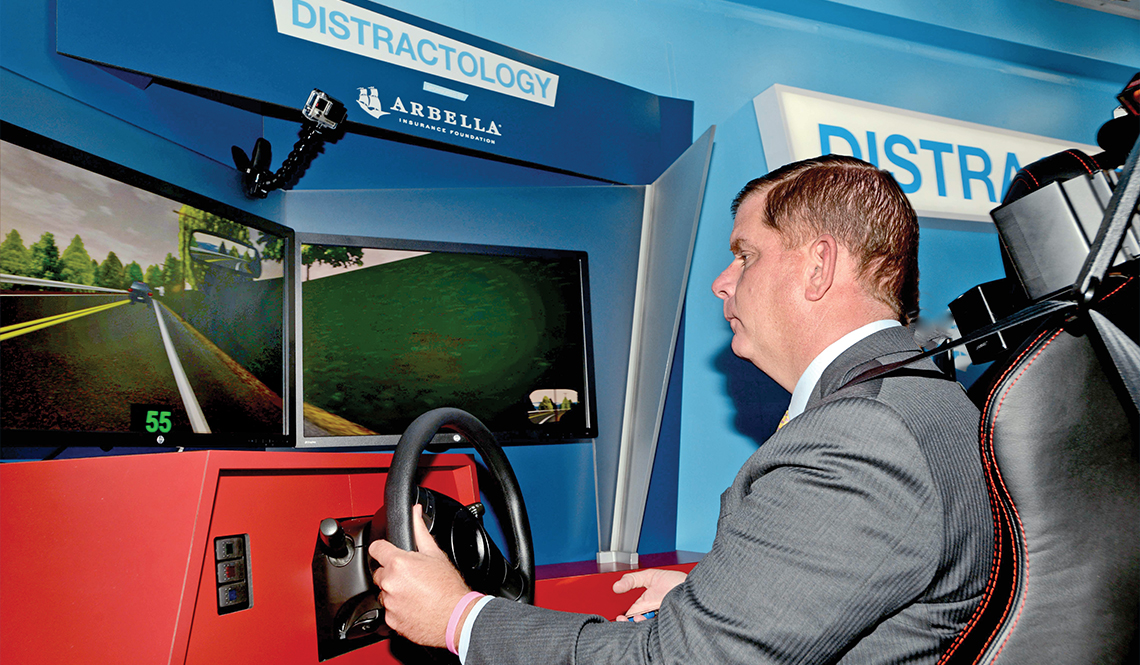 Mayor Walsh takes the wheel of the Distractology simulator and tries to keep his eyes on the road during the Safest Driver contest’s kickoff event. The machine, which is often used in high schools, is sponsored by the Arbella Insurance Foundation utilizes research from the Human Performance Lab at the University of Massachusetts-Amherst.

This article is adapted from the "Provide More Ways to Get Around" chapter of the AARP publication Where We Live: Communities for All Ages — 100+ Inspiring Examples from America’s Community Leaders (2018 edition). Download or order your free copy.