How to Plant a Pollinator Garden 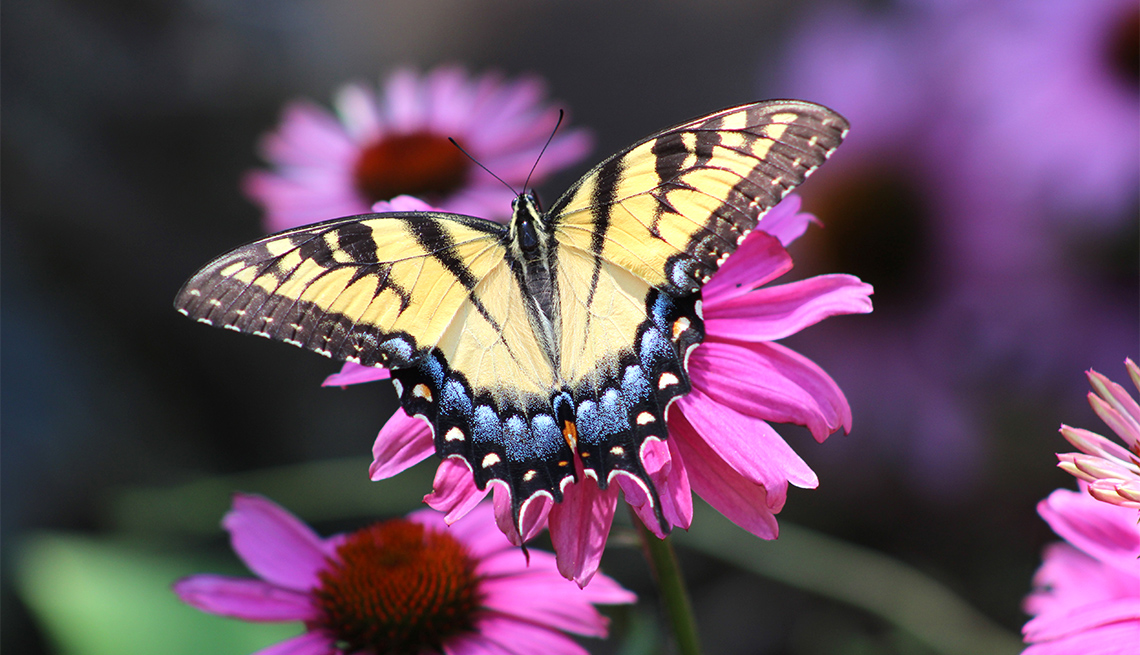 ​Barbara Weatherford of Portsmouth, Rhode Island, often sits outside drinking coffee and gazing at her plants, noticing “how many insects there are crawling around in the petals.” ​While some people instinctively squash bugs, she says, “I want bugs in my garden.” Why? Because she knows that many of them are vital pollinators, not pests. ​

Weatherford, 72, is part of a gardening trend focused on supporting local pollinators to counteract a declining insect population in the United States. Remember as a kid how your car’s windshield would be covered with dead insects after family road trips? That doesn’t happen anymore. The U.S. pollinator population has taken a serious hit from loss of habitat, pesticides, disease, and climate change, experts say. ​

But you can help reverse this decline by adding plants to your yard that nurture pollinators. “By supporting pollinators in your local community, you’re also going to be supporting birds, like songbirds, other insects, and larger mammals,” says Kelly Rourke, executive director of the Pollinator Partnership. Pollinators are vital to our food supply and ecosystems because plants can’t reproduce—or produce seeds and fruit—without pollination. ​

Plants “capture the energy from the sun and turn it into food that drives everything on the planet,” says Doug Tallamy, an entomology professor at the University of Delaware and the author of Nature’s Best Hope. “If we lost our pollinators, we’d lose 80 percent to 90 percent of the plants on the planet.” ​

What exactly is a pollinator?​

Most people think of honeybees as the top pollinator, but scientists emphasize the importance of native bees, including bumblebees. (Honeybees were imported from Europe.) “The real pollinators doing most of the work are those native bees,” says Tallamy. ​

Enter your zip code into the National Wildlife Federation’s native plant finder or the Pollinator Partnership’s ecoregional planting guide to find a list of native plants that will work best for your area and the pollinators they’ll attract.​​

​The U.S. has almost 4,000 species of native bees, “most of which are in decline because we don’t have the plants they need to reproduce,” he says. ​ ​

In the same way that monarch butterflies rely on milkweed plants as the sole food source for their larvae, a number of native insects reproduce only if they have access to a particular pollen. Without milkweed, we’d have no monarchs. Without Virginia creeper, the gorgeous sphinx moth wouldn’t exist. ​ ​

Other vital pollinators include those that do their work at night such as bats, some beetles and moths. Even flies pollinate certain plants, like the fruit-producing pawpaw trees on the East Coast. ​

To make her yard as pollinator-friendly as possible, Weatherford did research and talked with her gardener sister. She decided to focus on plants native to her state. “I became more aware of when I make plant choices,” she says. “It isn’t just to be pretty. It’s what is the plant doing in the environment to create a better space for other creatures?” ​

To support local pollinators, select a variety of native plants that flower in succession from early spring through late fall, guaranteeing them a steady supply of pollen and nectar. Choosing a mix of plants that are native to your area means they will be better adapted to your local climate, soil and pollinator species than imported or nonnative plants. They’ll also require less water once they’re established and help prevent erosion. And don’t forget about nocturnal pollinators – include plants that bloom after dark.

Valerie Gamache, 64, of Portsmouth, New Hampshire, wanted lots of color in her yard and to support pollinators. When she took down an unsafe snag tree, she had it woodchipped and then turned the open, sunny space into “a cool pollinator bed. It’s just a bird magnet,” she says. Gamache also made sure to avoid using pesticides that can threaten the beneficial bugs.

Steve Dale, 74, of Bloomington, Minnesota, became interested in pollinator gardening through the Izaak Walton League of America, an organization he learned was removing invasive plants and replacing them with local native varieties. As Dale’s garden took up more space and crowded out the lawn, he was relieved he no longer had to cut his grass. In fact, a lawn is pretty useless to pollinators, Tallamy says. ​

​“We’ve got more than 40 million acres of lawn in this country where we’ve eliminated the forage that these pollinators need,” Tallamy says. Replacing even part of your lawn with native plants can provide a vital source of forage. Think of your yard as part of the Homegrown National Park, a coast-to-coast effort Tallamy launched to restore biodiversity and a healthy ecosystem by increasing native plantings. No yard? Not to worry: Many native plants will grow happily in pots or window boxes. ​​

Another benefit of having a pro-pollinator garden is the opportunity it provides for connection and community. Dale’s garden is a place of fascination for his young grandsons. “One of their favorites is bumblebees. We watch them working all the time,” he says. ​

​Experts also recommend adding native plants to your vegetable garden to attract the pollinators they need. Dale shares his bounty with his daughter, supplying her with cucumbers, beans, and tomatoes. ​

Doug, 76, and Arlene Ripley, 75, have experienced that joy by nurturing their garden near St. David, Arizona. It’s an arid climate and yet Arlene has photographed 80 species of butterflies that have been drawn to their property. “It’s just mind-boggling how beautiful many of the insects are,”

Editor's note: Due to an editing error, an earlier version of this story incorrectly recommended plants that are not native to the United States.

Give up pesticides and chemical fertilizers for a safer, less expensive approach