15 Water Conservation Tips to Consider During Drought and Heat

Strategies to avoid flushing away water and money 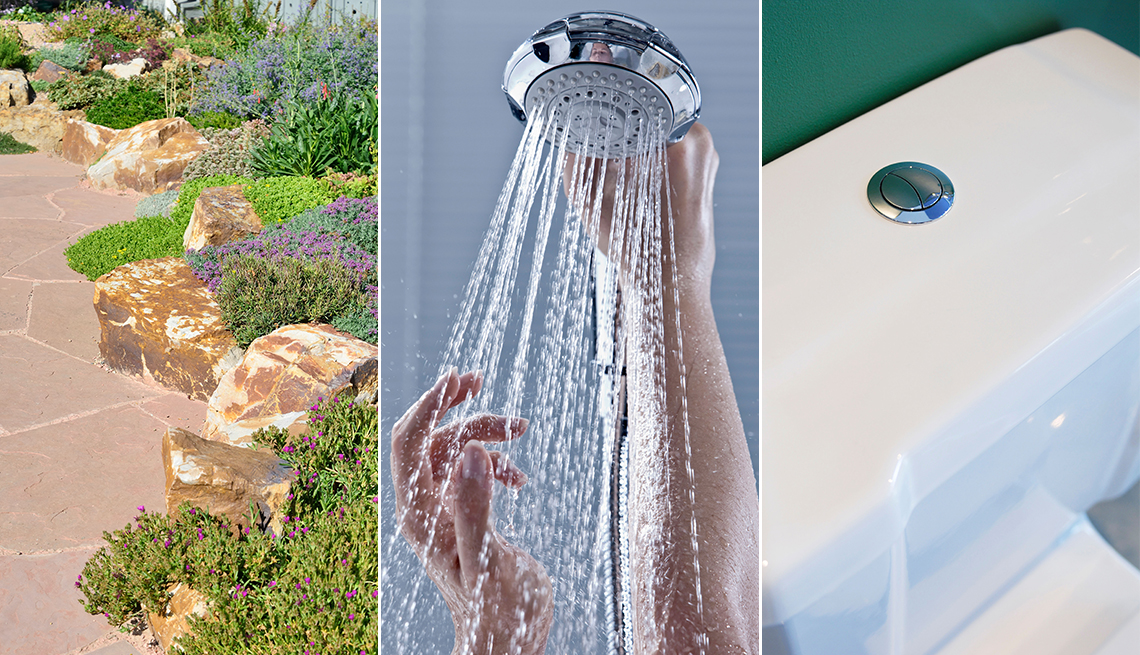 High temperatures and low water levels have pushed many parts of the country, from California to Maine, into drought conditions. As a result, people in some places, such as in parts of California, face mandatory water restrictions. In other places, including some areas of Minnesota, they have been asked to water lawns less frequently and during cooler hours.

Even in areas that aren't facing severe water shortages, residents are being asked to conserve water during one of the hottest years on record.

Those efforts often start with the yard, since it is the single largest residential water consumer, according to the U.S. Environmental Protection Agency, especially in summer, when watering lawns and gardens spikes. Outside the house accounts for 30 percent of all household water use, according to the EPA, but that number can be much higher in drier parts of the country.

The next largest household water users include toilets, at 24 percent, followed by faucets, showers, washing machines, leaks, baths and dishwashers, according to the Water Research Foundation.

"Water is a precious resource,” says Michael C. Slattery, chair of the department of environmental sciences at Texas Christian University in Fort Worth, Texas. One person can make a big difference, he adds, since the average American uses about 100 gallons of water a day.

Take inventory of your water use, starting with your water bill, advises Bill Christiansen, director of programs for the Chicago-based nonprofit Alliance for Water Efficiency. If your cost or use is higher than it was a year ago, analyze why. First, eliminate water waste, such as leaks, and then find ways to reduce your water use. The Alliance's Home Water Works calculator can help.

Many small — and big — changes can ensure water isn't wasted down the drain. In addition, by saving water, you may also save money on your energy bill, since appliances like washing machines use both.

This spring, Northern California resident Ken Thurman, 65, replaced his front lawn with drought-resistant plants and mulch, all for less than $400.

"I used to turn on my sprinklers at least three times a week,” he says. That and other water-saving steps have shaved $20 to $30 from his monthly water bill, Thurman says.

Here are some water-saving tips you can try in and around your home. 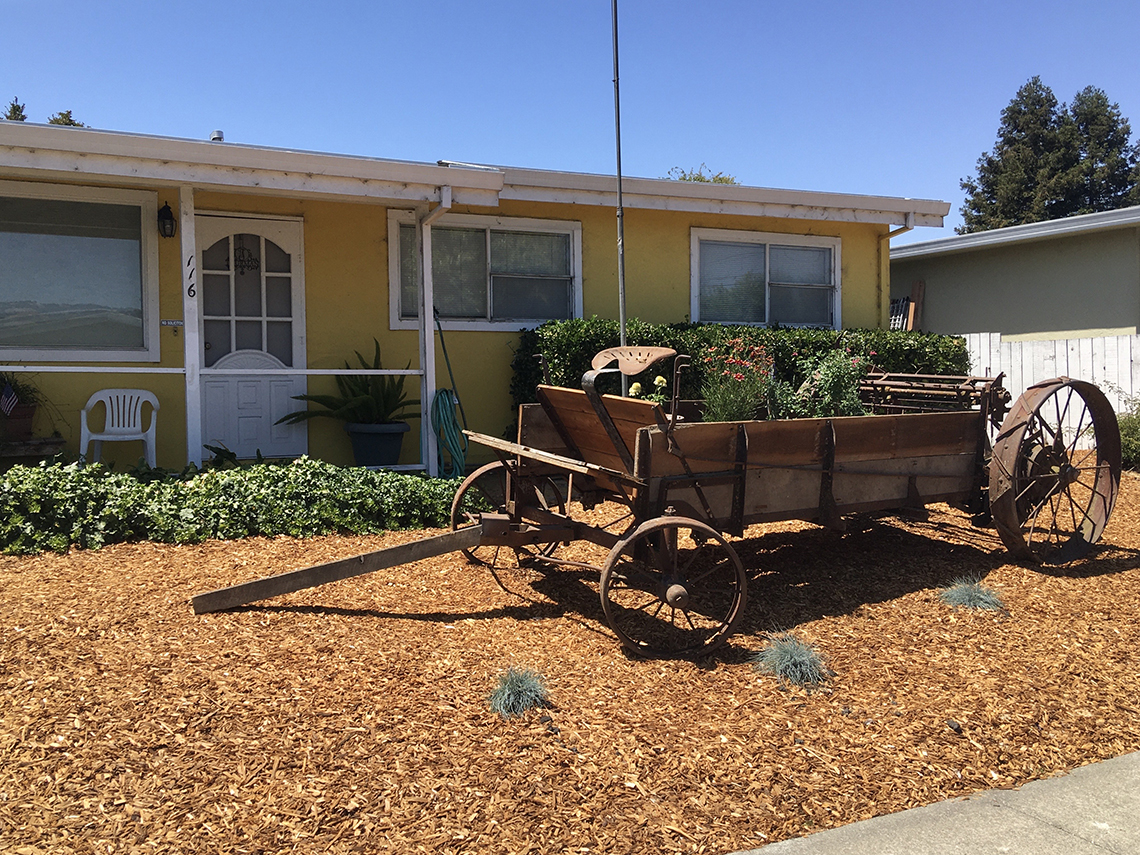 To save water, Californian Ken Thurman opted for drought-resistant plants and mulch instead of a green lawn.
Photo Credit: Sheryl Jean

1. Use smart watering strategies. Water grass and plants only when they need it. Patrick Shea, general manager of St. Paul Regional Water Services in Minnesota, has asked city residents to water only before noon or after 6 p.m. to minimize evaporation during the hottest part of the day. Avoid watering when it's windy because the droplets drift off course, he adds. If you use a hose to water, make sure it has a shut-off nozzle, a small part you can add to a hose to prevent water overflow.

2. Change mowing practices. Longer grass will trap more moisture, so raise your lawn mower blade as high as it will go. Mow less frequently, and leave the clippings on the grass to insulate the ground and retain more moisture.

3. Use smart irrigation. Regularly check sprinkler heads to make sure they're working properly and aren't leaking, which can waste hundreds of gallons a day. Adjust sprinklers so they spray only on green space. Install a smart sprinkler system with soil-moisture and rain sensors or add those features to your existing system.

4. Reconsider landscaping. Organize your yard into hydrozones, and use a different watering schedule for each to avoid both overwatering and underwatering. Replace water-intensive plants with low-water native plants or drought-resistant varieties. Be even bolder by getting rid of your lawn and replacing it with mulch, gravel or artificial turf.

5. Look for leaks. Bathrooms can account for about half of all indoor home water use. Regularly inspect your pipes, faucets, toilets and showerheads for leaks.

6. Limit flushing. Every toilet flush uses 4 gallons of water. Reduce your water use by flushing less and by not flushing items like hair and spiders. You can trick a toilet into using less water by displacing water in the tank: Fill an empty plastic milk jug or laundry container with water and place it in the corner of the tank. Install a low-flow or WaterSense-labeled toilet, which can save 13,000 gallons of water yearly. Your community may have a program that provides water-efficient replacement toilets for free.

7. Limit faucet use. Don't let the tap run while you brush your teeth, wash your hands or shave. Use low-flow or WaterSense-labeled faucets to save water.

8. Take a shower, not a bath. Showering typically uses less water than taking a bath, since the average tub holds over 50 gallons. If you do bathe, fill the tub only partway. Long showers also waste water, so limit yours to 3 to 5 minutes. Digital radio services Pandora and Spotify offer shower playlists that serve as timers. Turn off the water while shampooing and lathering, then turn it back on to rinse.

9. Keep taps off. Don't let the faucet run until the water's cold. Instead, cool a jug of tap water in the refrigerator.

10. Use efficient dishwashing. A dishwasher is usually more efficient than washing dishes by hand, but you have to you run it only when it's full and only during off-peak energy times. Save even more water by not pre-rinsing dishes, which isn't necessary with most new dishwashers. Invest in an Energy Star dishwasher, which is 30 percent more water-efficient than other models. If you're washing dishes by hand, fill the sink with water instead of letting the water run.

12. Adjust washing machine use. Wear some clothes more than once and run the washer only when it's full. Adjust the washer to the size of the load to use less water (some new machines do this automatically). Consider buying an Energy Star washing machine, which uses 33 percent less water than other models.

This summer, Dolly Ludden of St. Paul, Minnesota, has been running her dishwasher and washing machine only when they're full. For clothes, that means once a week instead of three times a week.

"We merge together whites and [colors],” says the 57-year-old. “I like to bleach them, but sometimes it doesn't make sense."

13. Recycle water. Use captured rainwater to wash your car or water your plants. You also can collect water in a bucket in the shower as you wait for the water to heat up.

14. Use a pool cover. A pool cover can reduce water lost to evaporation.

15. Compost. Rather than run water for a garbage disposal, compost your food waste.

Extra Credit: Check if your water or energy provider offers any rebates or discounts on appliances or programs to help you make your home more water-efficient. These may include a free low-flow showerhead, rebates on WaterSense products or a home water audit.

Sheryl Jean is a contributing writer who covers aging, business, technology, travel, health and human-interest stories. A former reporter for several daily metropolitan newspapers, her work also has appeared in the Chicago Tribune and The Dallas Morning News and on the American Heart Association’s website. 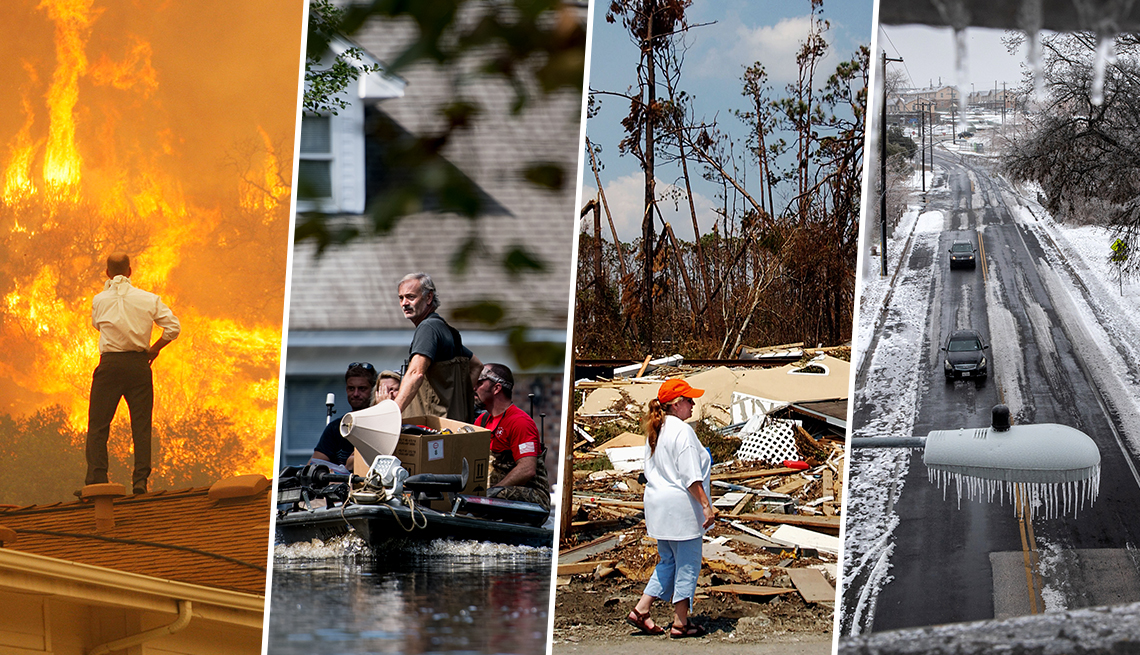 What You Need to Know About Climate Change 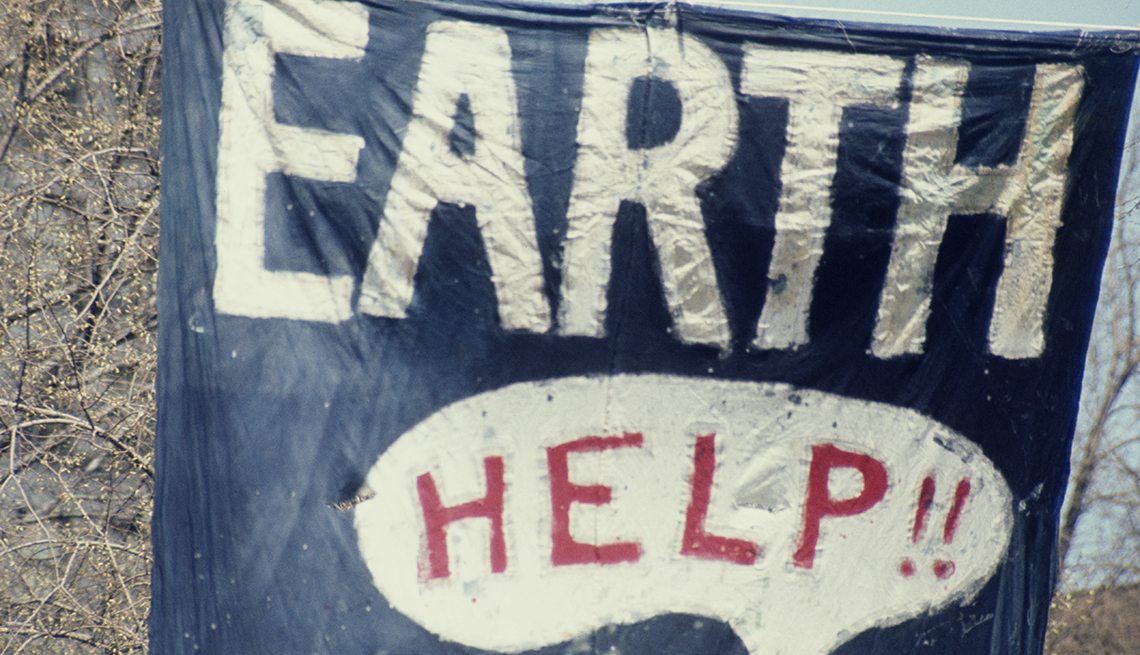 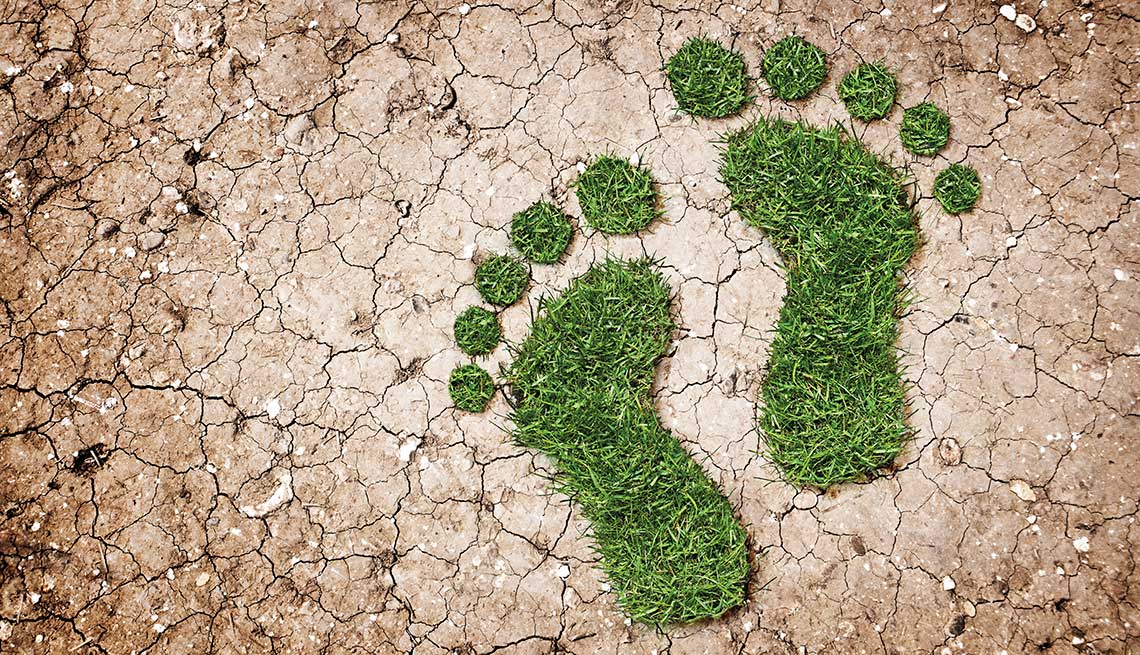 Quiz: How Does Consumption Affect the Environment?