It's been 50 years since the first Earth Day was celebrated in the United States — April 22, 1970. This occasion is now observed annually by 1 billion people in more than 190 countries.

While environmental concerns have evolved over the past five decades — from reducing air pollution to saving endangered wildlife to countering global warming — Earth Day continues to serve as a reminder to protect the planet, both now and in the future.

Author and marine biologist Rachel Carson sounds the alarm on the ill effects of DDT and other pesticides in this best-selling book, which kick-starts the modern environmental movement.

Twenty million Americans take part in the first Earth Day. A large-scale demonstration of environmental activism, the observance leads to the creation of the U.S. Environmental Protection Agency (EPA) and legislation including the Clean Air Act.

Although not a new concept, especially to those who lived through World War II, recycling takes on a new life in 1980, when Woodbury, New Jersey, becomes the first town to make its curbside-pickup program mandatory for residents.

Researchers discover a 7.3 million–square-mile hole in the ozone layer over Antarctica. Within two years the United States and more than 100 other countries pledge to phase out the use of ozone-depleting compounds known as chlorofluorocarbons, or CFCs.

Toyota introduces the Prius in Japan, making a hybrid gas-electric vehicle widely available to consumers for the first time. Hybrid models, now available from many automakers, emit about half as much carbon dioxide as gasoline-powered vehicles. 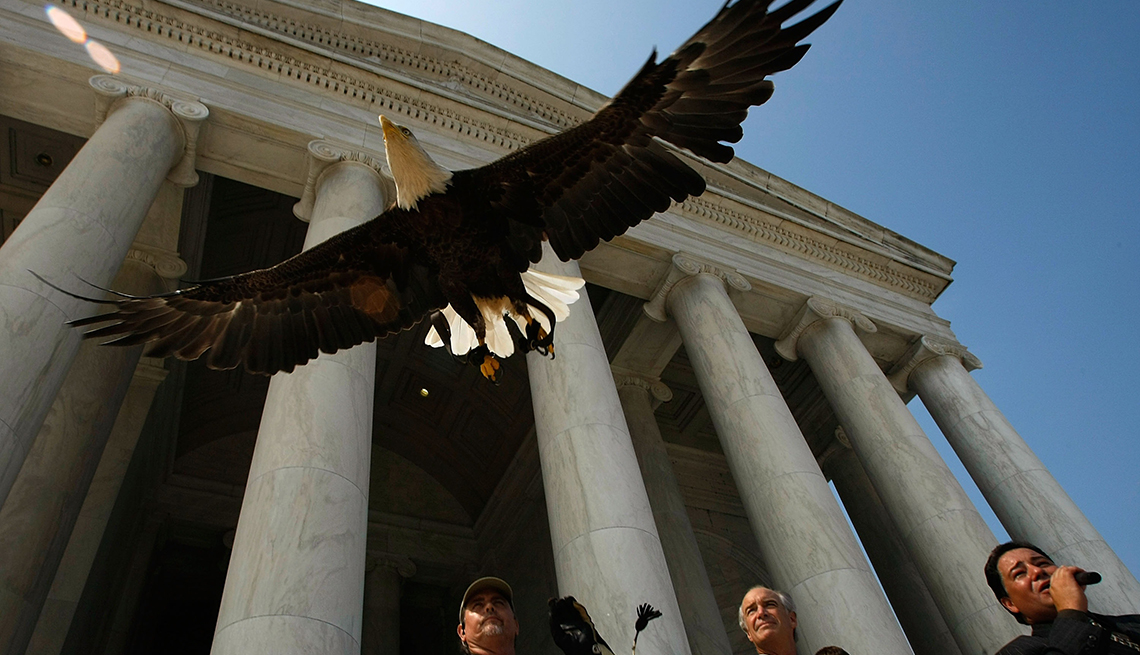 Challenger, a bald eagle, is released during an event marking the removal of the bald eagle from the endangered species list.

Following decades of conservation, the American bald eagle is removed from the endangered species list, after more than 10,000 nesting pairs (up from approximately 400 in 1963) are observed in the lower 48 states.

In August 2015 around 30 vessels cross the Great Pacific Garbage Patch for the largest ever ocean research expedition. Located between California and Hawaii, the patch is three times the size of France and contains 80 million kilograms of floating plastic debris.

2016: The Paris Agreement goes into effect.

As part of the Paris Agreement, a landmark international accord to combat climate change, signatory countries agree to limit global temperature rise in the 21st century to 2 degrees Celsius above preindustrial levels.

2019: Greta Thunberg ushers in a new generation of activism.

Sixteen-year old Swedish environmental activist Greta Thunberg is named Time's 2019 “Person of the Year” for her climate change activism, including urging fellow students to rally for the environment and speaking forcefully at the United Nations Climate Action Summit.

"The world is waking up,” she said in an emotional speech addressing world leaders. “And change is coming, whether you like it or not."