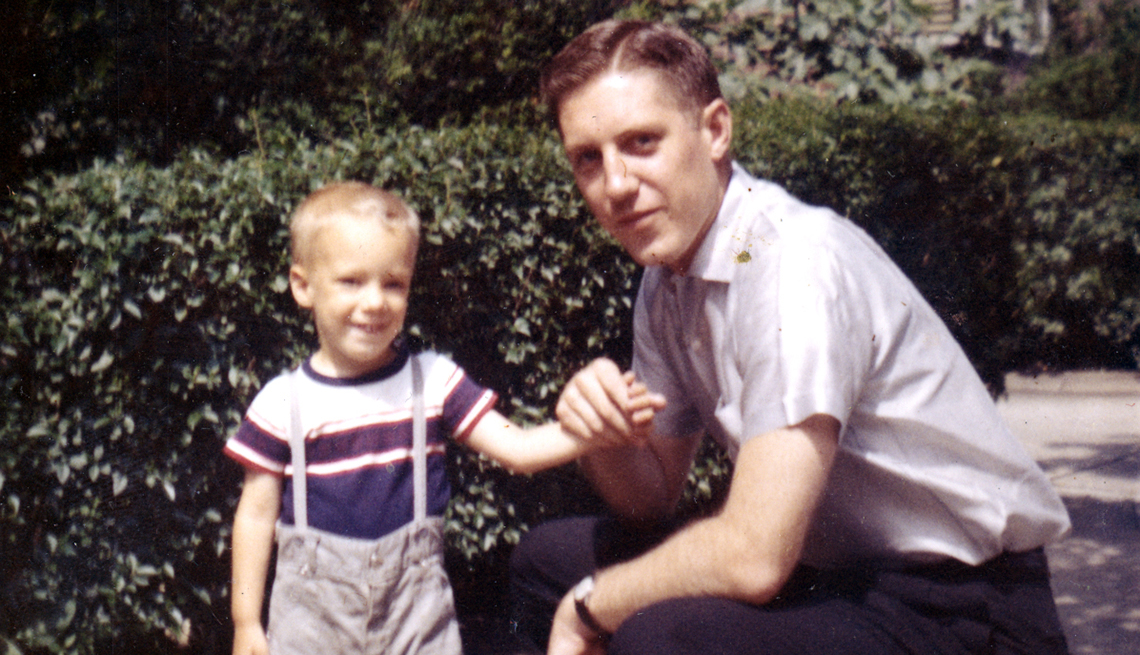 Steven Petrow as a child with his father, Richard Petrow.

My father was in his early 70s when a mysterious neurological ailment began to affect his ability to speak — his “articulation,” as he put it.

Dad visited some of the top neurologists in the country, including the late Oliver Sacks, who assured him that this condition wouldn't be his demise, although it did force him to retire from his beloved career as a journalism professor after more than three decades at New York University.

Then he started to fall, another symptom of his ailment. One morning my siblings and I received an email from Dad with the subject line “MAYDAY.” “Hello all … Need help on a continuing basis.” Dad had never been the type to ask for assistance, so we took notice and stepped up, paying the bills, managing household repairs and visiting with greater frequency. Eventually we hired home health aides. (At the same time, we were caring for our mother, who had just been diagnosed with lung cancer.)

Dad's doctor recommended a walker — advice he ignored — and soon he was falling as often as three or four times a day. This was heartbreaking — and frustrating — to my sister, brother and me. 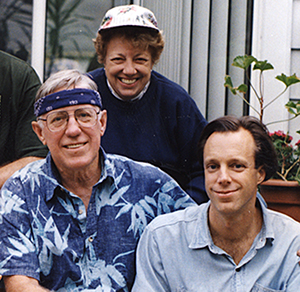 Steven Petrow with his parents, Richard and Margot Petrow, in 1993.

That spring we hired a new health aide just for Dad. One aide could not care for both of our parents. Each morning she'd greet him by asking, “Professor Petrow, how are you today?” She saw the delight in his face; so did I. I'm certain that my father's two favorite words in the English language were “Professor Petrow.” He not only liked the title, he deserved it. And soon every sentence uttered by the aide contained “professor.” “Professor, what would you like for breakfast?” “What time do you want to go for a walk, Professor?” To my shock, she could even tell him what to do! “Professor, you need to take your medication,” she would say, and he'd comply. It had been a long time since I'd seen Dad seem so pleased. I recognized the lesson: Treat him as an adult — try to restore his sense of identity.

Finally, my father took a terrible fall that broke four ribs, which led to a cascading series of medical emergencies. He died at age 87 on April 11, 2017, three months and five days after our mother's passing.

Dad always did like to have the last word, which he did with a book he had written and left with us called Very Short Fictions. The fictions, it turned out, were pointed truths, and painful ones at that. He wrote about the troubled state of his marriage to our mom: “On awakening, his wife told him that she remembers being very angry at him the night before but couldn't remember why; he remembered why but didn't tell her."

And about the lifelong chasm between us. “His son was gay, and he was not, and even though their relationship was correct, cordial, even friendly, it lacked intimacy; they had lived such different lives."

If one theme prevailed, it was his bittersweet remembrance of things past. He wrote of doctors’ visits, betraying an anxiety he rarely expressed: “He never used to worry when seeing a doctor, but he was younger then.” Reflecting on his NYU tenure, Dad typed: “The senior professor told his wife that the new chairman had talked about getting rid of ‘dead wood'; that evening he had trouble getting to sleep.” How could I not feel his pain, especially as I now trespass into my 60s? 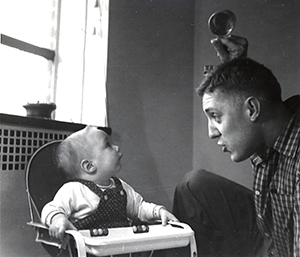 Steven Petrow as a baby with his father in 1958.

Nor was aging far from Dad's mind. One chapter in particular cast its fault on my siblings and me. “He knew he was getting older when his children started telling him what to do, not the other way around, as it should be.”

For all those years we had struggled to find the right balance; his writing told us that we had not succeeded.

I didn't want these sorrowful tales to be the last words on my father. His impact, his legacy was perhaps greater than he realized, and that's how his story needed to be written.

I went to the tribute website that some NYU colleagues had set up for Dad after his death. It had amassed lovely comments from journalists and professors, as well as his students. I typed:

"I owe many things to my father, and a career in journalism is one of them.… I've wandered the country as a reporter, spent years writing books in near solitude, and enjoyed just about every minute of this wild and crazy ride. Thanks, Dad.”

But I forgot something important. A year later I had a second chance. Dad's grave marker reads for the ages: “Professor and Journalist."

Steven Petrow is a columnist for USA Today and a regular contributor to the Washington Post and the New York Times.