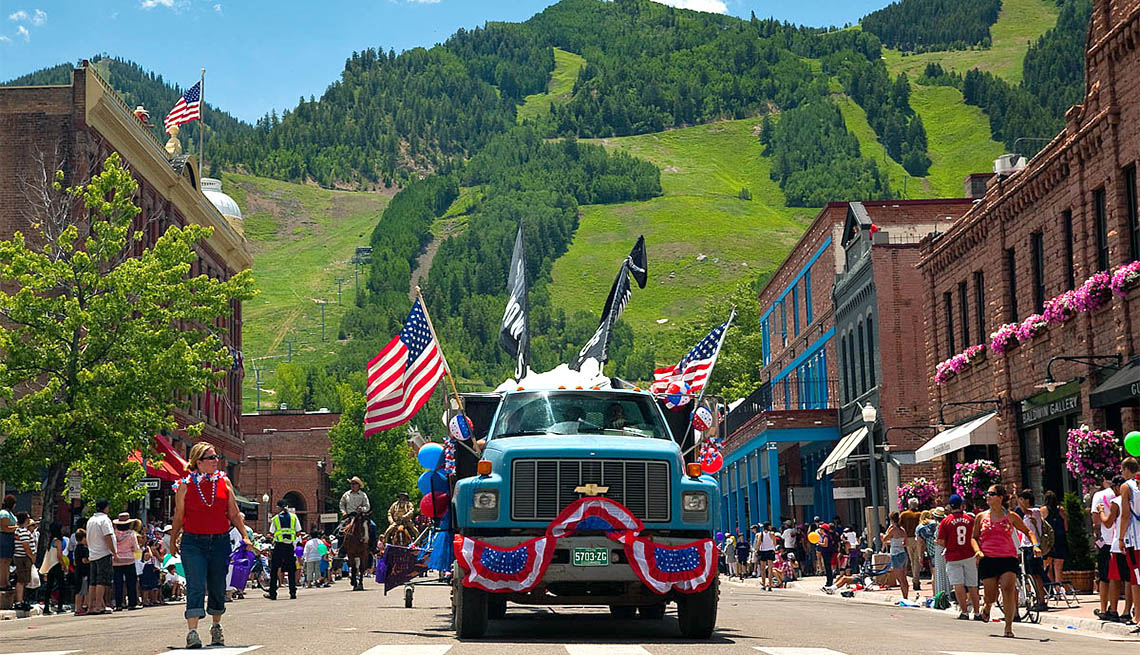 If you’re looking for a place to celebrate the Fourth of July, it might help if you like your events on the old-fashioned side.

Dozens (probably hundreds) of American towns and cities use a variation of that theme when pitching their celebrations, from Bridgeport, Calif. to Stowe, Vt. Some places even take it another step: Apex, N.C. has the “Olde Fashioned Fourth of July” and Miramar, Calif. has an “Ol’ Fashioned 4th of July Parade.”

The phrase helps communicate to people that the celebration has a long tradition, said Clark Kolterman, the board chairman of the Seward, Nebr. July 4 Committee. Seward can trace its July 4 events back 149 years, and between 40,000 and 50,000 people pour into the town of about 6,000 people every year for the celebration, he said.

“It’s a family event. We try to have some traditional events like the apple pie eating contest and the bubble gum blowing contest. We have watermelon and caramel corn — things you might have done or eaten 100 years ago,” he said.

Among the dozens of events during the day are a parade, musical performances, dancing, rope-twirling and even a traditional “anvil firing,” where gunpowder is placed between two anvils and lit. (The resulting explosion may toss the top anvil a few feet, although more explosive efforts elsewhere have blasted anvils 100 feet in the air).

Seward is far from alone. For example, in Aspen, Colo., there’s bike decorating, a picnic, a parade and a community street dance. Bridgeport, Calif. spreads its celebration over several days and includes a rodeo and a greased pole climb. Boyne City, Mich. has a Soap Box Derby race and a children’s pie-eating contest.

Almost all of these events promote themselves as family-friendly, and Kolterman said that’s a major part of the appeal. In Seward, that goes so far as to give high-school students major roles in helping to plan and run the event.

So if an ice cream social (Mackinac Island, Mich.), a bull-riding contest (Granbury, Texas) or a pancake breakfast (Blaine, Wash.) sound like good ways to celebrate the holiday, there might be an old-fashioned Fourth of July event nearby just for you.