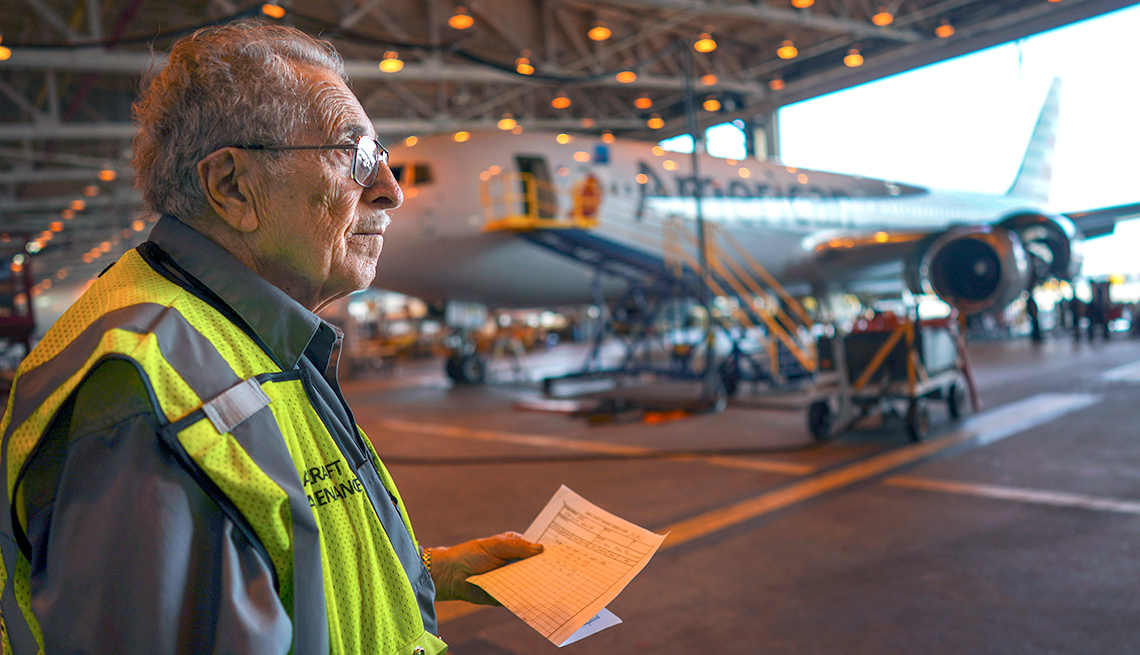 Azriel Blackman broke the record for the longest career as an airline mechanic.

Blackman, 91, was honored earlier this month by American Airlines for his 75 years of service, and he still works at Kennedy International Airport in New York five days a week. The airline held a celebration earlier this month as Blackman broke the record for the longest career as an airline mechanic (a distinction that has been certified by Guinness World Records). The company even dedicated a Boeing 777 in his honor.

Blackman started his career in 1942, as a 16-year-old graduate of Aviation High School. Serving as an apprentice for what was then known as American Export Airlines, he received a mere 50 cents an hour. Flash forward decades and Blackman still works a shift that begins at 5 a.m., although his coworkers say he typically comes in before 3.

“When I first started as a junior mechanic, Al was my crew chief, and he was celebrating his 45th anniversary. I thought to myself, Forty-five years with one company. That's amazing," Robert Needham, senior manager of aircraft line maintenance at JFK, said in a news release. “Here we are celebrating his 75th, 30 years later, and it's just mind-blowing.”

Blackman has cut back on physical tasks, and airline officials told the New York Times that his work is supervised by a co-chief.

“At this point in the game, I don’t think it would be good to go back to doing manual work,” he told the Times.  Even so, he said he has no plans to retire.