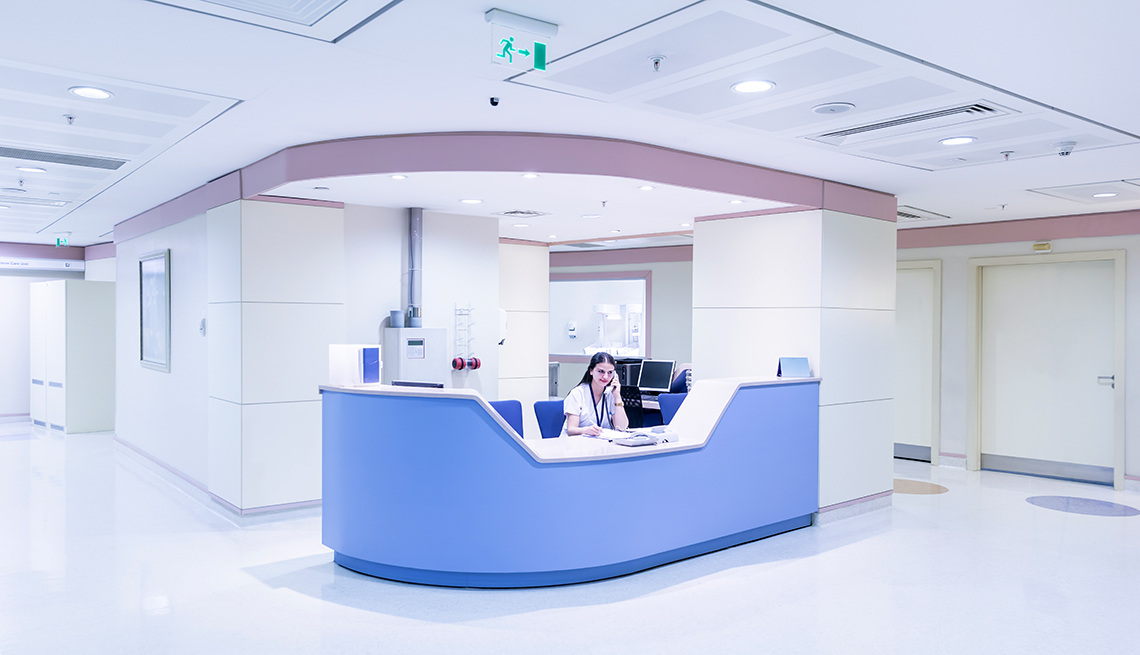 Patients who aren't admitted to the hospital as an inpatient can be classified under what Medicare calls “observation status,” meaning they are considered an outpatient and may be responsible for rehab costs.

It was 5 a.m., and 87-year-old Richard Keene got out of bed to help his frail wife go to the bathroom. He fell once, got up, and fell again. The second time, he severely injured his back and was rushed to a hospital by ambulance.

For three days last spring, Keene lay in an upstate New York hospital bed wearing a brace, undergoing tests, eating hospital food, and receiving medication to help ease his pain. He was then ready to be transferred to a facility for rehabilitation.

Keene was on Medicare, so his family assumed that since he was hospitalized for the three days Medicare requires to pay for rehabilitative care in a skilled nursing facility, the federal health program would cover most of his post-discharge treatment costs.

But there was a problem. The family learned that Keene had never been admitted to the hospital as an inpatient. His stay was classified under what Medicare calls “observation status,” meaning that Medicare considered him an outpatient.

“He couldn’t move by himself. They were doing tests on him. It seems like he was being treated like a regular patient,” says his daughter, Diane Keene. “I was really shocked.”

Keene spent two months in a nursing home getting back his strength. But his recovery cost him $24,339. Had Keene been admitted to the hospital as an inpatient, Medicare would have paid for 100 percent of his care for the first 20 days and then all but the $161-per-day copay for the rest of his stay. The Keenes have a supplemental insurance policy that would have picked up that copay, his daughter says.

“I tried to get them to admit him, but they wouldn’t change his status,” Diane Keene says.

“We’ve got to get this fixed”

Keene’s situation is not unique. A 2015 study by AARP found that of the 2.1 million people who were in hospitals under observation status that year, about 150,000 were discharged with instructions to go to a skilled nursing facility for rehab or other skilled care. But only 50,000 did so.

Some, like Keene, went to rehab and paid the tab out of pocket. Others returned home and never got the care they needed.

“These findings demonstrate the disproportionate financial impact on some patients who are unwittingly caught by Medicare’s arbitrary rules for coverage of hospital outpatient services and skilled nursing facility care,” says Keith Lind, strategic policy adviser at AARP’s Public Policy Institute and a coauthor of the study.

The AARP study also found that two-thirds of hospital patients who were on observation status paid substantial out-of-pocket costs for their stays. Another 10 percent paid more than if they had been formally admitted.

“The financial consequences for the patient can be enormous,” says Toby Edelman, senior policy attorney at the Center for Medicare Advocacy, which has filed a class-action lawsuit to give Medicare beneficiaries the right to appeal being classified as observation status patients. “We’ve got to get this fixed. It just doesn’t make any sense.”

In addition to the lawsuit, bills have been introduced in Congress over the past several years that would require Medicare to count the time a Medicare patient spends in observation status toward the three-day inpatient hospital-stay requirement for Medicare to pay for skilled nursing care.

AARP strongly supports such legislation. AARP Foundation has been fighting against Medicare’s restrictive interpretation of the three-day hospital rule dating back to 2008, says Kelly Bagby, a senior attorney with the foundation.

Congress did enact a law that took effect in March 2017 that requires hospitals to inform patients within 36 hours that they are in the hospital “under observation.” But advocates and patients say that doesn’t solve the problem.

Diane Keene says her father had been in the hospital for two days before the staff told her that he was there under observation. “I really didn’t understand what that meant,” Keene says, until it came time for him to go to rehab.

Edelman says family members are often distraught and in a vulnerable state when the hospital lets them know their loved one is under observation. They may not pay attention to the notice given the myriad of information and paperwork they are suddenly confronted with and their focus on their family member’s health.

The notice still doesn’t give patients the right to appeal their status, adds Edelman. Diane Keene tried to get the hospital to formally admit her father, but it would not.

Officials at the Greater New York Hospital Association (GNYHA) say “observation status” was designed to give doctors and hospital officials time to decide whether a patient who comes into the emergency department truly requires a hospital stay. Officials explain that the status was also a response to Medicare audits dating back to 2010 that found hospitals were admitting too many patients who did not require inpatient care.

Another Medicare rule states that if a patient is admitted to a hospital as an inpatient, if he or she does not remain there for at least two midnights, the hospital may not be reimbursed. This only adds to the general reluctance among hospital officials to designate people as inpatients.

The Center for Medicare Advocacy’s class-action suit contends that the rules pressure hospitals to put more patients in observation as a way to save money.

“Nobody wants the patient caught in the middle,” says Lorraine Ryan, GNYHA’s senior vice president for legal, regulatory, and professional affairs. “Hospitals do the best they can” to determine whether a patient needs to be admitted or can be sent home, she adds. The observation status gives clinicians a little more time to figure that out.

The Centers for Medicare and Medicaid Services also has been closely scrutinizing the number of times patients who are discharged from hospitals are readmitted soon afterward. Elizabeth Wynn, GNYHA’s senior vice president for health economics and finance, says that may also be a consideration when hospitals decide whether to admit someone or place them in observation status. Medicare financially penalizes hospitals with high readmission rates.

Edelman says that patients who find themselves in observation status and need rehab after being discharged could consider an alternative to a skilled nursing facility. Some options include doing at-home therapy or entering a hospital-based rehab unit. “We also suggest asking a personal physician to intercede” and try and get a patient’s status changed from observation to inpatient, Edelman says.