Fifty years ago, on July 30, 1965, President Lyndon B. Johnson signed Medicare — and its sister program Medicaid — into law in the presence of former President Harry Truman in Independence, Mo. Eleven months later, both programs went into effect, with Truman and his wife, Bess, receiving the first two Medicare cards. (Truman was the first president to endorse the idea of a national health insurance program.) 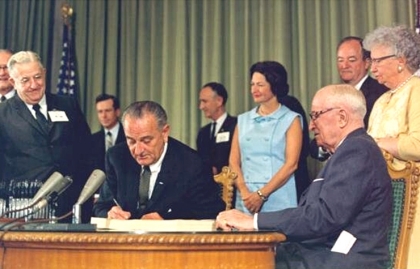 Before Medicare's passage, only about half of American seniors had any kind of health insurance, and much of what they did have was inadequate. So it was with genuine trepidation that Johnson and his administration looked to the day when Medicare was to begin. Would seniors put off seeking treatment until coverage started? Would the hospitals be stormed by patients brandishing their new Medicare cards, only to be turned away? Alarmed by that prospect, Johnson personally ordered military helicopters to be on standby, ready to whisk patients to Army hospitals if any civilian ones became overwhelmed. It never happened. The helicopters were never needed, and the rollout ran smoothly.

Thirty years later, in 1995, Social Security commissioner Robert Ball, who was responsible for getting Medicare up and running, noted that the program had amply succeeded. "Because of Medicare, hundreds of millions of older people and their sons and daughters have been better off," Ball wrote. Plus, he added, their quality of life had been greatly improved "because of the availability of many modern medical techniques that otherwise might have been affordable only for the affluent."

Before Medicare, many seniors without insurance or financial help from their children received hospital treatment in charity wards, cared for by medical students. Medicare changed that forever. Right from the beginning, Medicare required a standard of care equivalent to paying customers, Ball recalled. This "meant being cared for in the relative luxury of a two-bed semiprivate room. It meant being treated with respect."

It also meant the end of racial segregation in hospitals after Johnson, who had signed the Civil Rights Act into law one year earlier, ordered that any hospitals continuing to segregate black and white patients would not be eligible for Medicare payments. The hospitals integrated almost overnight.

Since then, Medicare has expanded greatly. In its first year, 19 million people signed up for the program; today it serves more than 54 million. Over the years, Medicare has added coverage for people with disabilities (1972), hospice care (1982), outpatient prescription drugs (2006) and free preventive services (2011). And Medicare now covers medical treatments that didn't exist in 1965, such as heart transplants, knee replacements and complex cancer medications.

Medicare still has yawning gaps — coverage for routine dental, vision and hearing care, for example — and comes with significant out-of-pocket expenses unless beneficiaries have other insurance to help pay the bills. And although it offers far more choices than it did in the beginning — with the option of receiving coverage through competing private health plans (Medicare Advantage Plans) instead of the traditional fee-for-service program — the system has also become more complex for beneficiaries.

Today, Medicare is facing perhaps its greatest challenge to date, as the baby boom generation ages into the system at a current rate of about 10,000 a day. In 2011, when the first boomers joined the program, the Medicare population stood at 47.6 million; by 2030, when the last boomer signs up, it will top 81 million. Given the rise in population and health costs, the system will no doubt be under financial strain unless some changes are made. Just what those changes should be is a topic of hot debate on Capitol Hill.

As it celebrates its 50th birthday, though, AARP and others are praising the system's overwhelming success. "Thanks to Medicare, all Americans age 65 and older are guaranteed access to health coverage — they can't be denied because of their age or health condition," said Nancy LeaMond, AARP executive vice president and chief advocacy and engagement officer. "Medicare represents health security for all Americans."

Patricia Barry is the author of AARP Medicare for Dummies. 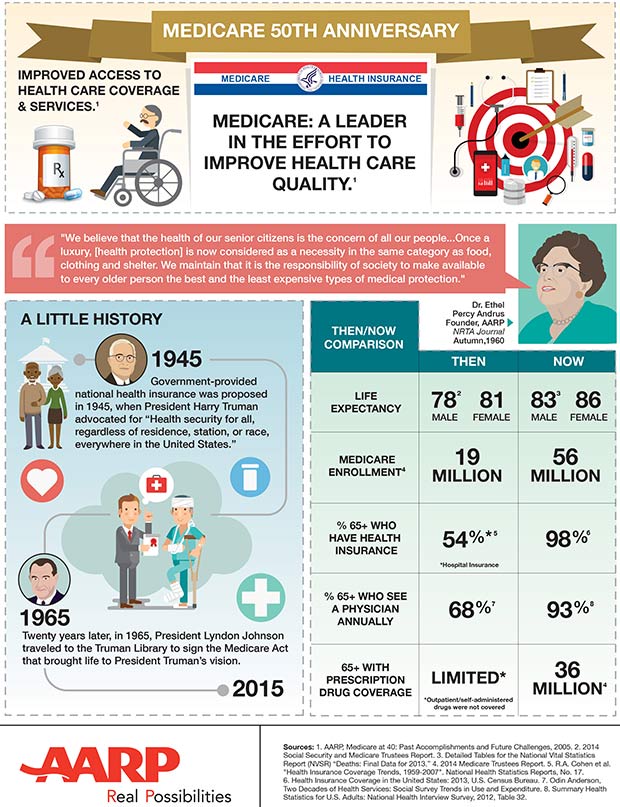 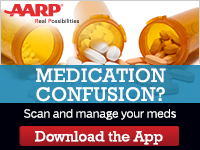