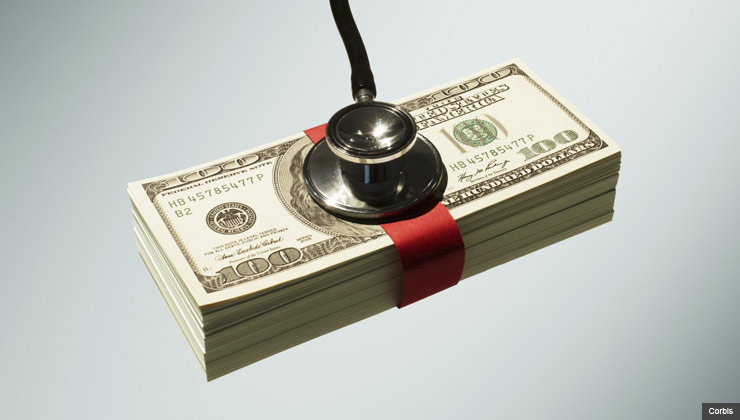 Will your Medicare Part B premium increase in 2014?

En español | Q. I just received an email saying that under "Obamacare" our Medicare Part B premiums will rise to $247 a month by 2014. Is this true?

A mass email claiming that the premium will rise to $247 a month by 2014 has been circulating since before the 2010 elections — and it still is. But it's just another attempt to scare older Americans and has never had any basis in fact.

Recent versions of this email even carry the official Blue Cross/Blue Shield of Alabama logo and seem to be signed by an employee of that health insurance company.

But Koko Mackin, the company's vice president of corporate communications, has repudiated the message. "It contains incorrect information received by an employee who redistributed it to six others," he told reporters. "We have a longstanding policy against distributing chain emails like this, and actions have been taken to reinforce this policy. We apologize for any confusion or concern this email may have caused."

The official formula for determining Part B premiums was established by Congress decades ago. The standard premium amount for each year is calculated on the level of Medicare health care costs in the previous year — and reflects the fact that the government pays 75 percent of Part B costs and beneficiaries pay 25 percent.

Have a question about Medicare? There's a good chance Ms. Medicare has already provided the answer you need. Check out the Q&As featured in the Ask Ms. Medicare Archive. If the information you’re looking for isn’t there, email your query to msmed@aarp.org. Be sure to include your name, age, state and ZIP code. Your name will not be published

This process is in no way affected by the new health care law, the Affordable Care Act (ACA), also known as "Obamacare." The law does, however, contain provisions to reduce the rate of Medicare costs over time — without reducing guaranteed benefits. If this plays out as planned, it could hold Part B premiums down or possibly even lower them.

But while the email makes bogus predictions about increases in the standard Part B premium, the new law did, in fact, make two changes that affect Medicare premiums.

Ever since 2007, under a law passed in 2003, people with Medicare have paid a surcharge on their standard Part B premiums if their modified adjusted gross income, as shown on their latest tax return, is higher than $85,000 for a single person or $170,000 for a married couple filing joint returns. Currently, fewer than 1 in 20 beneficiaries pays higher-income premiums.

But that percentage is likely to grow in coming years — and this development is the result of the new law. The law froze the income brackets at 2010 levels through 2019, which means that more older Americans will become liable for the surcharge — up from 5 percent now to 14 percent by 2019, according to an estimate from the Kaiser Family Foundation.

The new law also required these wealthier beneficiaries to pay for the first time a premium surcharge for Medicare Part D prescription drug coverage. This took effect in January 2011.

For details of these surcharges, see the Social Security publication "Medicare Premiums: Rules for Higher-Income Beneficiaries."